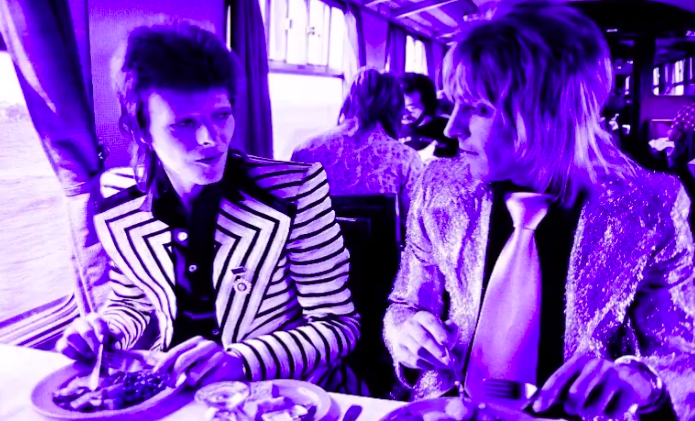 Back when I was a rebel-rock whippersnapper, the British/UK scene — and by association, that meant Ireland and Scotland as well — were considered pop culture high-lands that one wanted to visit and climb. Going to England was the idea; to see bands like Joy Division, Echo and The Bunnymen or Psychedelic Furs — before they came to the States — was the goal.

I finally got to England in 1979 for the World Science Fiction convention in Brighton; as a result, I was able to live out a rock fantasy by strolling along the boardwalk there, something memorialized in The Who’s “Quadrophenia,” their fantastic rock opera, one even better than “Tommy,” their first conceptual magnum opus.

Well those days are long gone; the scene is no doesn’t exist as it did. Many of the bands have dispersed, but now, thousands of recordings made by the late legendary Brit Deejay John Peel for his BBC 1 radio show have become collated and are available through streaming and YouTube. These recordings chronicled those days and the many groups that populated that scene. As noted on Wikipedia, this English disc jockey, radio presenter, record producer and journalist was the longest serving of the original BBC Radio 1 DJs, broadcasting from 1967 until his death in 2004. Over the decades he was broadcasting, Peel gave many bands their first radio exposure.

Original studio sessions from such artists as T-Rex and Nick Drake to Joy Division, The Smiths, The Cure and The Fall, to My Bloody Valentine, Nirvana, Sonic Youth, PJ Harvey, Mogwai, Yeah Yeah Yeahs, and many more were featured. Over 4,000 sessions made by over 2,000 artists ended up being put out as Peel Session EPs by his own Strange Fruit Records, which started in 1986 and carried on until he died at 65 on October 25th, 2004. Originally on CDs, some of them were released to streaming services, but many more were not, though people uploaded them to YouTube.

Recently this summer, blogger Dave Strickson created an alphabetized roundup of all the Peel Sessions he could find on YouTube which added up to nearly a thousand. Recordings of David Bowie and The Spiders From Mars, Roxy Music, Joy Division, New Order, Siouxsie & The Banshees, The Smiths, The Fall, Echo & The Bunnymen, Hole, Jack White, Elvis Costello, Cocteau Twins, The Jesus & Mary Chain, Sonic Youth, and so many more are now available, and more importantly, findable.

I could continue the list of the many, many bands to listen to but I think I just go back to the blog and start clicking…

So if you are inclined to either re-discover your youth or that of your parents, these sessions can sourced at this URL: https://davestrickson.blogspot.com/2020/05/john-peel-sessions.html

Suzanna BowlingJanuary 29, 2023
Read More
Scroll for more
Tap
What To Watch September 15th To Take Away The Blues
The Insanity of NYC’s Mayor Today