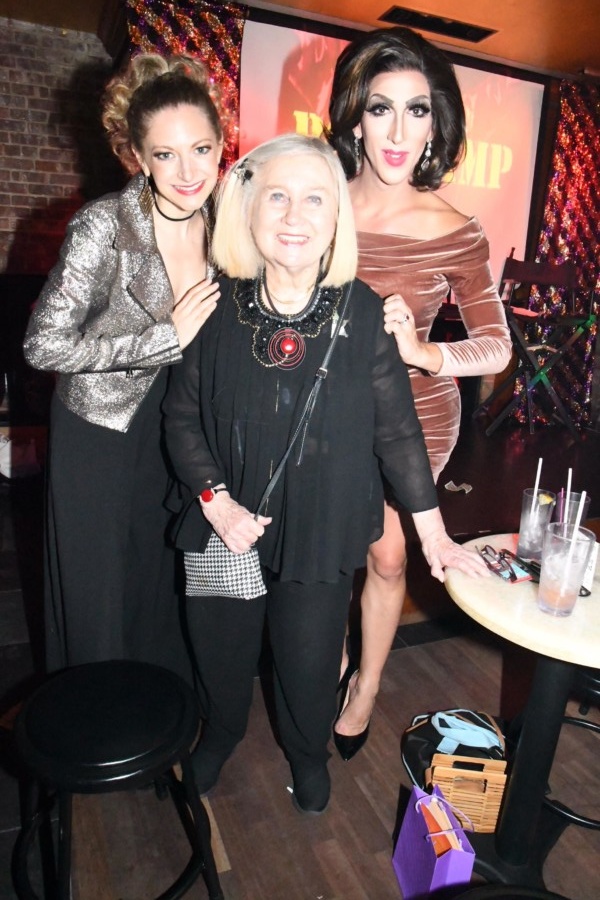 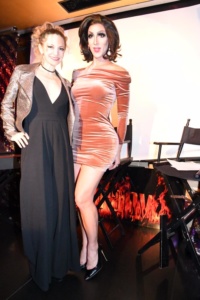 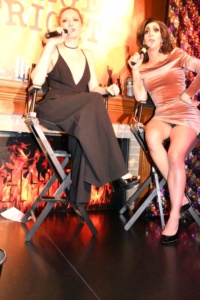 The drag talk show draws names straight off Times Square marquees. “Stage Fright brings the biggest names of Broadway out each week to chat about their careers and to just let their hair down and have fun,” says host Marti Gould Cummings. Broadway stars like Michael Longoria, Ann Reinking, and Tamyra Gray are unafraid to compete for attention and perhaps suffer some deprecation at the hands of a quick-witted drag queen in this sprawling lounge. 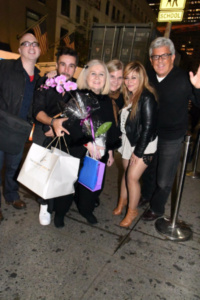 Last Thursday Lauren Molina was the guest on fire and it was her producer’s Pat Addiss’s birthday, so the party continued with cast members, the creative team and more. The night was a real hoot and oh so much fun! 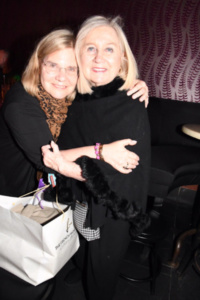 Guests were treated to Lauren singing “Somewhere That’s Green” from Little Shop of Horror’s and others. 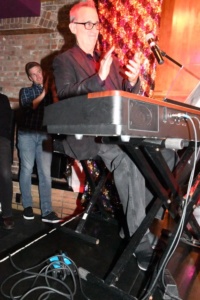 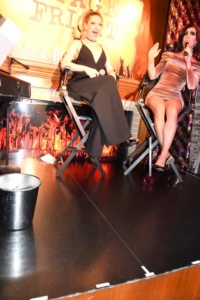 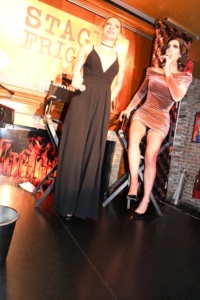