In 1991 Lea Salonga at the age of 21, won a Tony, Drama Desk and a Theatre World award for Best Actress in a musical in the original production of Miss Saigon. She became an overnight theatre legend. She removed barriers for other Asian artists, when she was cast in Les Misérables. She has been a Disney princess twice and on May 5th, Ms. Salonga, releases her newest album, “Blurred Lines”, on the LML Music label. She returns to Feinstein’s/54 Below May 9, where the CD, was recorded live last year. T2C was thrilled when offered a chance to talk and learn more about this amazing artist. 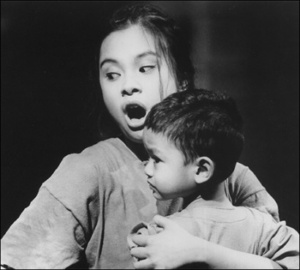 T2C: Does the revival of Miss Saigon bring back memories? What is your favorite?

Lea Salonga: I have various memories. The one that is the most memorable was turning 20 and getting an amazing cake that said “Now you teens are past their best give that virgin act a rest. “ It was a normal rehearsal day and boom happy birthday. It was great to be 20 and starring in a Broadway show. 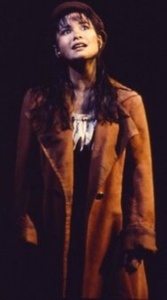 T2C: Your audition song for Miss Saigon was On My Own from Les Mis. What was it like getting to play that role after singing that song to start your career?

Lea Salonga: I was more terrified of playing that role. I was conscious of making sure everything was right. It was the first time an Asian was cast into this role so I needed to be connected. 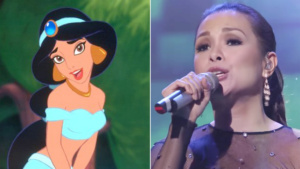 T2C: In Aladdin you worked with Alan Menken. What are your favorite memory from that?

Lea Salonga: One of my favorite scores is the Hunchback of Notra Dame. I just love “God Help the Outcasts” and “Out There.” Menken was at my audition for Aladdin, as was Tim Rice. I sang “Part of Your World” and they all watched with their heads down, because in a animated feature it is all about the voice. When I was done heads bounced up  and out of his chair Alan went directly to the piano. He starts playing “Part of Your World going up ½ steps every measure. Very vivid memory. 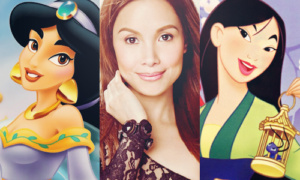 T2C: In Mulan you had a chance to break barriers. It seems in your career you have done that a lot. Did you set out to do this or was it just par for the course?

Lea Salonga: I wasn’t conscious in Miss Saigon, but in Les Mis I conscious, of that. I was the first Asian, so now others can play those roles. In Miss Saigon, there was so much controversy about Jonathan Pryce and we went the other way, so it seems right to that I did what I did. 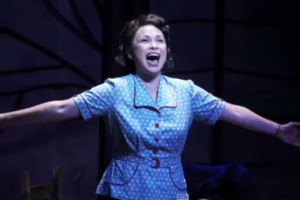 T2C: You fought for Allegiance. Why were you so passionate about this show?

Lea Salonga: I was passionate because George Takei is so passionate. This show told of WW11 and a specific ethnic group that was singled out because they look like the people who bombed Pearl Harbor. George Takei was included in that. The passion was steaming from post 911 and irrational fears that we saw happening again.

In Japan I loved Les Mis because it has such heart. Commitment and storytelling is important for a company of actors. They have to have a higher singular mind in telling the story. Heart is important. I jumped up on my feet for that production. I look for that in everything I do. 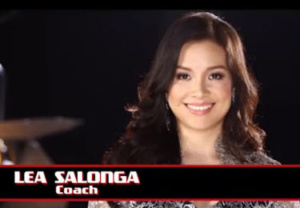 T2C: You became a part of “The Voice” in the Philippines. What did you learn from that?

Lea Salonga: So many talented people are in the Philippines. The newest version is teens 13 -17 and these 13 year olds are remarkable. You wonder how are you so talented at such a young age? Many genre’s are represented. It’s fulfilling. Being able to mentor and teach and ensure talented people have a chance. We get to change lives and make dreams come true. 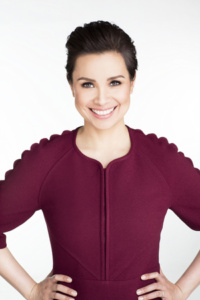 Lea Salonga: I don’t know anymore. I’m 46 and don’t know what’s available. Ms Lovett in Sweeney Todd or Dot in Sunday in the Park With George.

T2C: In your concert what would you like your audience to take away?

Lea Salonga: Besides that I can sing, it depends, an emotional experience, inspired. I can’t really say how someone should feel.

T2C: What song most describes who you are? 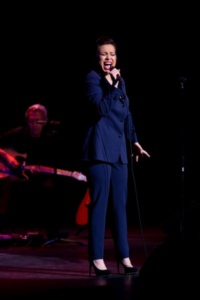 T2C: What inspired your new album? I know it is a live recording of your show, but how did you put that together?

Lea Salonga: Repertoire and with help from my residential musical director Lawrence Yurman who is conducting War Paint. Suggestions and Mash-ups and figuring out what would this be right for Feinstein’s/ 54 Below crowd. It also comes out of several concerts.

T2C: Are there plans for another Broadway show in the works?

Lea Salonga: I do hope so.

T2C: What composers would you like to work with?

Lea Salonga: Sondheim directly, new or old, John Kander, Pasek and Paul. I worked with Stephen Schwartz and I have done Andrew Lloyd Webber shows, but I would like to work with him personally.

T2C: What performers would you like to work with?

T2C: You inspire a lot of people. Who inspires you?

Lea Salonga: My daughter, my husband, my mom, my brother, numerous friends who work in musical theatre and people who make the world a better place.

Lea Salonga: My career is 40 years old and what ever has been asked has been said. I would like to not have everything be known I like to keep some things to myself.