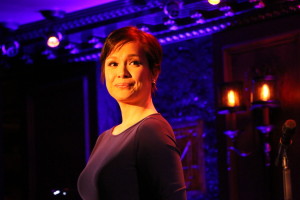 Lea Salonga just finished in her claimed role in Allegiance on Broadway, now she takes to the stage at Feinstein’s/54 Below for a highly anticipated NYC cabaret return. Singing her favorite standards, go-to pop tunes and Broadway ballads with just piano, guitar and voice.

Here her sing a mash up of “Song For You” with “I Can’t Make You Love Me.”

Salonga is a Tony, Olivier, Drama Desk and Outer Critics Circle Award winner for originating the role of Kim in Miss Saigon. She has also starred on Broadway in Les Miserables and Flower Drum Song. She has voiced two singing princesses in Disney animated films (Jasmine in Aladdin and Mulan in Mulan), appeared in both the 10th and 25th Anniversary concerts of Les Miserables, and toured the globe as a concert artist and released numerous solo recordings.