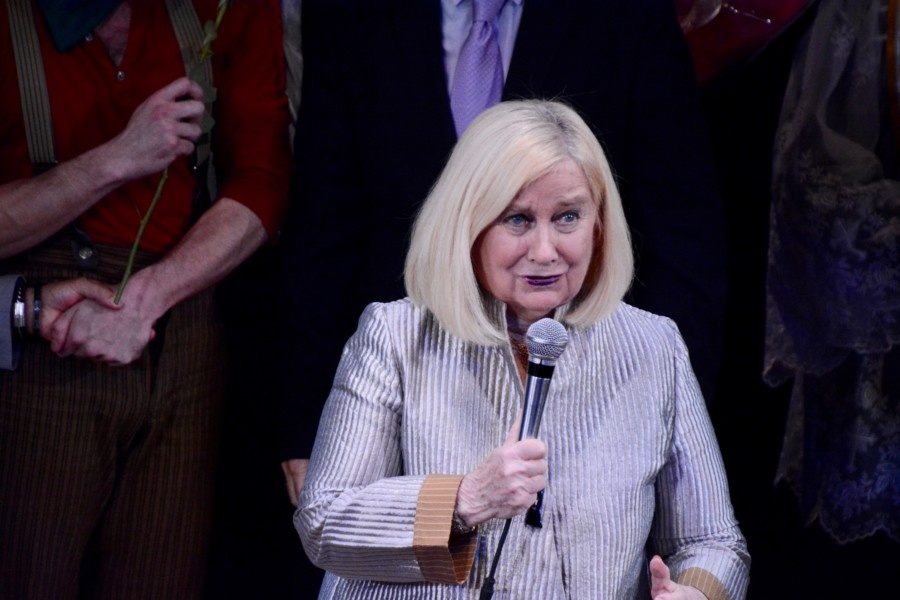 This event, which is open to the public, is part of the League of Professional Theatre Women!s (LPTW) Oral History Interview Project in partnership with the Library and is a highlight of LPTW!s 40th Anniversary Celebration.

Addiss, a long-time member of LPTW, has produced more than 20 plays on and off Broadway. Many of these have won or were nominated for a Tony, notably: A Christmas Story; Promises, Promises; Passing Strange;  Little Women; Chita Rivera: The Dancer’s Life; Bridge and Tunnel; Spring Awakening; 39 Steps; Vanya and Sonia and Masha and Spike; and Eclipsed. View her complete Broadway credits here.

A native New Yorker, Addiss began her theatre career at an early age. She was recruited by John Robert Powers to model at age 3, which led to her Broadway acting career. She was the youngest child on Broadway in Prologue To Glory. She was also the youngest person allowed in the Stage Door Canteen where she baked a cake every week and served it to servicemen. Addiss played the leading character, Ginny Layton, on the early daytime weekly soap opera: The Laytons.

Interviewer Roma Torre, who is a recipient of three Emmys and more than 30 other broadcasting awards, spent 28 years at NY1 where she was the channel!s midday anchor and chief theatre critic. Torre has reviewed more than 3,000 Broadway and Off-Broadway productions and has been inducted into the National Academy of Arts and Sciences Silver Circle honoring her for lifetime achievement in newscasting.

The Oral History Project interview is part of a series sponsored by LPTW in partnership with the New York Public Library for the Performing Arts at Lincoln Center. To view past Oral History interviews, visit the Library!s Theatre on Film and Tape Archive, or visit LPTW!s archive.

“This event is one of many upcoming, exciting in-person and online events, where we will honor signiaicant contributions of theatre women across all disciplines who represent a broad array of ethnic, cultural, and racial backgrounds. Most of our programs this 40th Anniversary Season for LPTW will celebrate our incredible Membership,” said Villar-Hauser.

Women working in the theatre industry are eligible to join LPTW. For more information on upcoming events and to join LPTW, visit: www.theatrewomen.org.

The League of Professional Theatre Women (LPTW) is a membership organization championing women in theatre and advocating for increased equity and access for all theatre women. Our programs and initiatives create community, cultivate leadership, and increase opportunities and recognition for women working in theatre. The organization provides support, networking, and collaboration mechanisms for members, and offers professional development and educational opportunities for all theatre women and the general public. LPTW celebrates the historic contributions and contemporary achievements of women in theatre, both nationally and around the globe, and advocates for parity in employment, compensation, and recognition for women theatre practitioners through industry- wide initiatives and public policy proposals.