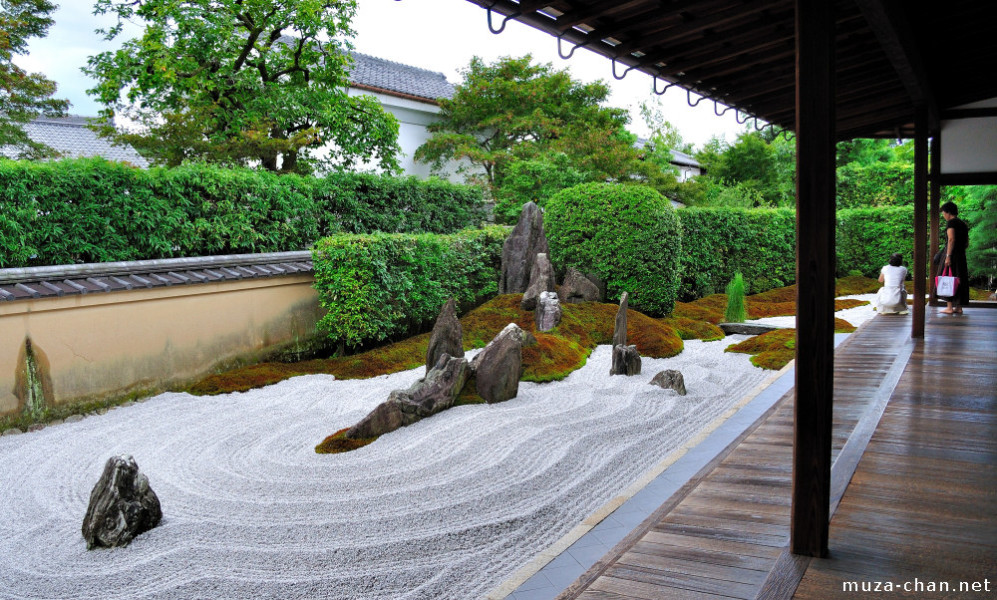 Learn the History of the Japanese Zen Garden

Learn the History of the Japanese Zen Garden

Are you looking for a tourist’s destination in Japan? Visit rock garden or karesansui (dry mountain water) that are renowned for their serenity and simplicity since the ages from the history of Japan. These are also called as Zen garden and are one of the beautiful and interesting architectures in the world. Many beautiful Japanese Zen gardens are now found in the different parts of the world in different forms. Many of them have evolved while in many parts if Japan you will find the originally designed rock gardens. These are the most fascinating and popular designs, and if you are in Japan, then it is must to see them.

So, if you are going to visit these rock gardens then knowing their history will enhance your experience in Japan.

History of the Japanese zen garden

Rock garden has its existence since the fifth major period, Heian period that was last period. This period started from the year 794-1185. Zen garden has its existence that can be found in the various findings of the archaeologists and historians. The model of this garden has been derived from the gardens of song dynasty. Originally, these were the religious site where the rocks were used to symbolize the mount Penglai. Mount Penglai is the place where the immortals of gods were kept as per the Chinese mythology.

In the gardening manual of sakuteiki, more specifics and features of these gardens were defined. The dynasty had put the basis of these spectacular gardens, and everything else was built on that basis. Various other gardens that are built on this model also include ponds, streams and are built on marsh style, ocean, and great river style. However, one thing is common in all such styles, and that is the use of white sand or gravel. Such gardens are found near temples and shrines and thus symbolize the purity of Shinto religion.

The Muromachi period was the period of the Renaissance as it began at the same time of this movement. In this duration, many rituals and culture like tea ceremony were evolved. At this time, Zen Buddhism was introduced. As Zen Buddhism became favorites among the people, the gardens started becoming a meditation spot for the people following it. The practice of this religion had changed the temples and gardens associated with them. You can see the changes in the said-ji.

Ryoan-ji is the most famous garden of Japan that was built during the end period. It is rectangular where five groups of stones are present. The garden is spread over the area of 344m2. These gardens are linked with the various achievements of Japanese in classical art style and landscape painting. These have the major impact on the Japanese culture, religion, art, and writing.

The zen garden had lost their traditional designs and style by the 1800s. The popular style is promenade garden during this time, but still, zen temples thrive the traditional and original style of a rock garden. These were not built near the water locations but later they moved to the other parts of the world including the borders of Japan and China. In the mid-twentieth century these flourished among the different parts of a world and now popular in even North America.

In 1880, a major event took place that destroyed the tofuku-Ji temple of the Kyoto city. It was the oldest temple in a city, but after many years architect Shigenori Mirei began the rebuilding of the temple along with the zen gardens. He built four gardens each facing the temple. All the four gardens describe the different periods of Japanese history and thus is a must watch architecture for tourists.

During the late nineteenth century, these gardens took the modern look and became more stylish in the UK, US, France, and Italy. Zen gardens are now popular all over the world, and you will see different styles of these gardens in different countries. 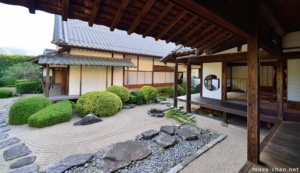 Styles and design of a zen garden

Although these have taken modern style and design selection of rocks is the most important factor of designing the zen garden. There are some specific rules for designing them. It is also believed that if these rules are not followed, then the garden will have to suffer from misfortune. It is also believed that selection of the stones is not the ordinary process. Japanese believe that everything in this world has the soul and thus it’s simpler for them to select the appropriate rocks. There is a complete instruction of selection of them.

The rocks that you will see in zen gardens will resemble animals, water bodies or any other symbols. There is a complete manual on it and designers should follow the manual. As already described above that these rocks are associated with some symbols so let us learn about the symbolism and philosophy of these beautiful architectures. 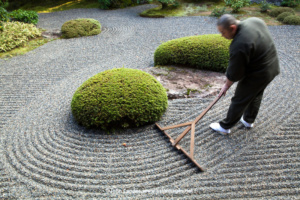 Rev Takafumi Kawakami is the vice-abbot at Shunkoin Temple and teaches classes about Zen culture and meditation and serves as a bridge between Eastern and Western cultures. Here Rev Takafumi is raking the temple’s Zen Garden. The Garden of Bolders, or Sazareishi-no-niwa, is the main garden of Shunkoin. The theme of the garden is the Great Shrine of Ise in Mie Prefecture. The Great Shrine of Ise is the head shrine of all Shinto shrines in Japan. This garden houses a shrine to Toyouke-no-omikami, a goddess of agriculture.

Gardens that you will find in different areas of the world are designed only for the aesthetic purpose, but the same is not for those you found in Japan. The particle of symbolism is associated with Zen Buddhism, and this continues. The significant symbol is the mountain, and the rocks of these gardens often symbolize mountain or Horai. Some gardens also express mathematical constants.

These were also designed to spread philosophical or political messages. The messages were displayed according to the arrangement and composition of rocks. Such messages are related to the journey of life. The most important symbol is the Zen Buddhist religion which was the original reason behind its popularity. The samurai also followed this religion, and since that point, these gardens became popular and came into the touch of modern style and designs by other practitioners. Most of the architecture that you will see in Japan is the mimic of the original designs that were present in the past.

Zen gardens are not just the garden full of rocks; they are the mirror of Japanese history, culture, art, and painting. Nothing can be better than visiting them and understand the simplicity of these designs.

Suzanna BowlingSeptember 17, 2020
Read More
Scroll for more
Tap
Leonard Bernstein: The Power of Music at The National Museum of American Jewish History
5 Gorgeous New York Landmarks You Must See On Your Next Visit