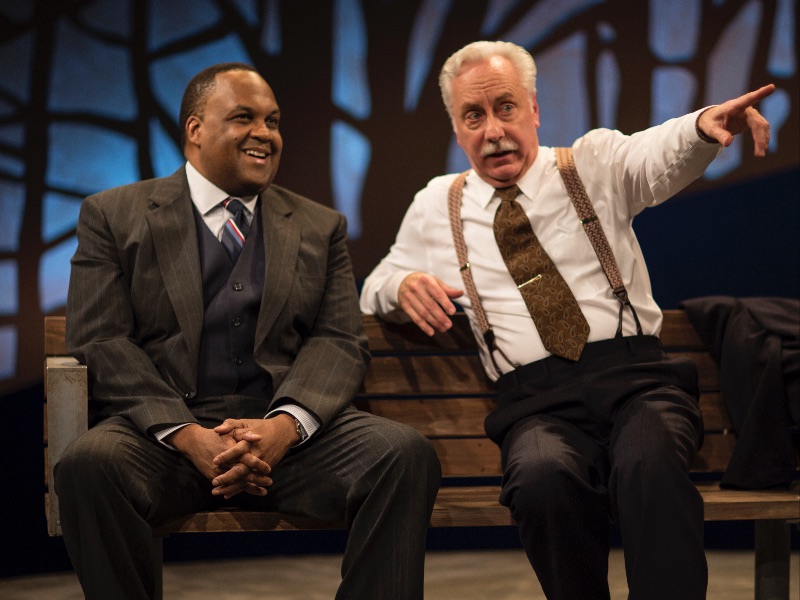 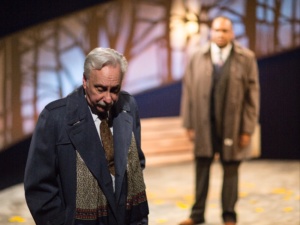 “We look across the table, and we see ourselves…” 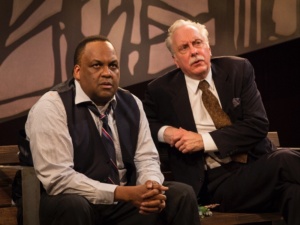 Lee Blessing’ s 1988 A Walk in the Woods has become a little more cynical and a little disheartening. The last time I saw a production of this play was in 2014 when the Keen Company switched up the pace with Kathleen Chalfant as the Russian negotiator. Chalfant’s performance was memorable, but kudos to The Barrow Group’s Martin Van Treuren, who makes Botvinnik his own. 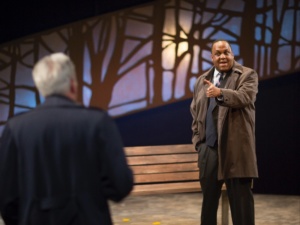 A Walk in the Woods is based on a real event from 1982 when American diplomat, Paul Nitze and Russian negotiator, Yuli Kvitsinsky met. It is a character study about the developing relationship between two arms-limitation negotiators – one Russian and one American – over a year of negotiations. Set in the wooded outskirts of Geneva, scenic designer Edward T. Morris has created a lovely silhouette that cocoons the fishbowl these two are in. Botvinnik (Martin Van Treuren), a seasoned veteran, knows the ropes. He has mastered the Soviet “hard line”. Though humorous, he is also profoundly cynical. Botvinnik wishes to get to know the new negotiator better and for them to become friends, not just colleagues. His young, American counterpart, Honeyman (K. Lorrel Manning), is an idealistic newcomer to the arms-control talks. He believes through perseverance and honest bargaining they can accomplish something. As Honeyman puts it, “Making friends is a fine thing, but not on someone else’s time, so to speak.” As the seasons change, both of these wise and decent men forge a bond. In the end, Botvinnik announces that he is leaving his post, Honeyman now knows that he must confront a “new man” who will bring with him mistrust and a friendship must be forged again. 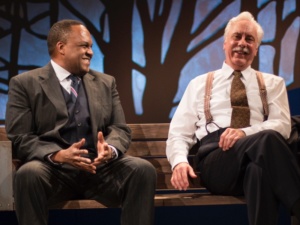 For this play to truly work, you need two actors at the top of their game. Martin Van Treuren is wonderfully cast. I really loved his balance between diplomat and humorist. He is like watching a master class in acting. K. Lorrel Manning just seems miscast. I never believed he was a diplomat and I’ve known several. There is a cadence and a cat-and-mouse feel to their speech and though Honeyman starts off as someone new to this game, he is supposed to be a prized negotiator.

Controlling a destructive technology that could literally wipe out all life on earth—certainly hasn’t become dated, but sadly seems inevitable.