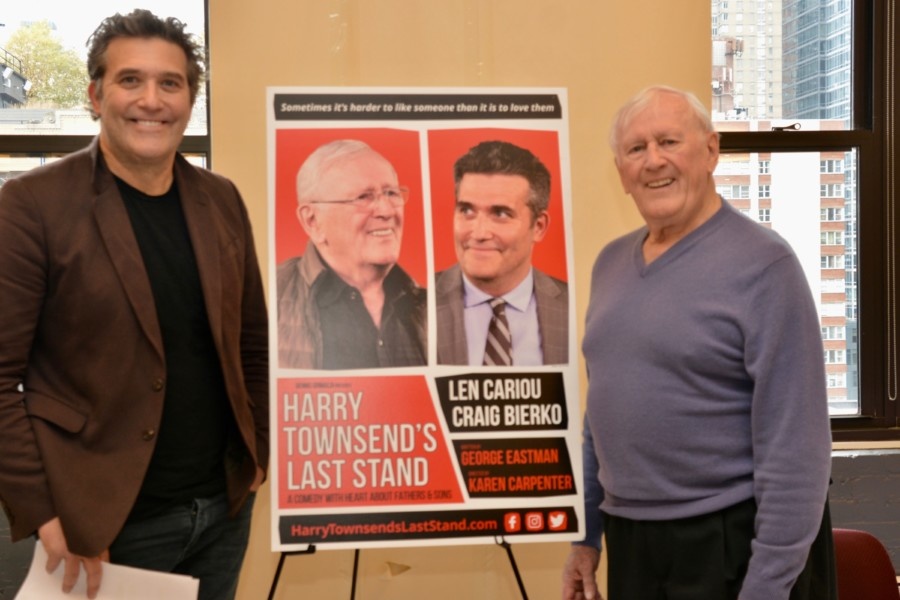 Director Karen Carpenter (Love, Loss and What I Wore; Handle With Care) talked with us about directing the play and her own personal journey with her mother.

The show is written by George Eastman (The Snow Job; Bitter Exchange)

Harry Townsend’s Last Stand is a comedy with heart. The show centers around 85-year-old Harry Townsend (Cariou), a widower, living alone in the Lakeside home he built in Vermont. While he still possesses a sharp mind and a dry wit, he is getting up there in age. Beside his daughter, Sarah, the one happiness in his life is his son, Alan (Bierko), who is finally coming home after an 18-month absence. Yet Alan’s return is accompanied by an agenda that puts the aging father and his concerned son at odds. Harry Townsend’s Last Stand tells a story of complex family dynamics, passion, humor and the shorthand of communication that we have with our loved ones. You will laugh until you can’t.

Suzanna BowlingMarch 4, 2021
Read More
Scroll for more
Tap
Nice and Shiny: Ryan McCartan is a Star on the Rise
You Are There: Inside Rehearsal for Rockers On Broadway: The 70’s Part 2