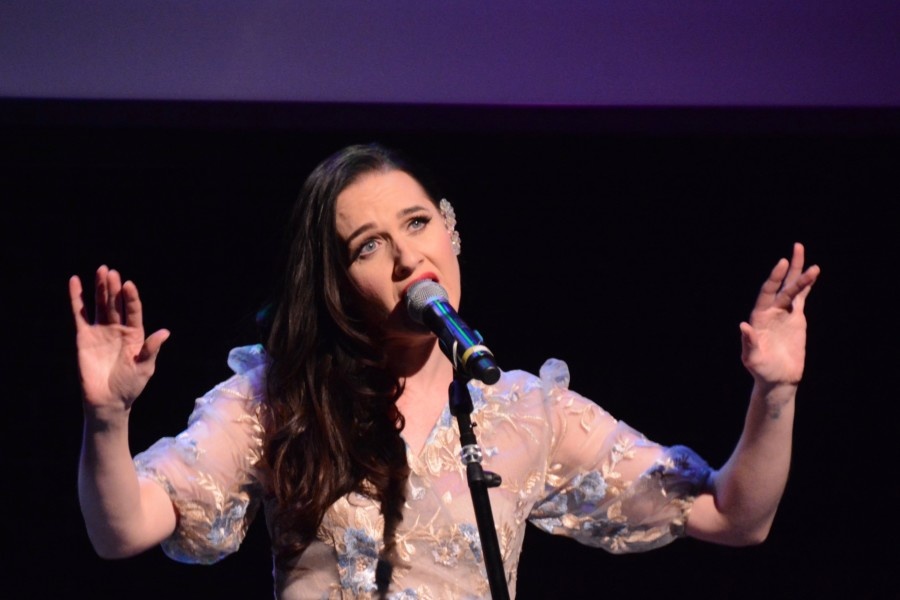 The Sheen Center for Thought & Culture presented Tony Award winner Lena Hall in “The Art of the Audition: From Falling Apart to Nailing the Part” live onstage in the Loreto Theater.

Fans experienced the ups and downs of a Broadway life through reenactments of Lena Hall’s most unforgettable-and regrettable-musical theater auditions, from epic fails to career-defining “nailed it!” moments.

The show featured songs and stories from Wicked, Cats, Sweeney Todd, Les Miserables, Phantom of the Opera, Rent and more.

Born and raised in San Francisco, Lena Hall traveled the world performing and received her first big break singing for St. John Paul II at Candlestick Stadium for over 50,000 people at the young age of 7.

Hall was a member of the Young People’s Teen Musical Theatre Company in San Francisco and at the age of 17, joined the national tour of Cats. When not on the Broadway stage, Lena performs with her band The Deafening.

Previous Broadway and Off-Broadway roles include starring as Yitzhak in Hedwig and the Angry Inch, a role for which she won a Tony Award for Best Performance by an Actress in a Featured Role in a Musical.

Starred in the award-winning The Toxic Avenger at New World Stages.

Film and TV roles include Young Miranda in the Sex and the City film, The Stepford Wives, The Graduates, “All My Children,” and “Legally Blonde, the Search for the Next Elle Woods.”

My View: The Made All The Pieces Fit At This Concert..Michael Feinstein & Jimmy Webb