Leonard Bernstein: The Power of Music at The National Museum of American Jewish History 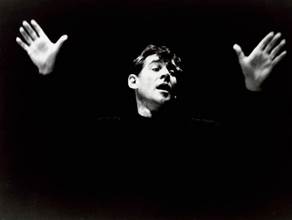 Leonard Bernstein: The Power of Music at The National Museum of American Jewish History

Audiences may be familiar with many of Bernstein’s works, notably West Side Story (1957), but not necessarily how his approach to music was informed by the political and social crises of his day. Bernstein used the arts to express the restlessness, anxiety, fear, and hope of an American Jew living through World War II and the Holocaust, the Vietnam War, and turbulent social change that shook his faith: in God, in humanity, and in government. The exhibition focuses on this theme in Bernstein’s work—what he referred to as his “search for a solution to the 20th‐century crisis of faith.” It explores how he confronted this “crisis” by breaking racial barriers in his casting decisions for On the Town (1944), addressing America’s changing ideas about race and ethnicity in West Side Story, and giving a voice to the human rights crisis during the Vietnam era in his provocative theater piece, MASS (1971), as examples.

Ivy Weingram, NMAJH Associate Curator and curator of Leonard Bernstein: The Power of Music, says, “Leonard Bernstein is remembered as a passionate, larger-than-life personality—a charismatic conductor, devoted educator, and skilled musician. This exhibition will delve into his memorable works while also exploring a lesser known side of Bernstein—the second-generation American Jew who inspired social progress, both on and off the stage. As our nation continues to confront issues of race, religion, and what it means to be an ‘American’, Bernstein’s music takes on new, personal meanings for every audience that experiences it.”

Alexander Bernstein, Leonard Bernstein’s son and member of the exhibition’s Advisory Committee, shares, “I think it is so extraordinary that the National Museum of American Jewish History is putting on this exhibition about my father and his life as a Jewish American icon. While the Museum looks back at great figures in American Jewish history, it also is so actively looking forward. My sisters and I are very conscious of bringing our father’s legacy to a new generation, and the Museum is doing a fantastic job of that.”

The exhibition brings together approximately 100 original artifacts and photographs, some never-before-exhibited in public. Artifact highlights include Bernstein’s piano, an annotated copy of Romeo and Juliet used for the development of West Side Story (originally imagined as East Side Story), the program for his Carnegie Hall debut, hisconducting suit, his easel used for studying scores and composing, and much more. Bernstein’s Jewish heritage, so deeply
ingrained in him by his parents and so intricately woven through his life and work, is conveyed through a number of artifacts, including the mezuzah that hung in his studio, the Hebrew prayer book he carried with him when he traveled, his ketubah (Jewish marriage contact), his family’s Passover seder plate, and the Talmud (book of Jewish law) given to Bernstein by his father.

The exhibition also features a variety of films, sound installations, and interactive media. Visitors will hear from Bernstein himself through archival recordings and documentary footage, alongside interviews with those who knew him best. Film clips of Bernstein conducting, his visit to Israel in 1967, and excerpts of West Side Story highlight key moments in Bernstein’s life and career. A state-of-the-art multimedia interactive invites visitors to explore the many layers to Bernstein’s original compositions, including how Bernstein the composer wove elements of synagogue music and his own family’s history into his works for film, Broadway, and orchestra. To communicate the significance of Bernstein’s visit to a Displaced Persons camp in Germany during Spring 1948—where he led an orchestra of Holocaust survivors—the Museum displays video testimonies from those who participated in this little-known moment in Bernstein’s life. An original film conveys the enduring impact of Bernstein’s MASS, re-contextualizing the monumental composition by combining it with contemporary examples of the power of music. Another original film features interviews with Bernstein mentees and fans, including Alec Baldwin (voice of the New York Philharmonic radio broadcasts), actor Mandy Patinkin, playwright Tony Kushner, and musician Wynton Marsalis.

The centerpiece of NMAJH’s public programming in celebration of Leonard Bernstein is the Jamie Bernstein Takeover in April, five days of music, film, and conversation featuring Leonard Bernstein’s daughter, in partnership with The Philadelphia Orchestra and Play On, Philly!. Public and education programming highlights planned in conjunction with Leonard Bernstein: The Power of Music include:

·         April 21 – Jamie Bernstein Takeover: Late Night with Leonard Bernstein. The cornerstone event of NMAJH’s Jamie Bernstein Takeover is a critically-acclaimed multi-media cabaret featuring Bernstein’s most intimate and favorite music, along with personal stories and even audio and film clips of the Maestro himself.  Hosted and narrated by Jamie Bernstein, the program features three internationally-renowned artists – soprano Amy Burton, and pianists John Musto and Michael Boriskin. Produced by Copland House.

·         June 3 – For Lenny. A special performance by Steinway pianist and Sony recording artist Lara Downes, whose For Lenny project honors Bernstein’s legacy and emphasizes the continued relevance of his work and life.  Bernstein’s son, Alexander, also will share stories from the stage.

Leonard Bernstein: The Power of Music received generous support from the National Endowment for the Humanities, which awards grants to programs demonstrating the highest scholarship and excellence. For more information, visit NMAJH.org/Bernstein.

Leonard Bernstein: The Power of Music has been made possible in part by major grants from the National Endowment for the Humanities: Exploring the human endeavor.

The National Museum of American Jewish History, located on historic Independence Mall in Philadelphia, brings to life the more than 360-year history of Jews in America. Tracing the stories of how Jewish immigrants became Jewish Americans, the Museum invites visitors of all backgrounds to share their own stories and reflect on how their histories and identities shape and are shaped by the American experience. An open door for all, NMAJH honors the past and contributes to a better future by sharing the power of imagination and ideas, culture and community, leadership and service, in ways that turn inspiration into action.

The National Museum of American Jewish History is located at 101 South Independence Mall East at the corner of Fifth and Market Streets in Philadelphia. Museum hours are Wednesday to Friday, 10:00 am – 5:00 pm, and Saturday and Sunday 10:00 am – 5:30 pm. The Museum will also be open Tuesday, 10:00 am – 5:00 pm during Leonard Bernstein: The Power of Music.  Museum admission is $15.00 for adults, $13.00 for senior citizens and youth, free for children 12 and under, Museum Members, and active military with ID; reduced prices available if purchased online. Connect with the Museum on Facebook, Instagram, Twitter, and Pinterest. For more information, visit NMAJH.org or call 215.923.3811.