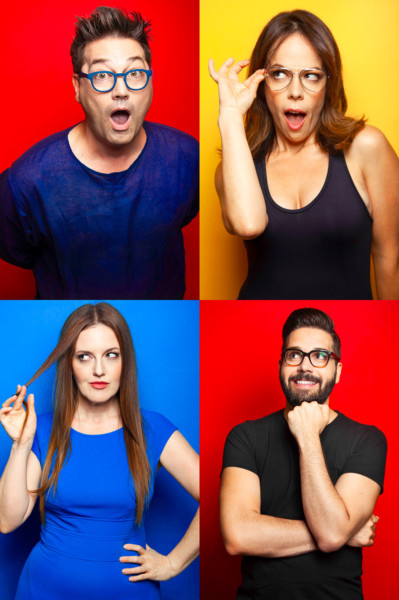 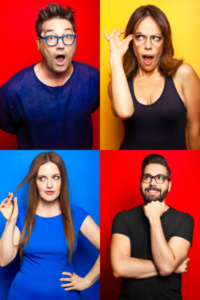 The inaugural season of The Fabulous Invalid will consist of 40 episodes, released weekly between Broadway performances on Wednesday two-show days. Select episodes will be taped from the group’s “usual table” at the famed theater restaurant Orso. Guests for this first season will be announced shortly.

The Fabulous Invalid is a brand-new Broadway-centric podcast hosted by theater stalwart Jamie Du Mont, Lucille Lortel Award winner Leslie Kritzer, writer and theater critic Rob Russo, and Tony Award nominee Jennifer Simard. On a weekly basis, the group digs deep into the minds of the most creative, brilliant, out-there, and passionate theater professionals on the planet. Their guests won’t tell us how they do what they do; they’ll tell us why they do it. Pull up a chair and join them as they gossip a bit, banter about all the latest news, and get up-close with the most prominent players currently working in the theater – from actors to producers, and stage managers to critics. Together, they’ll share their love for The Great White Way, or as it has long been known, “the fabulous invalid”.

Jamie Du Mont has sold luxury Australian sheets; designed souvenir t-shirts; and cooked for heads of state, movie stars, and – most notably – a very privileged pet on the Upper East Side. For the better part of the last decade, he has planned events ranging from two to ten-thousands guests in every New York City venue imaginable. But it was his career in the theatre, working on a string of flops that rivals the wall at Joe Allen, that continues to haunt him to this very day.

Rob Russo is a writer and theatre critic covering New York’s performing arts scene. He is the founder of Stage Left (www.stageleft.nyc), a website and weekly newsletter offering news, reviews, and reports, advice on what to see and skip, and tips and tricks for scoring affordable seats. Rob is also a Drama Desk Voting Member. A lifelong theatregoer and political junkie, he began his career in politics and public service, working as a close aide to Secretary Hillary Rodham Clinton through two presidential campaigns, four years at the U.S. Department of State, and in private life. Born and raised on Long Island, Rob holds a B.A. in political science and public policy and a J.D. from The George Washington University, and is a licensed attorney in the State of New York. Twitter / Instagram: @StageLeft_NYC

Also Jennifer Simard returns to The Green Room 42 for two encore performances of her show “Stigma.” After the sold-out, celebrity-packed premiere of her solo concert debut earlier this month, Simard will bring the show back on Monday, November 5 and Monday, December 17, both at 7:00 PM. Currently appearing on Broadway in Mean Girls, and acclaimed for her featured Broadway roles in Hello, Dolly!, Disaster! and more, Simard celebrates the crazy in all of us with laughs, pain and rock-n-roll, featuring songs by some of her favorite artists. The evening is conceived by Jennifer Simard, directed by Thomas Caruso and has musical direction and arrangements by Steve Marzullo. The band features Simon Kafka, Larry Lelli, Rob Russo and Marc Schmied. Sound design is by Marty Gasper with lighting design by James Roderick. Lael Van Keuren and Maggie McDowell serve as backup vocalists. “Stigma” features imagery by Sarah Jenkins Photography and makeup by Amanda Thesen Beauty. For tickets, please visit www.TheGreenRoom42.com.