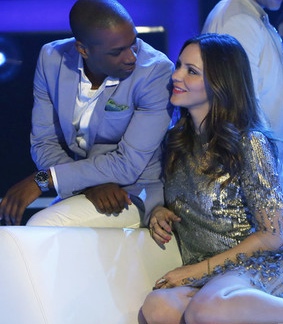 Hamilton‘s Leslie Odom Jr. and Waitress‘s Katharine McPhee was announce the Tony nomination Tuesday, May 1, at 8:30 a.m.. The live event can be viewed on CBS This Morning. The announcements also will be livestreamed at http://www.TonyAwards.com and http://www.Facebook.com/TheTonyAwards, and then be available at TonyAwards.com after the event.

The announcements will be held at The New York Public Library for the Performing Arts at Lincoln Center, with attendees including David Henry Hwang, Chairman of the American Theatre Wing; Heather Hitchens, President & CEO of the American Theatre Wing; Thomas Schumacher, Chairman of The Broadway League; Charlotte St. Martin, President of The Broadway League.