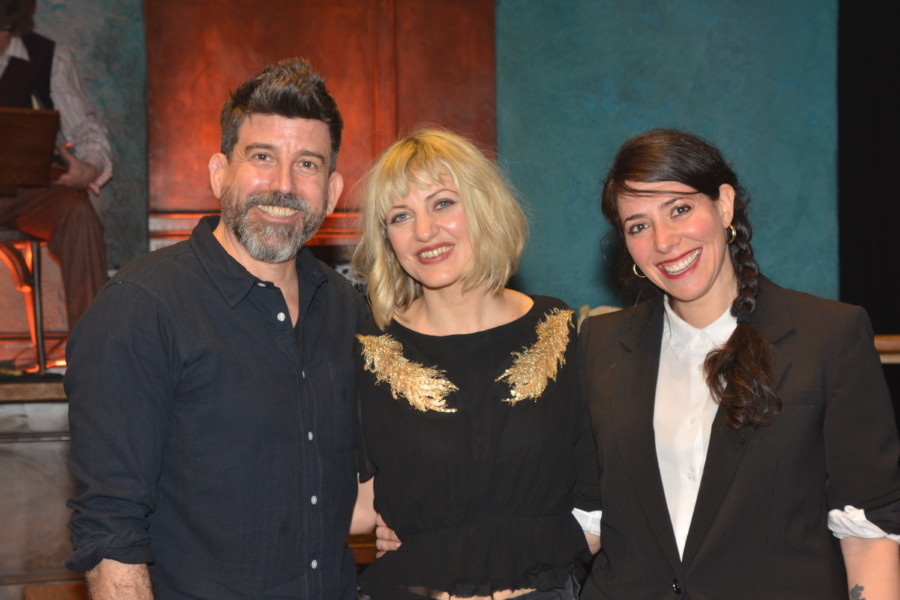 One of the biggest changes to Hadestown on Broadway is that a workers chorus was added. The mean choreographer David Neumann has been given a chance to expand his work.

David Neumann is a choreographer, dancer and actor. He eventually performed with the late club legend Willi Ninja, well known for his appearance in the film Paris is Burning.

He worked with Doug Elkins and was a founding member of the Doug Elkins Dance Company and worked with them for eight years touring nationally and internationally. He has worked with directors such as Hal Hartley, Laurie Anderson, Robert Woodruff, Lee Breuer, Peter Sellars, JoAnn Akalaitis, Chris Bayes, Mark Wing-Davey, Daniel Sullivan, Les Waters and Molly Smith.

Neumann has received various critical accolades for his work both as a dance and as a choreographer. Notably he received a Bessie award in 1991 for his performance and in 1998 for his choreography.

Neumann founded his own company called the advanced beginner group in 2001. His work has been supported by various grants including the Foundation for Contemporary Arts Grants to Artists award (2011), 2009 Creative Capital Award, a 2007 Meet the Composer Grant, a 2004 Rockefeller Foundation Multi-Arts Production grant and a 1993 Princess Grace Fellowship in Theater. This group has received various commissions and most recently appeared at Jacob’s Pillow Dance Festival.

Lawrence HarbisonMay 23, 2022
Read More
Scroll for more
Tap
Kiss Me Kate Where The Hell Cat has Been Tamed Into a Beautiful Sophisticated Songbird
Let’s Talk Hadestown with Rachel Chavkin