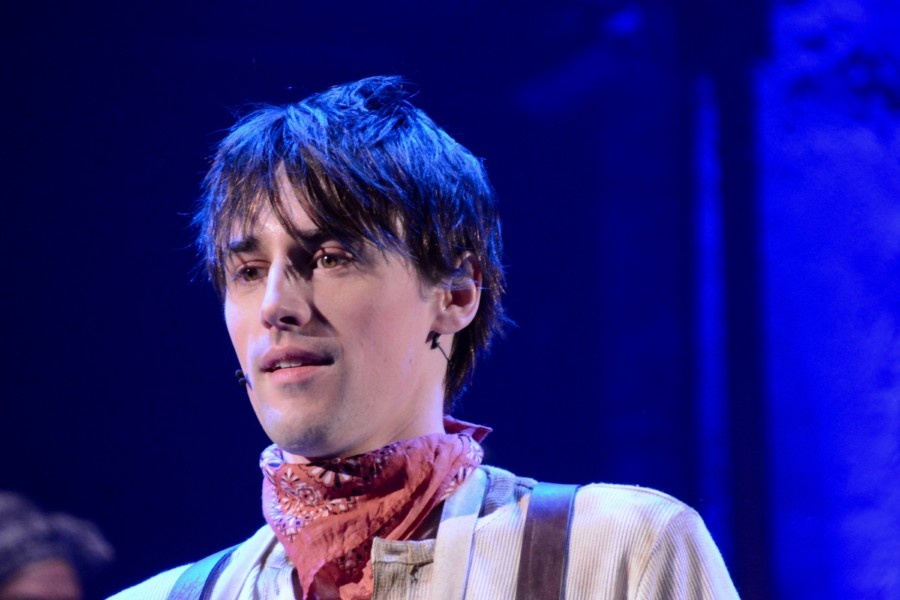 Anaïs Mitchell’s underworld-set folk opera, which premiered Off-Broadway at New York Theatre Workshop in 2016, returns. Hadestown, a modern reimagining of the legend of Orpheus and his quest to Hades to rescue his beloved, Eurydice begins previews tonight March 22 at the Walter Kerr Theatre.

The cast is led by Tony Award nominee Eva Noblezada (Miss Saigon) as Eurydice and Reeve Carney (Spider-Man: Turn Off the Dark) as Orpheus. The are joined by André De Shields (The Full Monty) as Hermes, Patrick Page (Saint Joan) as Hades, and Amber Gray (The Great Comet) as Persephone.

Reeve made his first appearance on the big screen in the film The Saint of Fort Washington (1993) with a small role. In 1999, Reeve got the role of the young Ishmael Chambers in the film Snow Falling on Cedars, earning him the “Best Performance in a Feature Film” on 2000 Young Artists Awards.

In 2010, he was hand-picked by the director Julie Taymor to play Ferdinand in William Shakespeare’s play The Tempest. Taymor also cast Reeve for the lead role of Spider-Man in Spider-Man: Turn Off the Dark on Broadway.

In 2012, Reeve played Taylor Swift’s love interest in her I Knew You Were Trouble music video. In 2014, Reeve was cast as Dorian Gray in the Showtime series Penny Dreadful. In 2016 Kenny Ortega’s cast Reeve to play Riff Raff, the Handyman, on Fox’s remake of The Rocky Horror Picture Show.

Reeve a highly accomplished musician can be seen at The Green Room 42 and with his brother Zane in their band Carney.