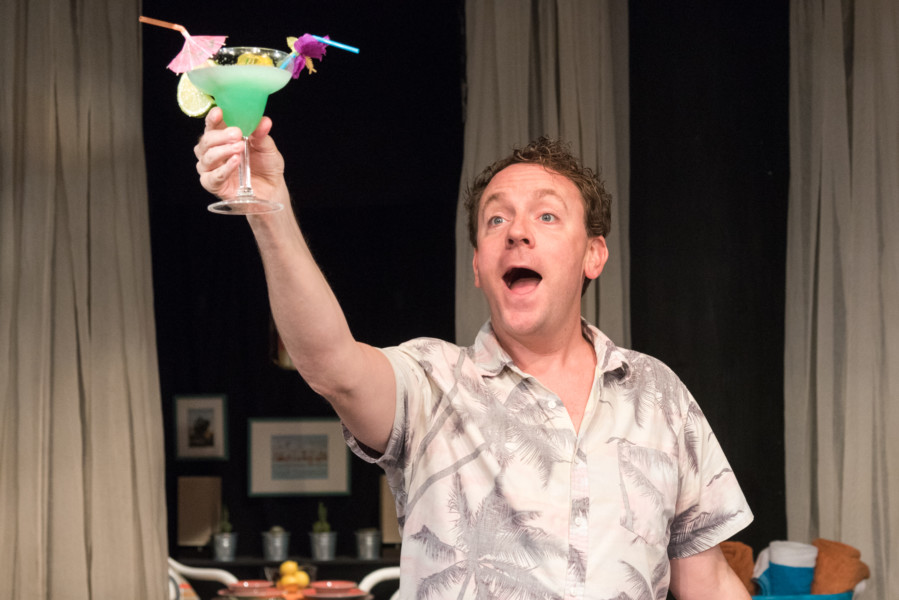 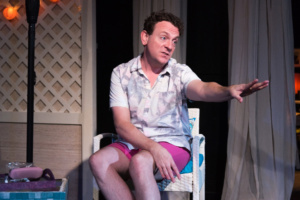 BroadwayHD, the premier streaming service for live theater productions, announces today that it will debut Bright Colors And Bold Patterns – the Off Broadway hit hailed as “scorchingly funny” by The New York Times – at Outfest Los Angeles LGBTQ Film Festival on July 18th.  The show’s final live performance filmed by BroadwayHD will also be available on the platform July 19th. 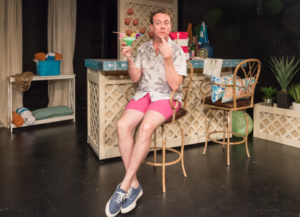 Bright Colors And Bold Patterns is a riotous new solo play that storms the stage with ferocity and wit, deemed “hilarious” and “uproarious” by The New Yorker, “fantastic” and “pure magic” by Time Out New York, and “side-splitting” and “fresh” from The Huffington Post. It has also been hailed as “raucous, witty and occasionally moving” by The Daily Beast, “a very funny play” by The New York Post, “outrageous and stinging” by Out Magazine and “relentlessly funny” by Buzzfeed.  The show returned for a triumphant run after stellar reviews and popular demand at SoHo Playhouse, and performed its final live show on April 9th, 2018. 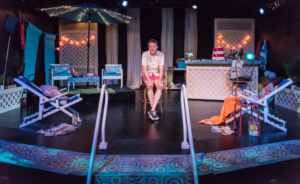 The screening will take place at 7:00pm on July 18th at DGA Theatre 1 as part of Outfest’s programming. To purchase tickets, visit Outfest.org. 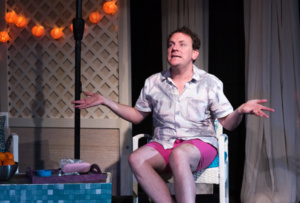 Directed by Michael Urie (Torch Song, Buyer & Cellar, “Ugly Betty”), Bright Colors And Bold Patterns follows Josh and Brennan who are about to get married in Palm Springs on a lovely Saturday afternoon. However, the night before becomes a drunken, drug-fueled riot, because their friend Gerry has arrived, furious that their invitation says “Please refrain from wearing bright colors or bold patterns.” In the struggle for equality, what do we really want? What do we lose? And is there any cocaine left?

The BroadwayHD production is produced by Stewart F. Lane and Bonnie Comley and directed by David Horn, executive producer of PBS’s Great Performances for WNET. The multi-camera capture delivers the live performance specifically for a streaming audience, bringing this unique performance to life for viewing to subscribers anytime, anywhere.

Drew Droege is best known for his online parody videos of downtown indie “it girl” darling Chloë Sevigny, featured in Entertainment Weekly, The Advocate, Huffington Post, Time Out New York, and Marc Jacobs’ 2016 Spring campaign. He will be seen on Paramount Network’s TV upcoming reboot of “Heathers.” Other TV credits include Logo’s “Cocktails & Classics,” “Transparent,” “Big Mouth,” “Life In Pieces,” “Nobodies,” “IdiotSitter,” “Bajillion Dollar Properties,” “Bob’s Burgers,” “Drunk History,” “2 Broke Girls,” “Comedy Bang! Bang!,” “House Of Lies,” “Kroll Show,” “Key & Peele,” “New Girl,” “Happy Endings,” and “How I Met Your Mother.” He’s appeared in the films Ideal Home, The 4th, The Circle, Scouts Guide to the Zombie Apocalypse, You’re Killing Me, and Eating Out: Drama Camp. He is an alum of The Groundlings and Upright Citizens Brigade theaters in Los Angeles, where he performs regularly. Earlier this year, he starred in Charles Busch’s Ovation-recommended Die Mommie Die! at Celebration Theatre in LA, and recent stage credits include Julie Brown’s The Homecoming Queen’s Got A Musical, The Golden Girlz, and musical parodies of Troop Beverly Hills and The Devil Wears Prada. He’s an Outfest Award winner, one of Out Magazine’s “Out 100,” and host of the podcast “Drew Droege’s Minor Revelations” on Feral Audio. This year he won an Indie Series Award as Best Guest Actor for “#ADULTING.”

Michael Urie has appeared as an actor on Broadway (How To Succeed In Business Without Really Trying), Off Broadway (The Government Inspector, Buyer & Cellar, Shows For Days, Angels in America, The Temperamentals and The Cherry Orchard), on TV (“Ugly Betty,” “Partners,” “Modern Family,” “Younger,” “The Good Wife,” “Hot In Cleveland,” “Workaholics” and hosts “Cocktails & Classics”) and in Film (Beverly Hills Chihuahua, WTC View, Jeremy Fink and the Meaning of Life, The Decoy Bride, Petunia, and Such Good People). Behind the camera, Michael executive produced the feature film Grantham & Rose, co-directed and executive produced the award-winning documentary Thank You For Judging, and directed He’s Way More Famous Than You (feature film), The Hyperglot (short film), and “What’s Your Emergency” (web series) – all titles available on VOD. He was trained at Juilliard. This season, he starred in Hamlet at Shakespeare Theatre Company in Washington DC, and Harvey Fierstein’s Torch Song at Second Stage Theatre in New York, which will transfer to Broadway in the fall.

BroadwayHD, founded in 2015 by Tony Award® winning producers Bonnie Comley and Stewart F. Lane, is the only online streaming service of its kind, offering “Broadway Your Way” through an unprecedented in-hand theatre experience that delivers premium live productions to theatre fans globally. In addition to exclusive live streamed content of the world’s best productions, BroadwayHD offers subscribers unlimited on-demand access to a library of more than 200 theatre productions from the comfort and convenience of their own homes – or wherever streaming is possible. It’s the Broadway you know and love, curated from the stage to your screen.