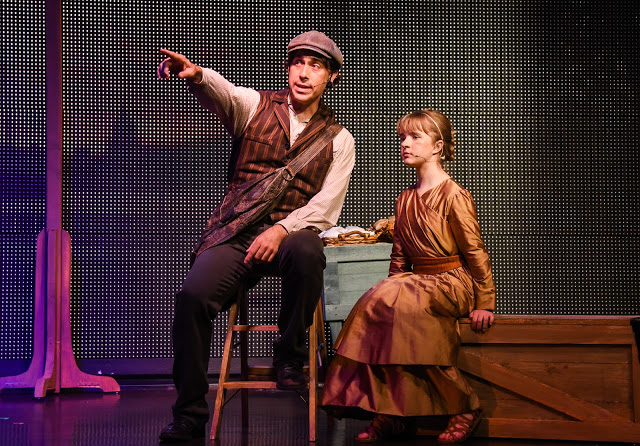 Liberty: A Monumental New Musical Fails to Capture The Essence of That Famous Statue

Liberty: A Monumental New Musical Fails to Capture The Essence of That Famous Statue 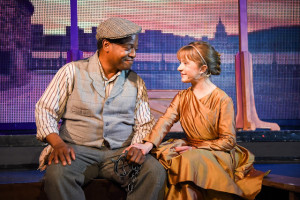 Liberty: A Monumental New Musical is blessed with some talented singers, a story that should capture American’s heart, but sadly doesn’t. More like a show by Theatreworks USA, this musical seems amateurish and trite.  Maybe if we cared about the statue or is she a girl (that in itself was confusing), the show would have made us care just a little bit more.

Meant to tell the story of how the Statue of Liberty, came to be, facts have been contrived or left out to make the story palatable and “politically correct.” A lot of the time I felt the story had a political agenda on how America was horrific to the immigrants. Set between 1884 and 1886, Liberty (Abigail Shapiro) is the daughter or is it statue, of French sculptor Frédéric Auguste Bartholdi (Ryan Duncan), who designed the statue as a “gift,”  when in fact the gift came with a hefty price tag to set her up.

The facts are when no significant government funding emerged, Bartholdi contrived every possible fundraising strategy himself, including a national lottery in France. This we do not see. 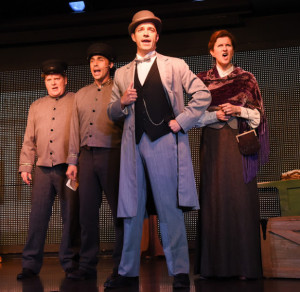 Trying to get into the country Liberty meets politician, Francis A. Walker (Brandon Andrus), who seems to be modeled after Donald Trump. His campaign slogan for not allowing immigrants in is; “America for the real Americans.” Also cashing in on Trump ‘s statements; Liberty sings  “You can’t put up a wall.” When Walker wants to send Liberty back home, newspaper magnate Joseph Pulitzer (Mark Aldrich), gets involved. He decides to print the names of every person who donated even a penny to getting the Liberty a pedestal. Emma Lazarus (Emma Rosenthal), the poet whose charitable work for refugees at Ward’s Island, where she helped Jewish immigrants who had been detained by Castle Garden is bastardized. It was William Maxwell Everts and author Constance Cary Harrison who asked Lazarus to compose a sonnet for the “Art Loan Fund Exhibition in Aid of the Bartholdi Pedestal Fund for the Statue of Liberty” – an art and literary auction to raise funds for the Statue’s pedestal run by the American Committee for the Statue of Liberty. In turn, Lazarus, inspired by her own Sephardic Jewish heritage and her experiences working with refugees wrote “The New Colossus.” After the auction, the sonnet appeared in Pulitzer’s the New York World as well as The New York Times, but in this version we are lead to believe that Ms. Lazarus wrote it because of Pulitzer.

What was interesting, though not explored was to learn more about Castle Gardens.

This 80-minute show, is filled with seventeen songs, that all sound alike. The canned music for the most part overpowers the terrific singers. (Note to who ever is in charge of the sound mixing; sit in the theatre and realized canned music should be overpowering your singers.) With book and lyrics by Dana Leslie Goldstein and music by Jon Goldstein the numbers that work, are only because of the talented artists who sing them. Mark Aldrich made “Possible” fill the room, not easy with the sound design. Brandon Andrus had presence and Ryan Duncan needs better material as he is gifted and watchable. Playing a stonemason who is also a former slave, Samuel Ferguson (C. Mingo Long), makes his song about slavery “More” take hold.

The staging by by Evan Pappas seems forced and extremely boring after the first 20 minutes. It is hard to criticize a child, but even though Miss Shapiro sings well, she needs to make us care for her. Arms wide stretched for every emotion does not do the trick. Wiping away fake tears and no emotions on your face do not endear us to you and where was the french accent considering you are French?  Maybe her mother, who is one of the producers should have thought twice before producing this.

The LED projections by Colin Doyle allow us a glimpse into the past, as do Debbi Hobson’s costumes.

I am a history buff and do not like being preached to especially at a kiddie show. I saw Liberty at noon on the 4th of July and by night I was on a boat passing this amazing statue. I was struck by the awe of her presence, the hope of which she give and the sacrifice of those who have passed by her and it hit me this is what this show lacks. 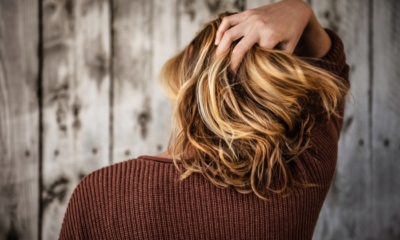 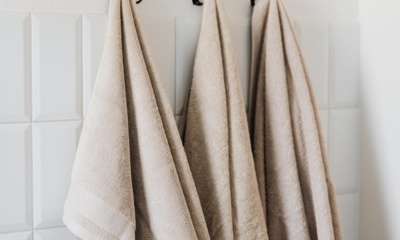 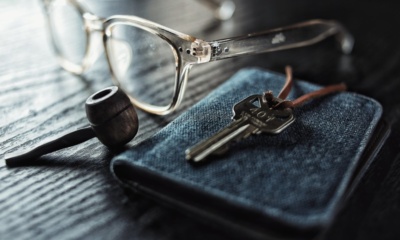 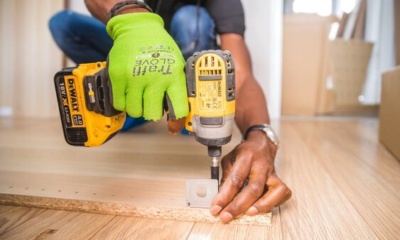 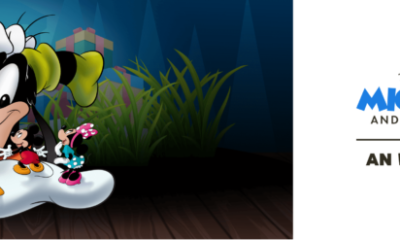 Suzanna BowlingMay 25, 2022
Read More
Scroll for more
Tap
The Italians Have It at the Fancy Food Show
Save the Date For The New York Pops, Megan Hilty and Matthew Morrison