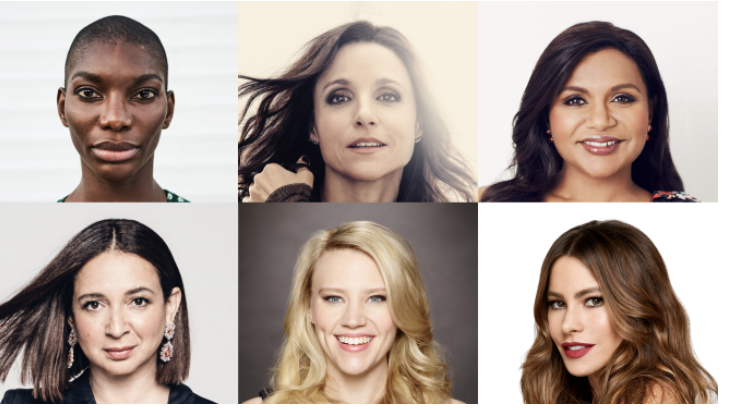 Variety and Lifetime announced today the one-hour special Lifetime Presents Variety’s Power of Women The Comedians which will premiere on Monday, May 10th at 8PM ET/PT on Lifetime. The special will be timed to Variety’s Power of Women issue, which hits newsstands on Wednesday, May 5th. The honorees will all appear on the cover of the issue. Additional content from the special will air on Variety.com and social media channels.

In addition to showcasing the incredible work of the honorees, the special will also celebrate the life of the comedic icon Gilda Radner, as well as the charitable foundation for cancer patients and their families named after the late legend – Gilda’s Club Metro Detroit.  Presented by Emmy Award and Golden Globe-winning Actor and Writer Tina Fey, the tribute will highlight Radner’s remarkable contributions to comedy and her pioneering nature as one of SNL’s seven original cast members, as well as the powerful work Gilda’s Club Metro Detroit does in supporting people who have been diagnosed with cancer and their families in the Detroit-metro area.

“Variety’s Power of Women 2021 honors creative leaders in comedy who inspire us with their courage and originality and challenge us to transform a world desperately in need of positive change. In six wonderfully personal, dynamic ways, Mindy Kaling, Maya Rudolph, Julia Louis-Dreyfus, Sofía Vergara, Michaela Coel and Kate McKinnon use laughter to make serious points. All of them create art that works both as entertainment and as engagement with the issues we’re all facing with these difficult times,” said Michelle Sobrino-Stearns, Variety President and Group Publisher.  “We are also thrilled to be able to honor the life and impact of the legendary Gilda Radner and the wonderful work Gilda’s Club does with cancer patients and their families. Once again, we are grateful to continue to work with Lifetime to make this special a reality and to be able to bring this iconic event for yet another year to a wider global audience.”

“After a challenging year for everyone, we could all use a good laugh. Lifetime looks forward to uplifting our audience by showcasing and celebrating the transformative power of the work from these wonderfully funny women,” said Amy Winter, EVP and Head of Programming, Lifetime and LMN. “We are honored to continue our partnership with Variety to amplify the contributions of these talented artists.”