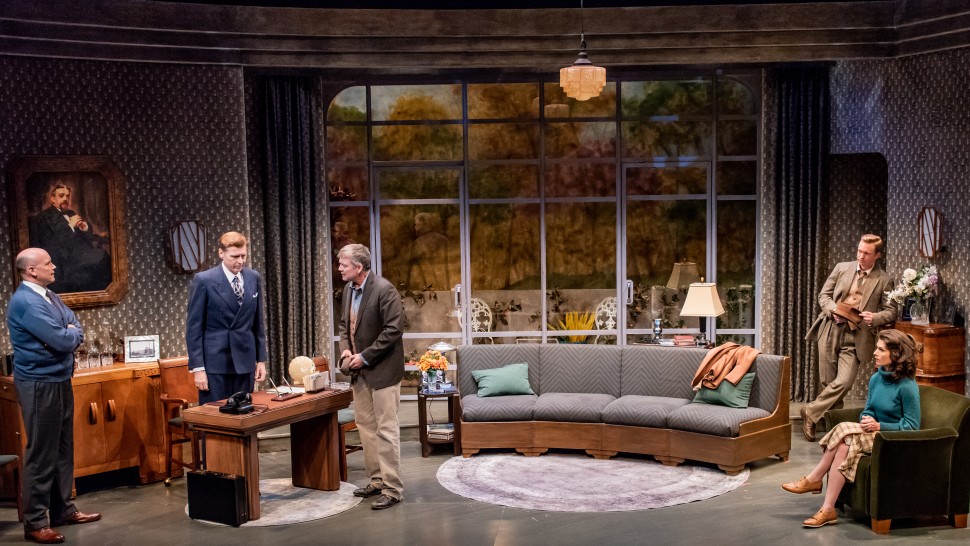 Lillian Hellman’s Days to Come Fails to Make Us Care

Lillian Hellman’s Days to Come Fails to Make Us Care 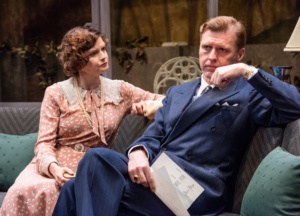 Lillian Hellman’s writing is being brought back to life in the revival of Days to Come. Like most Mint Theater Company productions, the set by Harry Feiner, costumes by Andrea Varga, and lighting by Christian Deangelis are exquisite. 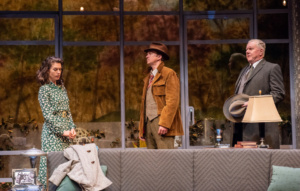 This 1936 show, directed by J.R. Sullivan, just seems miscast and uneven. Part of the problem is the dialogue drags and the issues no longer seem relevant.

Taking place in the middle of the Great Depression, the local men are striking against a factory owner for more wages and to unionize. Most of the action takes place in the Rodman’s family’s home; Hannah (Kim Martin-Cotten making a small role count) is asking Lucy (Betsy Hogg) to hand over her wages because “the boys need it.” In the meantime, the sniveling, whiney Cora (Mary Bacon) wants more of everything. She is privileged, and she knows it. Her brother is the factory boss, Andrew Rodman (the passive Larry Bull), and his best friend and attorney, Henry Ellicott (Ted Deasy), is not only having an affair with his wife, Julie (Janie Brookshire) but has convinced Andrew to hire strikebreaker, Sam Wilke (the wonderful Dan Daily). Wilke brings along his muscle men, the knuckle-cracking Mossie (Geoffrey Allen Murphy) who drives the knife-happy Joe (Evan Zes) insane.

Thomas Firth (a sympathetic Chris Henry Coffey) tries to plead with his childhood friend Andrew to settle, but it seems that is impossible due to his overspending on his wife. 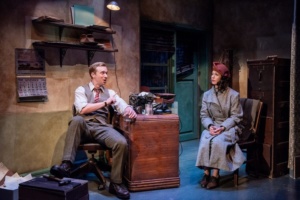 When the handsome labor organizer Whalen (Roderick Hill) meets with Julie, she is driven mad with passion and comes onto him, thinking he is her ticket out of there.

In the end, nobody wins; economic division and labor strife separate everyone involved. Through betrayal, everyone speaks their peace, splintering all relationships to the core of their existence.

In order for Days to Come to work, Julie has to be like Elizabeth Taylor in “Giant” and Ms. Brookshire wasn’t sexy enough or like a caged animal, desperate for escape. We didn’t feel sorry for Mr. Bull. We didn’t hate Mr. Deasy, we basically didn’t care for anyone in the play, so it was hard to become invested. Mr. Murphy and Mr. Zes: thank you for the comedic relief.

In seeing Days to Come, I found myself wishing that they would do a revival of The Children’s Hour or Toys in the Attic. Now that would be exciting.