Lillias White Comes to Feinstein’s/54 Below 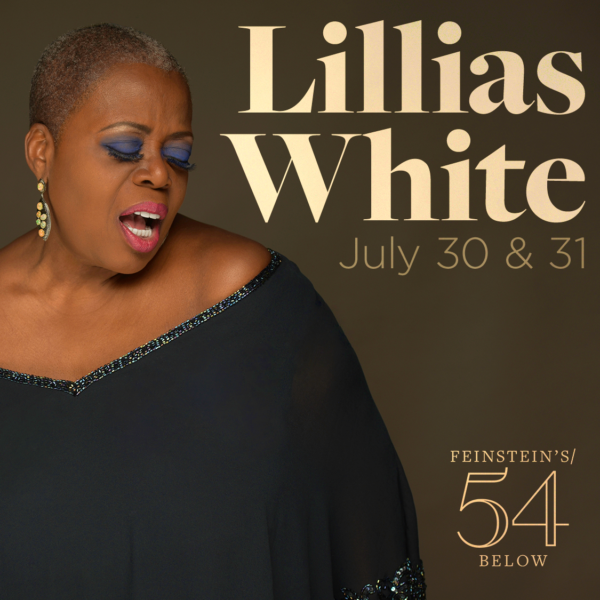 Lillias White Comes to Feinstein’s/54 Below

Lillias White will take the audience on a musical journey full of love, light and happiness. Make Someone Happy is sure to lift your spirits and make you happy. The show features standards for the world of Broadway, film, and jazz.

The Brooklyn native made her Broadway debut in Barnum in 1981. She played Effie in the 1987 revival of Dreamgirls, for which she won the Drama League Award for Best Actress in a Musical. Lillias has also appeared on Broadway in Cats, Carrie, Once on This Island, How to Succeed in Business Without Really Trying, Chicago, and Fela!, for which she received a Tony nomination. For her role as Sonja in Cy Coleman’s The Life, she won the Tony, Drama Desk, and Outer Critics Circle Awards.

Lillias’ concert performances include Funny Girl, Hair, Dreamgirls, and South Pacific, which was broadcast by “PBS Great Performances.” She has appeared in concert at the Kennedy Center, Carnegie Hall, and Lincoln Center and has toured internationally with her one-woman show From Brooklyn to Broadway. For her show The Lillas White Effect at Feinstein’s/54 Below, directed by Will Nunziata, she received the coveted Bistro Award.

Cover charges begin at $50 with a $25 food and beverage minimum. All seating is cabaret style. Tickets and information are available at www.54Below.com. Tickets on the day of performance after 4:00 are only available by calling (646) 476-3551.

In their description of the venue, The New York Timeswrites, “Feinstein’s/54 Below has the intimacy of a large living room with unimpeded views and impeccable sound; there is not a bad seat in the house. Its sultry after-hours ambience is enhanced by brocade-patterned wall panels planted with orange-shaded lanterns. And the atmosphere is warmer and sexier than in Manhattan’s other major supper clubs.”

Located at 254 West 54th Street, Feinstein’s/54 Below features up to three shows nightly with cover charges ranging from $15 – $125. 54Below.com/Feinsteins