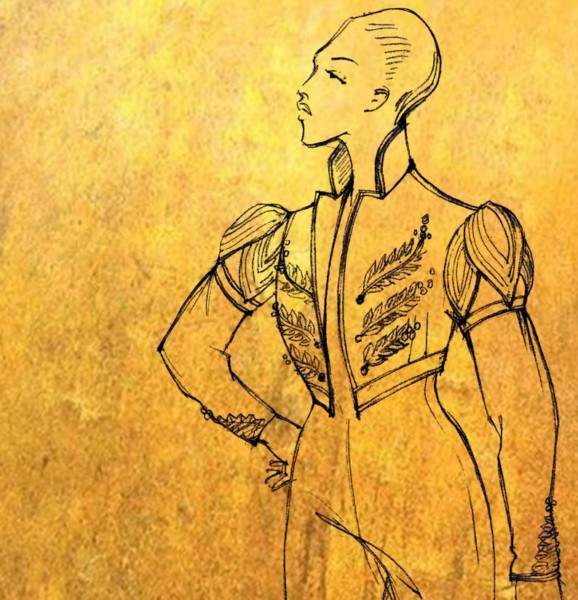 Pulitzer Prize, Tony, Grammy and Emmy Award winner Lin-Manuel Miranda has added his voice to the many in the entertainment industry supporting the Costume Industry Coalition (CIC), a group of small businesses and artisans advocating for the survival of the custom costume industry in New York City.

Miranda celebrates the hundreds of costume experts who create, supply and care for costumes for the stage and screen, not only in New York City, but around the world.  He makes a special shout out to Carlos Abreu, a tailor at Jennifer Love Costumes—one of the many costume shops that build costumes for Hamilton. With over 60 years of experience, Carlos brings a level of knowledge, craftsmanship and literal tricks of the trade, and the CIC is fighting to make sure he has an artistic home to continue to bring his expertise to the field. CIC Members are struggling to overcome millions of dollars of debt they collectively incurred in 2020, and with timelines for reopening continuing to shift, the outlook for 2021 remains uncertain.  “Because of the lack of federal arts relief,” states Miranda, “this industry is struggling to survive.”

As one of many Costume Designers, Associates and Assistants standing in solidarity with the Costume Industry Coalition–—Broadway Associate Designer Sky Switser knew everyone was brainstorming new ways to raise desperately needed emergency recovery funds in the wake of COVID-19. He has worked closely with 51 of the 55 CIC Member businesses and says, “I thought maybe with some creativity I could give them something that would have more impact than just my few dollars. I tried to think about what their unique assets were as a collective, who their audience should be, and who I knew with the most influence…and I immediately thought of my friend Bernadette.”

Bernadette Banner has become a YouTube celebrity in the last few years, posting content that mainly focuses on the reconstruction and interpretation of historical dress.  To date, she has one million subscribers, with some of her videos racking up over two million views.  She uses the techniques appropriate to the historical period of the garment she’s making, meaning she is usually sewing by hand.

The concept Switser pitched to Banner: choose a period garment designed by a Broadway designer, give her the original pattern for that garment from the costume shop that created it, ask Banner to film herself constructing the costume, and then sell the pattern on Etsy so her viewers could make it at home as well.  “I was honored to be asked, honestly,” says Banner. “I thought it was a brilliant marriage of my passion for period dress, while being a wonderful way to raise awareness and funds for the costume industry.”

As with all good ideas, it got better with each new person that joined the process. Paul Tazewell, the Tony Award winning Costume Designer of Hamilton, offered a gorgeous design for a spencer jacket that he thought would be especially appealing to Bernadette’s audience of enthusiasts. This meant it was the challenge of Katherine Marshall, the owner of Tricorne, Inc., to lead the tasks of drafting the pattern and writing the instructions. After years working in the industry, Marshall opened her own costume shop in 2000, and has built costumes for all mediums of entertainment including Hamilton.

“I was enthusiastic about this project the moment I heard about it,” says Marshall.  “I knew the Hamilton spencer would be a popular item since almost every actress we fit one on says the same thing:  ‘I would love one of these to wear with my jeans!’”

Marshall assembled the team of Libby Marshall, Pam Brick, and Caitlin Hunt who multiplied their talents together and created two graded patterns to fit sizes 0-18 or 16W-34W, then translated each of the steps into detailed instructions.

The next issue was that the spencer jacket pattern needed to be something people could download from Etsy and print at home. “The idea of splitting up these 17 large pattern pieces into something that could be printed on 8.5”x11” paper and then re-assembled with tape made my head spin,” says Switser. Fortunately, the CIC has the fabric-printing artisan, Gene Mignola, as a Member. Mignola was able to digitize, clarify, and tile the pattern so that it’s easy for the customer to see which pattern is for each size, and then piece the parts back together once they come out of the printer. He also formatted it to be printed on A-4 paper so it can be printed internationally.

Since posting the video in December, the video has racked up over 265,000 views, and over 2000 patterns have been sold.  Five more YouTube personalities have already been inspired to join in and are making videos of their own about the CIC Hamilton spencer jacket.

While their CIC Recovery Fund has been established so they can pursue private donations to help shore up the losses they are facing, the purchase of the pattern on Etsy, which retails for $22, is an opportunity for the CIC Members to raise funds in a creative way.

“It’s been a true creative team effort, coming together in the most inspiring way,” concludes Sky Switser, who has worked on Broadway for 19 years shepherding the designs from conception, through the costume shops to the stage. “Lin-Manuel Miranda’s recognition of the costume workers’ contribution is an amazing way to celebrate the collaboration between Paul, the CIC Members and Bernadette.  This is exactly how we work in this business, and honestly, the only way we are going to collectively survive this shutdown.”