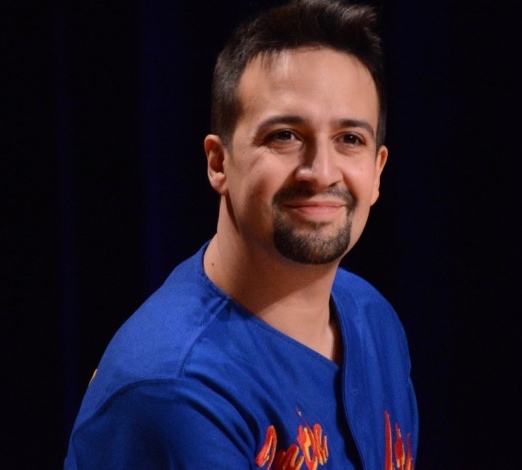 Lin Manuel Miranda Is Inspiring in Books and to Puerto Rico

Lin Manuel Miranda Is Inspiring in Books and to Puerto Rico 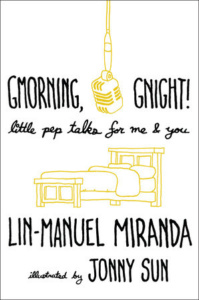 Good morning. Do NOT get stuck in the comments section of life today. Make, do, create the things. Let others tussle it out. Vamos!

Before he inspired the world with Hamilton and was catapulted to international fame, Lin-Manuel Miranda was inspiring his Twitter followers with words of encouragement at the beginning and end of each day. He wrote these original sayings, aphorisms, and poetry for himself as much as for others. But as Miranda’s audience grew, these messages took on a life on their own. Now Miranda has gathered the best of his daily greetings into a beautiful collection illustrated by acclaimed artist (and fellow Twitter favorite) Jonny Sun. Full of comfort and motivation, Gmorning, Gnight! is a touchstone for anyone who needs a quick lift.

Gmorning, Gnight!: Little Pep Talks for Me & You will be published Oct. 23, by Random House.

This book of affirmations is meant to inspire readers at the beginning and end of each day. “When the world is bringing you down, Gmorning, Gnight! will remind you that you are awesome.”—Booklist 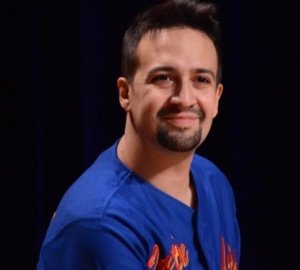 Lin-Manuel Miranda is an award-winning composer, lyricist, and performer, as well as a 2015 MacArthur Foundation Award recipient. His current musical, Hamilton—with book, music and lyrics by Miranda, in addition to him originating the title role—opened on Broadway in 2015. Hamilton was awarded the 2016 Pulitzer Prize in Drama and earned a record-breaking 16 Tony® Nominations, winning 11 Tony Awards® including two personally for Miranda for Book and Score of a Musical. The Original Broadway Cast Recording of Hamilton won the 2016 Grammy® for Best Musical Theater Album, as did Miranda’s first musical In the Heights, which received four Tony Awards®  including Best Musical. He is nominated for a 2017 Academy Award®  in the Best Song category for his song “How Far I’ll Go,” from Disney’s animated film, Moana. His newest film”Mary Poppins Returns” hits there’s December 19th.

Miranda is on a mission to make a difference with his craft. Miranda will revisit the role of Alexander Hamilton for 24 performances of Hamilton at the University of Puerto Rico, in hopes to uplift the area affected by Hurricane Maria. The performance will mark the first time Miranda has played the role since he left the original Hamilton cast on Broadway Miranda also co-launched the Flamboyan Arts Fund, dedicated to preserving, amplifying and sustaining the arts in Puerto Rico. “We need to support the artists who are out there now. We need to have their backs,” stated the star. All profits from Hamilton‘s Puerto Rico performances will go toward the fund.

Suzanna BowlingJanuary 6, 2022
Read More
Scroll for more
Tap
Sutton Foster and Gavin Creel In My One and Only One Night Only
According to a Lawsuit Roseland Development Associates Did Extensive Damage to The August Wilson Theater