Lin-Manuel Miranda and Jennifer Lopez collaborated on a song called “Love Make the World Go Round.” The song will benefit the Hispanic Federation’s Proyecto Somos Orlando initiative, which “will address the long-term needs for mental health services that are culturally competent and bilingual. Proyecto will enable care to be delivered to those affected directly in the communities in which they live. Beyond emergency assistance, they will be provided with case management, crisis intervention, and mental health services, among other needs.” The accompanying video features Miranda rapping about peace and love (“A generation of innovators enabled to patiently wait for change ’cause change is what they’ve been afraid of / the malevolence can wait, raise a level of debate, celebrate, elevate.”) while Lopez sings the titular line to ring in the chorus: “We’re not staying inside today / they’re not taking our pride away.” 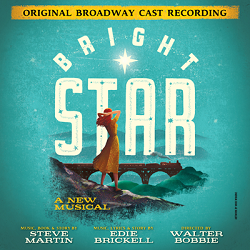 The original cast recording of Bright Star, from Grammy® and Emmy® Award winner Steve Martin and Grammy®-winning singer-songwriter Edie Brickell – hit five different Billboard charts in the first week of wide release. The cast album from Ghostlight Records placed at #1 on the Top Current Blue Grass Albums chart, #2 on the Top Broadway chart, #5 on the Americana/Folk Albums chart, as well as hitting the Top 100 on the Billboard Top Albums chart and Top 200 on the Overall Digital Albums chart. Bright Star is nominated for five 2016 Tony Awards including “Best Musical” and “Best Original Score,” and it won the Drama Desk Award for “Outstanding Music” and the Outer Critics Circle Award for “Outstanding New Broadway Musical.” The album is produced by the legendary, multi-Grammy Award-winning producer, manager, and musician Peter Asher. The booklet features full lyrics, show photos, liner notes from Martin, Brickell and Asher, in addition to a synopsis and essay by Bill Rosenfield. To order the album, please visit http://www.sh-k-boom.com/bright-star-original-broadway-cast-recording.

Ghostlight Records bring you the cast album of the critically acclaimed Broadway revival of She loves Me from Roundabout Theatre Company (Todd Haimes, Artistic Director) online and in stores on Friday, July 29. It was previously scheduled for Friday, July 8. The recording is currently available from iTunes and other digital formats. The hit production – now playing a limited engagement at Studio 54 through July 10 – was nominated for eight 2016 Tony Awards including “Best Revival of a Musical,” as well as winning four Drama Desk Awards including “Outstanding Revival of a Musical” and the Outer Critics Circle Award for “Outstanding Revival of a Musical.” In an early album review, Center on the Aisle raved “Benanti leads her cast bravely and boldly in their creation of the definitive recording, a commemoration of this glorious production.” The 28-page full-color booklet in a fold-out wallet package includes production photography, a synopsis and a message from the Roundabout’s Todd Haimes. The 2016 Broadway Cast Recording of  She loves Me is produced by Kurt Deutsch, and co-produced and mixed by Lawrence Manchester. To order the album, please visit sh-k-boom.com/she-loves-me. 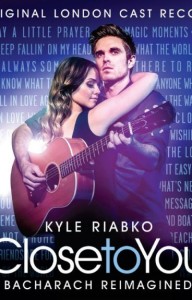 Ghostlight Records original London Cast Recording of Kyle Riabko’s Close to You: Bacharach Reimagined is a  two-disc imagining for a new generation with Riabko’s visionary interpretations. The album also features special bonus tracks of Kyle’s never-before-heard original demos, which formed the basis for the project. The 28-page booklet includes a note from Riabko, liner notes, production and studio photography and opening night photos of Bacharach with the cast. Videos of the West End production’s trailer and the album’s recording session are available on YouTube. To order the album, please visit www.sh-k-boom.com/close-to-you-bacharach-reimagined. 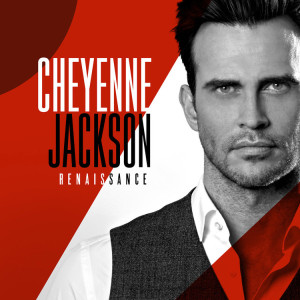 PS CLASSICS, the label released Renaissance, the new solo album from Grammy Award-nominee Cheyenne Jackson. I hit the Top 10 on the Billboard “Jazz Albums” chart in its first week of release. Jackson, acclaimed for his starring role opposite Lady Gaga in American Horror Story last winter, will return for the series’ highly-anticipated sixth season. Renaissance – was released on June 3 and is adapted from Jackson’s one-man show “Music of the Mad Men Era.” The recording features a guest appearance by Tony Award-winner Jane Krakowski, a special note by Emmy and Golden Globe Award-winner Tina Fey, and a 22-piece orchestra, conducted by Kevin Stites. The album is produced byTommy Krasker and Bart Migal, with Alan and Barbara Marks, of the Marks-Moore-Turnbull Group, serving as Executive Producers.

Suzanna BowlingJanuary 22, 2023
Read More
Scroll for more
Tap
Aisle Say On The Square Someone Change the Channeler
The Skivvies Get Personal