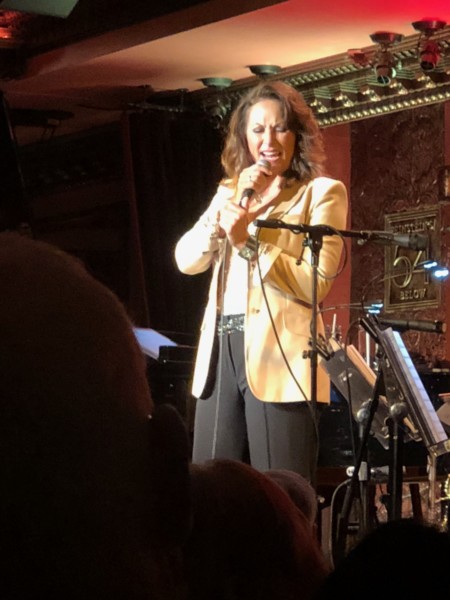 Linda Eder Bring Her Back Home To Broadway

Linda Eder Bring Her Back Home To Broadway

When you first hear Linda Eder sing, you are reminded of those big band singers of the 40’s, with rich powerful voices that seem to be at one with a full fledged orchestra. Last night at Feinstein’s/ 54 Below, Ms. Eder wowed the audience with her powerful vocals and connection to lyric. She has come out of hiding to promote her latest, CD, “If You See Me”. This is her 17th solo album, well really her 18th but she considers her first one more of a cassette. 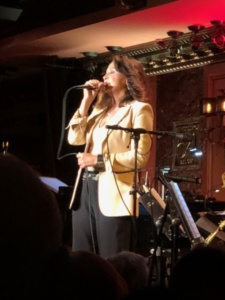 Starting out with Cy Coleman and Carolyn Leigh’s “The Best Is Yet To Come,” the singer looked pretty in pink. With her sparkly top and simple black pants, she looked at ease. Sax player Aaron Heick blew some plaintiff riffs on “The Man I Love,” as drummer Eric Halvorson showed his talent on  “Just in Time.” 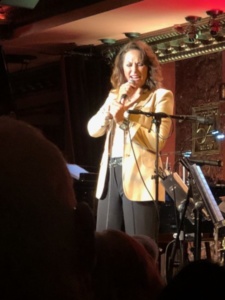 “Before the Parade Passes By,” made me want to see Ms. Eder take over the role of Dolly Levy. I could honestly hear the trumpets blare and the symbols crash in her rendition. 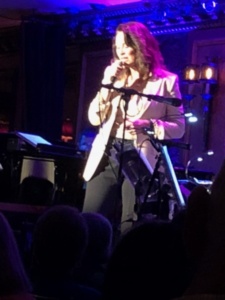 “Bring Him Home,” from “Les Miserables,” had an amazing arrangement. Eder’s powerful chops show a vocal range that is thrilling. Aaron Heike’s flute interlude was perfection. 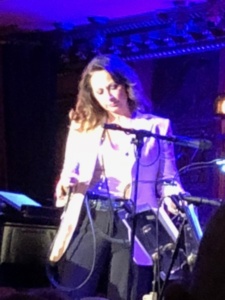 “What Did I Have That I Don’t Have” from On A Clear Day was sassy and mischievous. 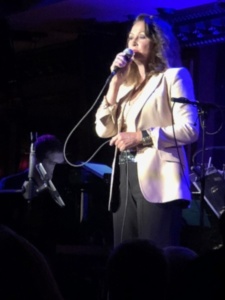 Webber’s “As If We Never Said Good-Bye,” contained flashes of sorrow, mixed with a catch in the throat and barely whispered notes. There was an emotional undertow of hope.

Harold Arlen’s and E.Y. Harburg’s “Down With Love” was playful, but it was Sondheim’s “Losing My Mind” where Eder’s slow arrangement, by music director and pianist, Billy Jay Stein added an extra ache to the already heartbreaking lyric. Eder truly knows how to build a song as she captured the emotional turbulence to make this a showstopper.

Seems musicality runs in the family. Eder’s and Frank Wildhorn’s son Jake wrote the music and Eder penned the lyrics to the catchy “If You See Me,” the title song on the CD. Very Billy Joel.

Ex-husband Frank Wildhorn was represented with the pop ballad anthem “Someone Like You” and the sassy “Bring on The Men” both from her sensational Broadway debut in Jekyll & Hyde.

“You’ll Never Walk Alone,” becomes a anthem of hope as Eder soared to notes you would not necessarily go to, but are perfect in their resolve.

Eder’s closer, a gender-bending “Man of La Mancha,” with the band in full swing was truly a showstopper and showpiece in every sense.

The lush orchestrations and arrangements by Billy Jay Stein and Kim Scharnberg, Linda Eder’s steeler voice, along with swinging big band sound by  Billy Jay Stein on piano, Aaron Heick  on sax and flute, Tony Kadleck on Trumpet, David Finick on bass, Eric Halvorson hitting the skins and Mike Ricchiuti on keyboard made this a memorable night.

“If You See Me” is available at www.lindaeder.com.