Former NYC native Thurston Moore, visiting from his home in London, England will take residence at the legendary literati locale, The  Algonquin Hotel in midtown-Manhattan beginning 29 August 2022 with his partner Eva Prinz, and their publishing studio Ecstatic Peace Library. Invited by The Algonquin Hotel curator & general manager Willis Loughhead, Ecstatic Peace Library they will host a series of  round table press conferences with writers, rockers and poets, and open an exhibition by New York’s Village Voice  photographer James Hamilton.

Free to the public, this exhibition of unseen Velvet Underground portraits and Velvet ephemera, books, and recordings in the  hotel’s legendary Oak Room & Library, visitors and guests are offered the opportunity to see James Hamilton’s sumptuous framed prints (never shown before) inside these historic rooms, still furnished with Dorothy Parker’s writing desk and other relics from the famous  Algonquin Round Table participants.

“As a student of Victorian literature, film and a long time denizen of the New York theater and art world, I felt Mr. Sterling Morrison of The Velvet Underground would’ve appreciated celebrating his eightieth at The Algonquin Hotel. With some serious VU aficionados in town and a Lou Reed exhibition at the  nearby New York Public Library’s Performing Arts Center [at Lincoln Center], we believe this exhibition on the subject of one  of the most quintessential New York City bands of all time is the perfect Autumn event,” says curator Willis Loughhead.

Exhibition hours: Sundays & Mondays 12-5pm. Admission is free. (Rooms  closed for guests only during the rest of the week.)

About the Book, “Linger On: The Velvet Underground” features these long lost interviews with the ‘Scooby-core’: Lou, John, Moe & Sterling by our friend, the Spanish rock critic Ignacio Julià. Ignacio lovingly revisited his old cassette tapes and offered up his insider’s scoop-age and probing interview questions and conversation with all the main characters including German actress & model Nico, who added her singularly profound voice as lead singer [on such classic hits ‘Femme Fatale’, ‘I’ll Be Your Mirror’ and ‘All Tomorrow’s Parties’], Gerard Malanga (whip dancer & Factory favorite) as well as Velvet Underground documentarian Todd Haynes, and musicians Jackson Browne and Lenny Kaye. Other contributions to the text include a foreword by Scottish rocker Primal Scream frontman (and author) Bobby Gillespie as well as an introduction by British bassist (My Bloody Valentine’s) Deb Googe. …And for the fans certain they’ve already seen everything, this new Velvet volume includes never before published portraits by New York Village Voice photographer James Hamilton — who worked collaboratively with Lou and John — shooting the album cover art for Songs for Drella, endearing himself to Lou, who notoriously refused and abused the press.” 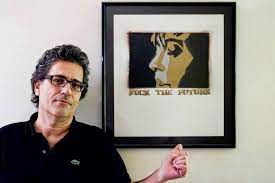 Author Ignacio Julià first saw Lou Reed play in 1975 in Barcelona. The concert had a life-changing effect on him, but  rather than start a band, Julià proceeded to follow the band’s career, interviewing the members over the years. This  revisit to Julià’s archives includes exclusive interviews with Lou Reed, John Cale, Moe Tucker, Doug Yule, Nico and the  longest interview ever granted by Sterling Morrison as well as Gerard Malanga, Jackson Browne & Todd Haynes. The  sumptuously printed book also features never-before published photographs of VU members and their community,  including the glamorous Candy Darling by Village Voice photographer James Hamilton. 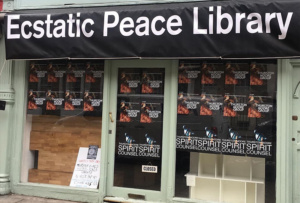 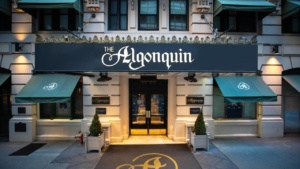 The Algonquin Hotel debuted among very pedigreed neighbors in 1902, a magnet for the Literati that were drawn  to one of the finest hotels near Times Square. “The Gonk” is where the Round Table met for several years beginning in  June 1919. The “Vicious Circle” is the most celebrated literary group in American literature. The Algonquin Hotel  functions as the headquarters and clubhouse for all fans of Parker and The New Yorker, which was founded on its  second floor. Curator Willis Loughhead is at present excavator of the Algonquin archives, curator of the hotel’s  legendary halls, libraries & suites and General Manager of the hotel.

Suzanna BowlingOctober 1, 2022
Read More
Scroll for more
Tap
The World Was Hopelessly Devoted To Olivia Newton John As She Rides Off Into The Sunset
The Glorious Corner