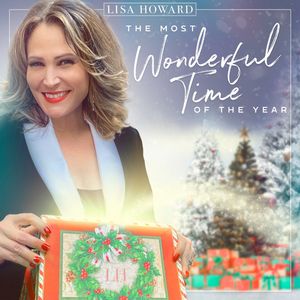 Last Saturday Broadway’s Lisa Howard (It Shoulda Been You, Escape to Margaritaville), released her newest album “The Most Wonderful Time of the Year,” a very special collection of seasonal favorites on all digital music platforms.

T2c had a chance to talk with this fabulous performer.

Lisa will be celebrating her new album at Feinstein’s / 54 Below on December 12th at 7pm.

Longtime collaborators Lisa Howard and Michael Shaieb often dreamed of producing their own Christmas album. During the pandemic, with more time on their hands than usual, they decided to take advantage and fulfill their Dream! Inspired by her love of Christmas movies, Lisa chose the songs for the album by envisioning that they were the score to any one of her many favorite holiday classics. What arose was an eclectic mix of classic Christmas favorites and modern pop hits. Michael Shaieb arranged and orchestrated the songs with a fresh new take, and the result is a beautifully crafted holiday album that you’ll want to listen to over and over.