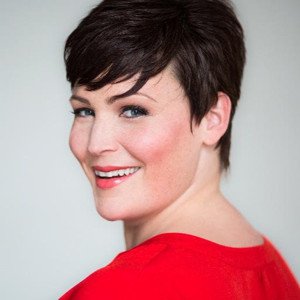 Broadway stars Lisa Howard (It Shoulda Been You) and John Bolton (A Christmas Story: The Musical) are joining the cast of American Showstoppers featuring Fred Barton & His Orchestra in “An Evening with Cole Porter” next month. The concerts, starring a cast of today’s best Broadway performers, will take place at Pace University’s Schimmel Center in New York on Friday, March 4 at 7:30 PM and then Kingsborough Community College’s “On Stage at Kingsborough” in Brooklyn on Saturday, March 5 at 8:00 PM.  The previously-announced cast of Broadway performers includes Beth Leavel (Tony Award winner for The Drowsy Chaperone), Sean McGibbon, Paula Leggett Chase, Damon Kirsche, Karen Murphy and Jesse Luttrell in addition to the Scott Thompson Dancers. The show is produced, orchestrated, conducted and hosted by Fred Barton with direction and choreography by Scott Thompson. 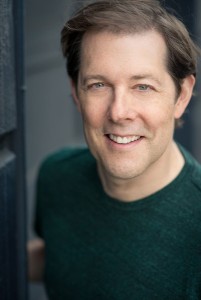 Cole Porter is known for his witty and provocative lyrics as well as his sophisticated rhythms and melodies. He was responsible for New York stage hits like Anything Goes, Kiss Me Kate and Can-Can and his songbook includes standards such as “Night and Day,” “You’re the Top,” “I Love Paris,” “Let’s Do It” and “Begin the Beguine.” Barton’s evening features distinctive showstoppers from all phases of Porter’s career, from the Great White Way to Hollywood, including hit songs and hidden gems alike. Some selections will be heard with Broadway-style orchestration for the first time in New York since their debuts up to 90 years ago.

“Porter came from a completely different background from most of his Broadway peers, and his wealthy background accounts for his unique and distinctive style and outlook,” commented Barton. “He delighted in bringing down his high society world a notch in his comic songs, full of keen satirical, sexual, and heart-breaking observations. His love songs showed an autobiographical empathy for the hidden plight of the well-to-do, full of sophisticated yearning and regret that humanized even his loftiest characters, revealing them to be just as vulnerable and feeling, deep down, as the man in the street.”

American Showstoppers featuring The Fred Barton Orchestra will perform “An Evening with Cole Porter” at Pace University’s Schimmel Center (3 Spruce Street in New York, NY 10038) on Friday, March 4 at 7:30 PM. Tickets range from $29 to $55 and are available at Schimmel.Pace.edu or the box office at (212) 346-1715. A second performance will take place at the Leon M. Goldstein Performing Arts Center at Kingsborough Community College (2001 Oriental Boulevard in Brooklyn, NY 11235) on Saturday, March 5 at 8:00 PM.  Tickets are available at OnStageatKingsborough.org or at the box office at (718) 368-5596.

Fred Barton is an acclaimed composer, lyricist, orchestrator, conduction and actor. His symphony arrangements are played regularly by the New York Pops at Carnegie Hall and major symphonies around the country. On Broadway and national tour, Fred conducted Anthony Quinn in Zorba, Hal Prince’s production of Cabaret, Cy Coleman’s City Of Angels and Robert Goulet in Camelot; he played in the pit of Cy Coleman’s The Will Rogers Follies, Tommy Tune’s revival of Grease, the 1992 revival of Guys & Dolls, and off-Broadway’s Ruthless.  Fred is co-librettist, musical supervisor and arranger for the Broadway-bound Harold Arlen musical One For My Baby.  Fred debuted in New York as the original arranger/pianist for Forbidden Broadway. He created the book, music and lyrics for his one-man show Miss Gulch Returns! (Backstage Bistro Award), which has been performed at theaters nationwide; he wrote book, music and lyrics for The Two Svengalis, contributed songs to the off-Broadway productions Whoop-Dee-Doo! and Burly-Q, and wrote music and lyrics for Universal’s Creature From The Black Lagoon. Fred’s TV credits as composer and arranger include HBO’s “Cathouse: The Musical,” “Olivia,” “Wonder Pets!” and “The Magic School Bus” (Emmy Award.)  He has produced and arranged numerous CDs.

Lisa Howard is a Drama Desk Award nominee for It Shoulda Been You and her song on the Tony Awards broadcast was hailed by both Rolling Stone and Playbill as the “show’s best performance.” Other Broadway credits include The 25th Annual Putnam County Spelling Bee, South Pacific, 9 to 5 and Priscilla Queen Of The Desert.

John Bolton has performed in twelve Broadway shows, including Dames At Sea, A Christmas Story: The Musical (Drama Desk nomination), Curtains, Spamalot, Titanic, How To Succeed In Business Without Really Trying, and the revival of Damn Yankees. 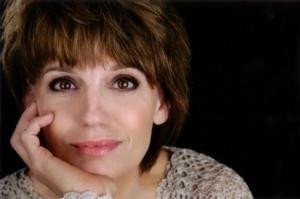 Paula Leggett Chase appeared in nine Broadway shows, including On The Twentieth Century (revival), Bye Bye Birdie (revival), Curtains, The Pajama Game (revival), Dirty Rotten Scoundrels, Kiss Me Kate(revival), Damn Yankees (revival), Crazy For You and A Chorus Line (original), in addition to an appearance on “The Sound Of Music Live” (NBC Television). 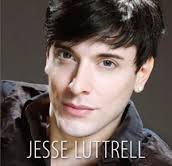 Jesse Luttrell is the star of long-running off-Broadway revue Bawdy; Regional: Meet Me in St. Louis, the Pharaoh in Joseph and the Amazing Technicolor Dreamcoat, the Emcee in Cabaret; National Tours: The Rocky Horror Show, Cats, Peter Pan. He is regularly featured performer in American Showstoppers with the Fred Barton Orchestra and recently received rave reviews for the debut of his one-man show, which he performed to a sell-out crowd at 54 Below.

Suzanna BowlingJanuary 26, 2023
Read More
Scroll for more
Tap
Come From Away 9/11 Musical Headed to Broadway
Marin Mazzie Takes Over in The King and I