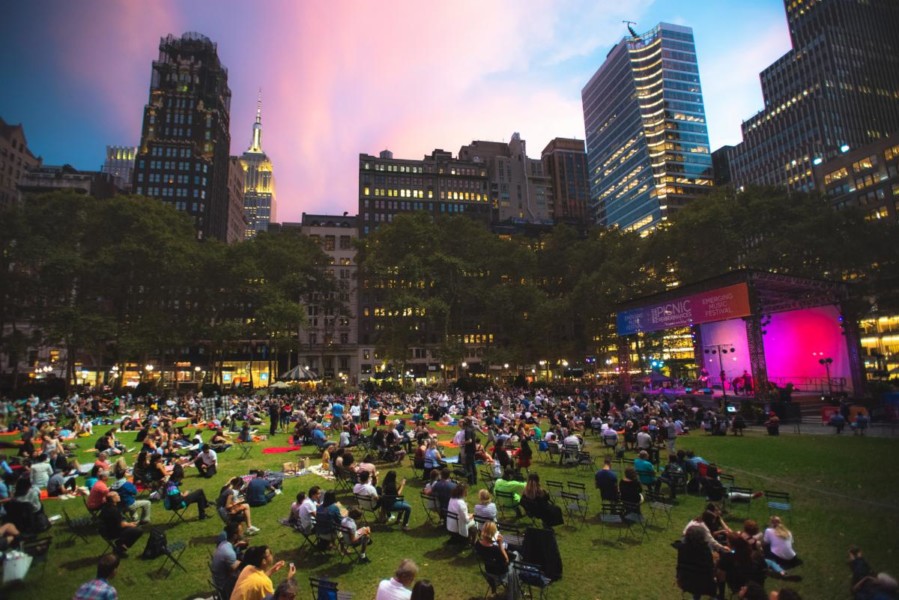 Byant Park Corporation is excited to announce the current programming schedule for its summer performing arts series, Picnic Performances, featuring twenty-five live music, dance and theater events for a free, ticketed audience at midtown Manhattan’s Bryant Park. Livestream broadcasts of nearly all of this season’s Picnic Performances will also be available to anyone at no cost via Bryant Park’s social media platforms, thanks to the generous support of Bank of America.

The season’s schedule features events in partnership with many of New York’s most acclaimed arts institutions. The summer kicks off with a four-night run of performances from June 9 to June 12 with a 25-piece orchestra from the world-renowned New York Philharmonic. That run will be followed on June 18 by New York City Opera’s annual LGBTQ Pride concert, titled Pride in the Park, featuring a new arrangement of the finale of Iain Bell and Mark Campbell’s opera Stonewall, which was commissioned by NYCO and given its world premiere in 2019. On June 25, Bryant Park honors one facet of the rich cultural tapestry of NYC’s AAPI community with a program of traditional Chinese music, acrobatics, dance and martial arts courtesy of New York Chinese Cultural Center. The vital downtown performing arts institution Joe’s Pub presents an evening with R&B singer/songwriter and accomplished theater star Mykal Kilgore (Hair, Motown the Musical) on June 26.

On August 12, Harlem Stage, in partnership with Jazzmobile and Historic Harlem Parks, presents Craig Harris’s Nocturnal Nubian Ball For The Conscientious Ballers and Cultural Shot Callers, a night honoring the music and teachings of the legendary Sun Ra, hosted by jazz trombonist Craig Harris and his band, Nation of Imagination. Jazz at Lincoln Center’s Dizzy’s Club offers two memorable nights of contemporary jazz, starting on August 13 with a concert featuring a handpicked selection of up-and-coming young stars of the jazz world and continuing with a set from the vocalist, bandleader and saxophonist Camille Thurman, accompanied by the Darrell Green Quintet, performing the music of Burt Bacharach on August 14. Some of the biggest names in modern dance come to Bryant Park in August over three nights of double performances curated by Tiffany Rea-Fisher: Limón Dance Company and Music from the Sole on August 16, Paul Taylor Dance Company and Elisa Monte Dance on August 21, and more dance TBA on August 27. New York City Opera returns to the park for two final performances: Now That’s What I Call Opera!, a fun-filled night for the whole family featuring opera’s greatest hits, on August 21, and, on September 3, a newly created, 90-minute adaptation of Verdi’s masterpiece Rigoletto, to be conducted by Constantine Orbelian and featuring Michael Chioldi, Brandie Sutton and Won Whi Choi. Classical Theatre of Harlem travels to midtown for an evening of dramatic performances on September 10. Picnic Performances welcomes cutting-edge performing arts organization National Sawdust and a live world premiere of Allison Loggins-Hull’s Diametrically Composed, with special guests including Alicia Hall Moran, on September 17. Picnic Performances closes on September 20 with a program presented by Bryant Park neighbor, The Town Hall, starring mandolinist and public radio star Chris Thile celebrating the venerable venue’s 100th anniversary. Additional artist and performance information will be available for August and September programming in the coming months.

As New York State and City safety guidelines for public gatherings quickly change in response to the ongoing success of NYC’s COVID-19 vaccination program, Bryant Park is adjusting its on-site plans to safely accommodate as many advance registration attendees as possible. Updated audience protocols for June Picnic Performances will be shared in the upcoming weeks well in advance of the first performance on June 9. Free tickets for attending in-person events in June will be available to reserve on Eventbrite approximately 10 days ahead of each show. For the most current guidelines, program updates and additional venue information and restrictions, please visit bryantpark.org/picnics. 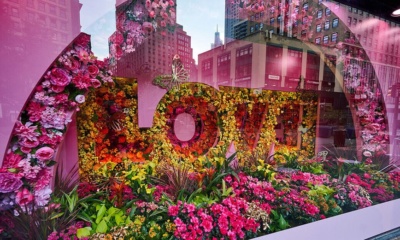 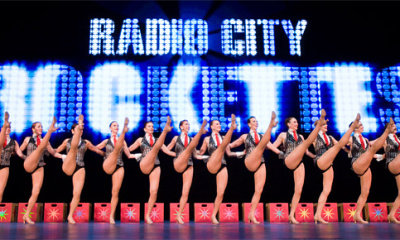 So You Wanna Be A Rockette 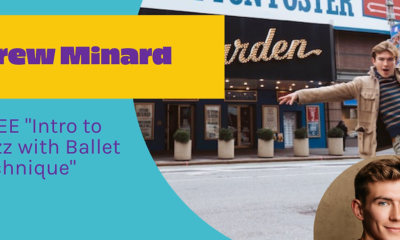 Suzanna BowlingMarch 10, 2022
Read More
Scroll for more
Tap
Robert Miller To Release New Album“Miller Rocks”The 10 Songs On The Album Will Be Released One At A Time On Robert’s Podcast, ‘Follow Your Dream’
Violence in New York Continues