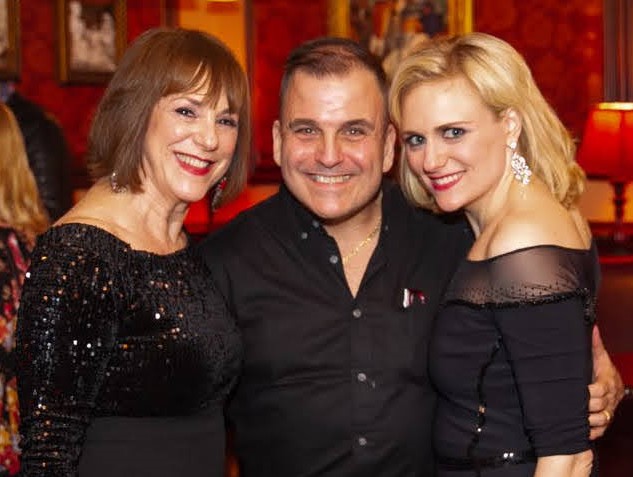 On November 17 at 7m David Sabella, the original “Mary Sunshine” in revival of Chicago is celebrating the 25th Anniversary of Broadway’s longest running American musical. Sabella along with guest stars Jana Robbins (The Tale of the Allergist’s Wife, Gypsy) and Haley Swindal (Chicago, Jekyll & Hyde) will sing the the music of Kander and Ebb, live from Feinstein’s/54 Below. There will also be a special behind-the-scenes look at the show’s creation and his long history as “Mary Sunshine.”

Live from Feinstein’s/54 Below is a new series featuring streams of LIVE performances direct from Broadway’s Living Room! Designed to make more shows accessible to fans from across the globe and to recreate the live experience, all shows will be presented exclusively at the time of performance with an in-house audience and will not be available on demand afterwards.

Also Sabella and Sue Matsuki, have created a guide for Cabaret performers. With a foreword by cabaret legend Lorna Luft, So You Want to Sing Cabaret includes interviews from the top professionals in the cabaret industry, including Michael Feinstein, Ann Hampton Callaway, Roy Sander, Sidney Myer, Jeff Harner and many others. There are also chapters devoted to crafting your show, lyric connection, “do-it-yourself” production and promotion, and working with your musical team. You can pick up a copy on Amazon.

25CHICAGO25 is being streamed online through BroadwayWorld Events. To purchase tickets for the in-person event, click here.