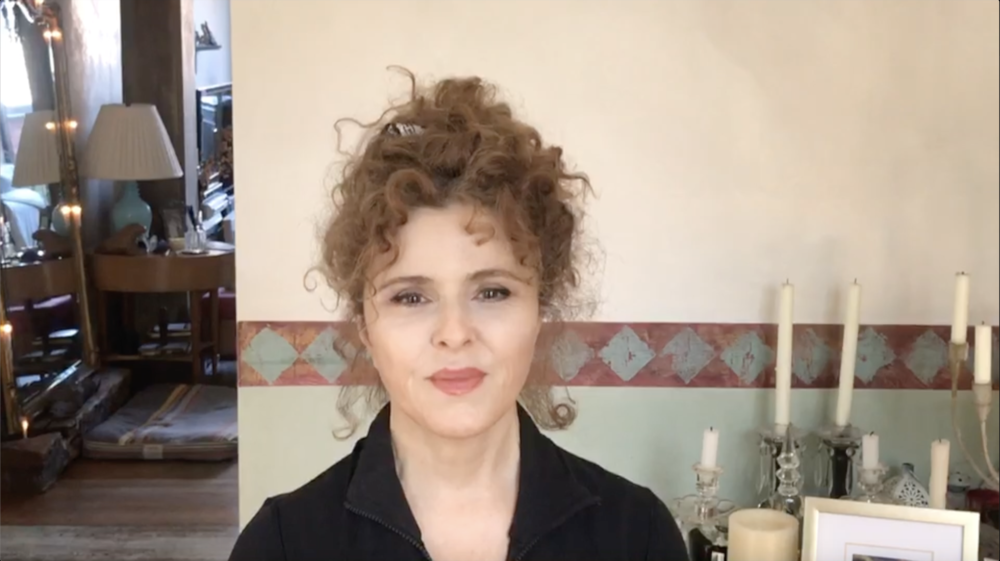 Streaming is not an exact science and in the past few days, two shows have given us much joy and much anxiety. In Take Me to the World: A Sondheim 90th Birthday Celebration, this all-star virtual concert was over 90 minutes late. Streamed through Broadway.com, this benefit for Artists Striving to End Poverty was difficult to watch. Hackers made off like thieves in the night, offering the nowhere to be seen show. They popped up like wildflowers and had a naive, adoring and Broadway starved audience giving away their credit card information. The copy and pasting that you see below, is just some of the sites that were fraudulently offering this once in a lifetime show.

Unlike Jason Robert Brown and the SubCulture show, which also had massive technical difficulties Broadway.com never said what was going on except for extremely brief moments, they also made it difficult on where you could donate on the screen. At least Mr. Brown told watchers, he was running late.

Sadly during most of Subcultures show the audio was muted. We got snippets of Shoshana Bean and maybe a note or two from Ariana Grande. However Youtube has given us these brilliant video versions. Ariana Grande’s version of “I’m Still Hurting” from The Last Five Years is sublime.

Before all the serious debacle, viewers of the 35 minutes late special of “Take Me to the World: A Sondheim 90th Birthday Celebration” found composer Stephen Schwartz on the piano with what they considered the prologue to “Follies”, “All Things Bright and Beautiful”. Actually that song was cut. Beautiful, poignant and haunting, but not exactly a way to start off a 2 -3 hour show. Then Raul Esparza’s link was mute, then we got a few words and he walked off. This repeated and still no word from Broadway.com. That was when the fake websites popped up.

If you were smart you went to Broadway.com’s website and an hour later the fabulous overture of “Merrily We Roll Along,” sprung the show to life.

Sutton Foster with daughter Emily Griffin sang “ There Won’t Be Trumpets” from Anyone Can Whistle. Neil Patrick Harris who stated he was going to sing a song in his range talked “The Witch’s Rap” from Into The Woods to his children Gideon Burtka-Harris and Harper Burtka-Harris.

Kelli O’Hara sang a sweet “What More Do I Need” from Saturday Night, as Judy Kuhn sang a emoting “What Can You Lose” from Dick Tracy.

Victor Garber talked about working with Sondheim, while Katrina Lenk played guitar and sang “Johanna” from Sweeney Todd. This felt like a missed opportunity since Ms. Link was suppose to play Bobby in the revival of Company.

Aaron Tveit showed showmanship as he brought “Marry Me A Little” a cut song from Company, to life.

Iain Armitage, Mary-Mitchell Campbell, Priyanka Patil, Raúl Esparza, Elizabeth Stanley, Lin-Manuel Miranda asked us to donate to ASTEP, but where? ASTEP (Artists Striving to End Poverty) is an organization conceived by Broadway Musical Director Mary-Mitchell Campbell and Juilliard students to transform the lives of youth using the most powerful tool they had: their art. Today, ASTEP connects performing and visual artists with youth from underserved communities in the U.S. and around the world to awaken their imaginations, foster critical thinking, and help them break the cycle of poverty. www.astep.org

Beanie Feldstein and Ben Platt brought a rather young interpretation to “It Takes Two” from Into The Woods. Brandon Uranowitz sang a simple “With So Little to Be Sure Of” from Anyone Can Whistle. Melissa Errico, repeated her version of “Children and Art” from Sunday in the Park with George. She has also recorded this version.

If you like camp Randy Rainbow’s “By The Sea” from Sweeney Todd was a delight. Elizabeth Stanley sang “The Miller’s Son” from A Little Night Music with panache, but Sara Rameriz’s version is the ultimate in perfection.

From a country knoll Mandy Patinkin gave an acapella talked version of “Lesson #8” which he created for Sunday in the Park with George. Steven Spielberg talked about Sondheim’s movie knowledge as Maria Friedman, showed as long as you belt out the last two lines you can give a winning performance of “Broadway Baby”, also from Follies.

Lin-Manuel Miranda gave us “Giants in the Sky” from Into The Woods, as Lonny Price from the original Merrily We Roll Along, production gave tribute.

Lea Salonga knocked it out of the park with “Loving You” from Passion.

Laura Benanti smartly sang “I Remember” from Evening Primrose in her bathroom, giving her voice and the song fabulous aqustics.

Chip Zien reprised “No More” from Into The Woods as the original Baker’s Wife, Joanna Gleason paid Sondheim tribute.

One of the best moments was Josh Groban on “Children Will Listen” from Into the Woods and “Not While I’m Around” from Sweeney Todd. Vocally this was perfection.

Brian Stokes Mitchell sang a cut song from Assassins, “The Flag Song“ Michael Cerveris, Todd from one of the revivals of Sweeney Todd sang “Finishing The Hat” from Sunday in the Park with George.

Linda Lavin, proved she can act as she reprised “The Boy From…” from The Mad Show. Alexander Gemignani’s “Buddy’s Blues” from Follies was also an acting and singing triumph.

Raúl Esparza sang a moving “Take Me To The World” from Evening Primrose.

Donna Murphy, sent “Send in the Clowns” from A Little Night Music out of the park.

Christine Baranski, Meryl Streep and Audra McDonald gave us their rendition of “The Ladies Who Lunch” from Company, while Patti LuPone sang “Anyone Can Whistle”. Now this was odd.

Annaleigh Ashford and Jake Gyllenhaal, brought back their phenomenal rendition of “Move On” from Sunday in the Park with George. These two brought back that magical afternoon of theatre, watching this glorious production.

Bernadette Peters looking gorgeous, sang a moving acapella version of “No One is Alone” from Into The Woods and the show ended with members of the Broadway Community communing with “I’m Still Here” from Follies.

All video’s except Shoshana Bean and Ariana Grande are through curtsey of credit Broadway.com

RossMay 17, 2022
Read More
Scroll for more
Tap
What To Watch April 28th To Take Away The Blues
Online Open Casting Call For K-Pop