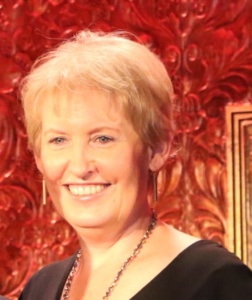 Broadway favorite Liz Callaway returns to Feinstein’s/54 Below this summer with an evening of music from the 1960s called The Beat Goes On. Featuring pop hits of the era and music from Broadway and the movies, the show also includes songs from her iconic album The Beat Goes On.

Liz Callaway is a Tony nominee and Emmy Award-winning actress, singer and recording artist. She made her Broadway debut in Stephen Sondheim’s Merrily We Roll Along, received a Tony Award nomination for her performance in Baby, and for five years, won acclaim as Grizabella in Cats. She has also starred in the original casts of Miss Saigon, The Three Musketeers, and The Look of Love. In addition, Ms. Callaway has established a major career as a concert and recording artist.

Ms. Callaway was the original Anastasia debuting the song “Journey to The Past,” in the animated version to critical acclaim.

T2C was on hand to capture Liz singing Leaving On A Jet Plane at a special press preview.