Liza, The Golden Years of Broadway and Wicked 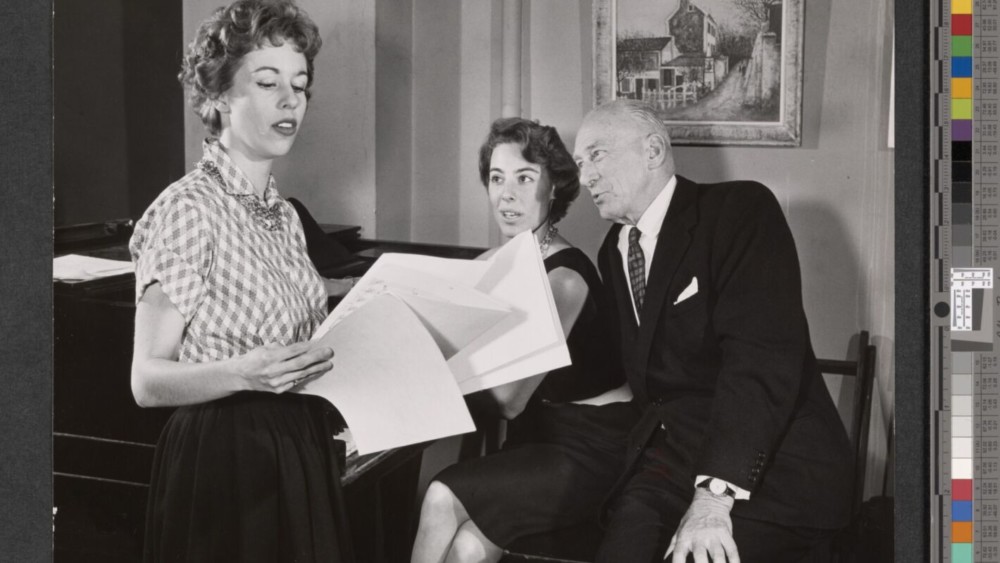 Liza, The Golden Years of Broadway and Wicked

Carol Burnett, composer Mary Rodgers, and director George Abbott in rehearsal for Once Upon a Mattress, 1959. Photo by Friedman-Abeles © The New York Public Library for the Performing Arts.

Broadway officially reopened on June 26 with Springsteen on Broadway, then came Pass Over. The Tony Award-winning musicals Hamilton, Hadestown, and Wicked are set to open in September. Channel THIRTEEN celebrates this momentous return to the theater with three specials that spotlight Broadway legends, hit musicals, and more. Liza With a Z  will re-air Thursday, August 12, 8 p.m featuring a 26-year-old Liza Minnelli, daughter of Judy Garland. This was a follow up her hit film Cabaret, directed by Bob Fosse, who also directs this live concert performance. For this made-for-TV special in 1972, Liza performs Fosse’s choreography, and belts out songs by Broadway songwriting team John Kander and Fred Ebb. The concert special was filmed at the Lyceum Theatre in New York City and earned four Emmy Awards, a DGA Award, and a Peabody. Highlights include a Cabaret medley, “Ring Them Bells,” the iconic title song, and more. Marvin Hamlisch was the music conductor, and Halston designed the glittering and glossy costumes.

After a 1973 rebroadcast, the film was thought lost for 30 years. But Minnelli held the rights and organized a search for a negative that led to its restoration. The remastered film was accepted at both the Toronto International Film Festival and the Hamptons Film Festival and first thrilled audiences again in 2005. Donna McKechnie shares stories about the creation of A Chorus Line (music and lyrics by Marvin Hamlisch and Edward Kleban). Liza Minnelli recalls stepping into the role of Roxie Hart in Bob Fosse’s Chicago in 1975 while Gwen Verdon was on vocal rest. André De Shields, Robert Guillaume, Armelia McQueen, Ken Page, and Charlaine Woodard reflect on the birth of Ain’t Misbehavin’.

In addition to broadcast and livestreaming, Broadway: Beyond the Golden Age will stream on-demand on the Great Performances website (pbs.org/gperf) and the THIRTEEN and PBS apps. Great Performances has been the PBS showcase of the best of the performing arts for nearly 50 years. Kristin Chenoweth and Idina Menzel, stars of the original hit Broadway musical Wicked, will host the Wicked in Concert, Sunday, August 29, 9 p.m. This reimagining of the hit musical in an intimate concert setting will star Ben Platt (Dear Evan Hansen), Amber Riley (Glee), Alex Newell (Once on This Island, Glee), Ariana DeBose (Hamilton) and Sara Bareilles (Great Performances: Jesus Christ Superstar Live in Concert, Waitress). They will be performing “Defying Gravity,” “Popular,” and other beloved songs from the Tony-winning musical. Ariana DeBose will perform “The Wizard and I.”

Suzanna BowlingJanuary 22, 2023
Read More
Scroll for more
Tap
New For October and Halloween A Haunted Cocktail Soirée From House of Spirits
Join Award-Winning Actor/Playwright Jim Brochu for Watching from the Wings and More Tales of the Theatre Today at 7pm