Long Lost is Lost in Translation 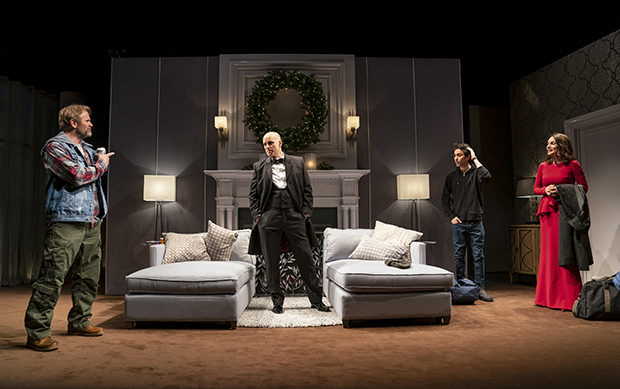 Long Lost is Lost in Translation

Billy (Lee Tergesen), descends on his brother David (Kelly AuCoin), a Wall Street consultant. Things are not exactly good between the brothers. Billy is drug addict, alcoholic and his actions killed his parents. The two brothers haven’t spoken in years. Released from jail, claiming he is clean, Billy begs David to let him stay as he is dying and has no where to go. David try to get out of it claiming his marriage is on the rocks, but Billy is manipulative and David a push over.

David’s philanthropist wife, Molly (Annie Parisse), is putting on her once a years gala and their college-aged son, Jeremy (Alex Wolff), has returned from college. Billy puts thorns into everything he touches and though he is destructive, destruction can’t happen unless the seeds were already there.

The actors aren’t compelling enough. Tergesen isn’t as frightening as he should be, AuCoin is too complacent. Parisse not given enough for us to care. Wolff is perfectly cast as the boy on the verge of manhood and self discovery.

Donald Margulie’s has a way with words, but in Long Lost one wonders what was so important to write a play about.