Liza Minnelli is both a legend and icon who was introduced to a new group of fans when she first guest starred on Arrested Development in 2003. She played, Lucille Austero, or “Lucille Two,” who suffers from vertigo, in multiple episodes, including the fourth season when the series moved to Netflix. At the end of the last season Lucille Two had been murdered and Buster Bluthe (Tony Hale) was arrested for her murder.

Jason Bateman, in talks about the upcoming fifth season talked about the death of “Lucille Two.” Look for flashbacks or dream sequences when the show premieres in 2018. 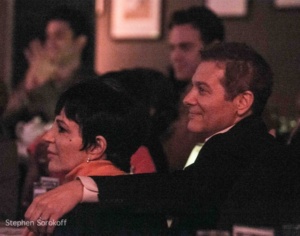 In Closer Weekly Michael Feinstein stated “She’s talked about putting a show together that she’d like to do with me,” Could this mean a Feinstein’s/ 54 Below show or could The Palace see a return of her sold out engagement?

2018 could see Liza with a Z back where she belongs.