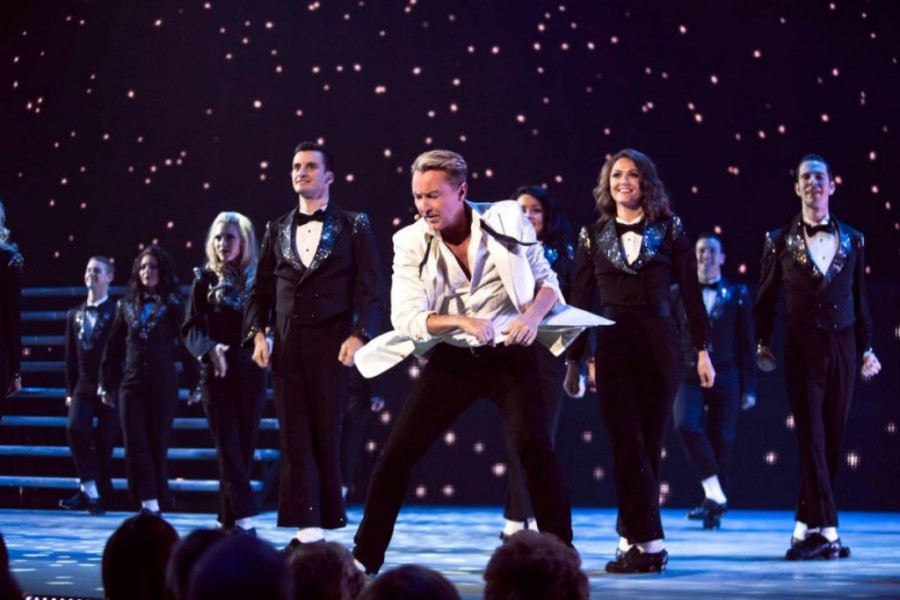 Lord of the Dance: Dangerous Games Wins Over The Audience

Lord of the Dance: Dangerous Games Wins Over The Audience 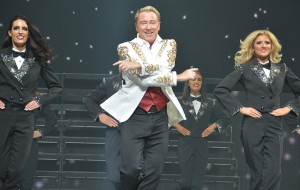 Michael Flatley “Lord of the Dance” made his Broadway debut last night (Nov. 10th) at the Lyric Theatre, but earlier in the day a stretch on Broadway was christened Michael Flatley Way. For those who have never seen Riverdance or Lord of the Dance, Flatley reinvented Irish dance, into a joyful, passionate and sexy format. Not bad for an Irish American kid from Chicago. Flatley’s new show, Lord of the Dance: Dangerous Games, builds to Flatley appearing live and on screen to the standing ovations of the audience. Note to tickets buyers Flatley does not appear November 18th and 19th and December 4th and 5th. At 57, this man’s legs bounce across the stage, with the energy of a twenty year old. This show, not only marks Flatley’s Broadway debut but his retirement from performing.

The plot makes no sense, the projections like Japanese post cards are filled with running water, unicorns, rainbows and florescent colors that dominate the stage until your brain tunes them out. We have to endure an annoying gymnastic spirit who acts like she is playing a fake flute, a one sounded (loud) Irish singer whose music is not only redundant, but horribly written, two violinist that are only ok and costumes that for the most part look like they came out of a glittery Fredrick’s of Hollywood. However when the Irish Clog dancing is on the show excels. 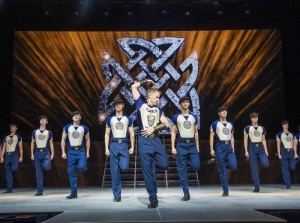 James Keegan and the make chorus

The show starts with a great projection and Flatley stating he created the “the biggest-selling dance show of all times.” Then we get this bizarre story of a hero, the Lord of the Dance the handsome James Keegan (there are two others who also fill this role), who loses his prize belt to a cyborg on Screen Dark Lord in real life the wonderful dancer Tom Cunningham. He is torn between two women a virginal blonde in white who turns Sandy Dembrowski and a brunette seductress who actually uses her whiles to steal the belt. That’s what happens when men stray. In between we get exciting dances, though pretty much all the same, flaming torches, dry-ice fog and explosions. 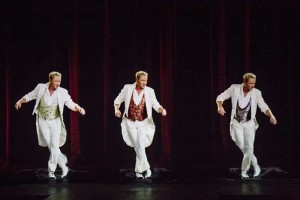 Flatly dancing ala Gene Kelly by himself on a screen 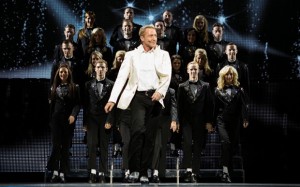 Flatly and his amazing dancers

In between all this we get footwork that triples the beat, clicks in mid air, synchronized unison taps and Irish dancing that has been honed to perfection. This dancing no matter how much the same still has the “it factor,” something that is missing in Dames at Sea.

Flatley’s crowd loves him. His male dancers have the “it factor” in spades and no matter what is missing or wrong it is thrilling to watch this format in dancing.