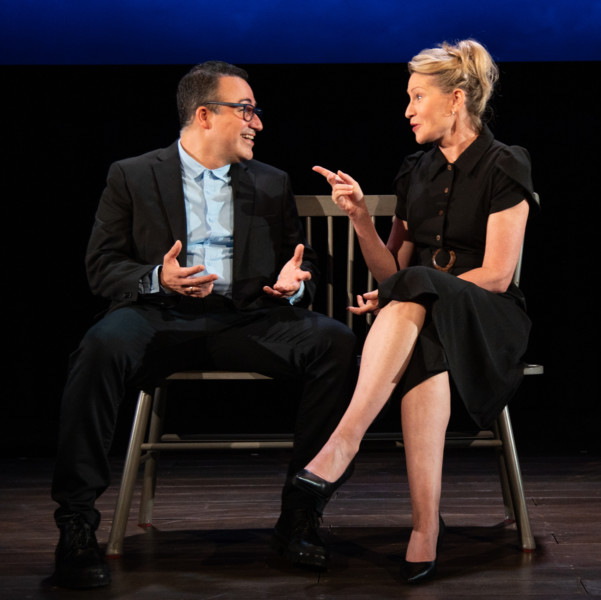 Two talented singers and a three piece band make one magical evening. Los Otros weaves the story of two very different people into a tale that intersects with a surprising conclusion. Noah Himmelstein, directs this lovely tale with varying musical styles by Michael John LaChuisa and words and lyrics by Ellen Fitzhugh with wonderful ingenuity and heart. 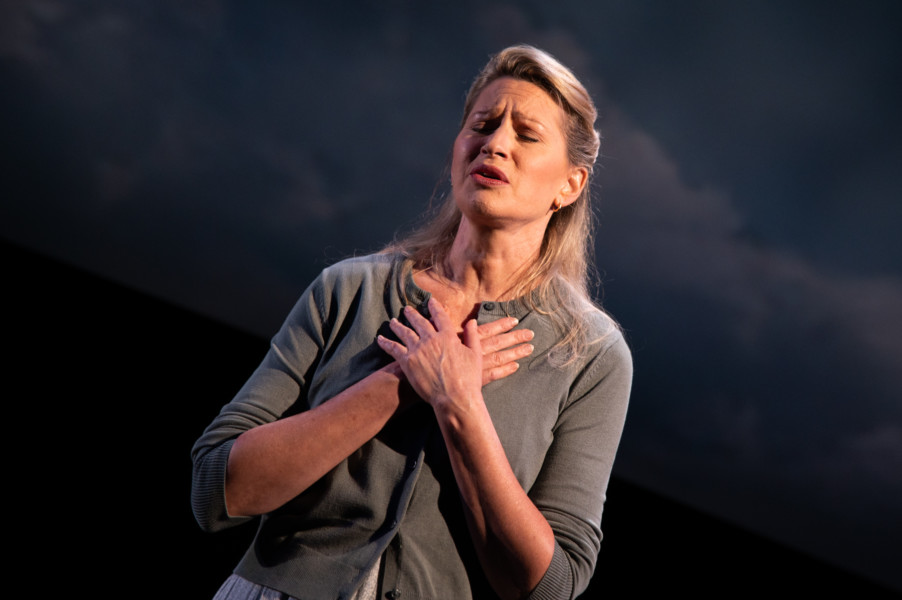 It is the voices and acting ability of Luba Mason, as Lilian and Caesar Samayoa, as Carlos that really make one care about these characters as they grow from childhood to maturity. Carlos takes center stage at first as he opens his tale at age 70, who proudly brags about his youthful looks thanks to his cheekbones. He tells his tale starting from when he was only four years old in 1933, as he struggles to survive from a deadly hurricane. His voice and mannerisms turn him into that young child. As he holds tightly to a lone chair on stage which substitutes as a bending tree in the high winds we can see how Mr Himmelstein, will create the various stories with minimal props and scenery. 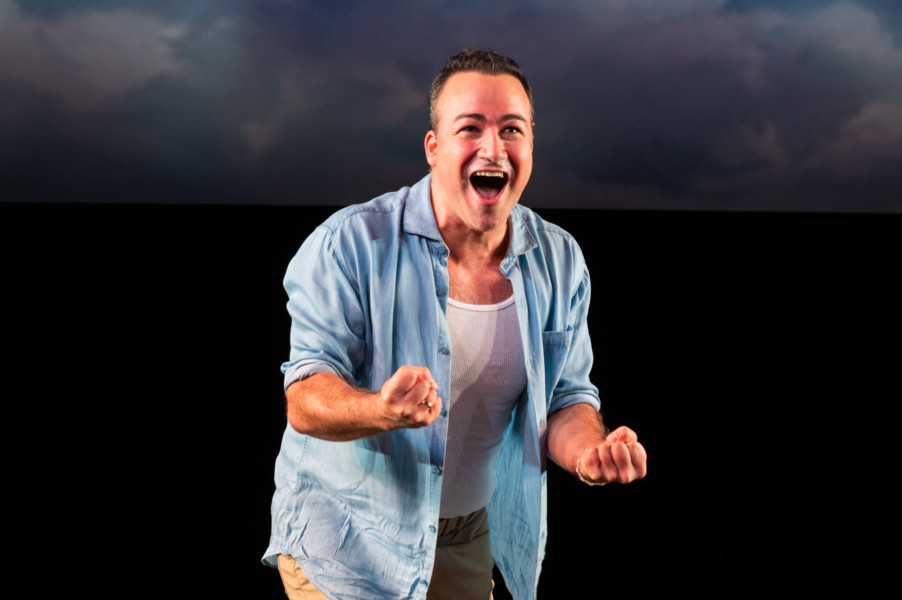 Carlos tells us of his life: emigrating from Mexico with his mother after that hurricane and leaving his brothers behind until his success of being a “gay Mexican accountant” living in California. His life progresses through the years from child to preteen, when he discovers his sexuality and his first love affair with a young man to his happy marriage to his husband; all of these milestones coinciding with world events- the dropping of the first nuclear bomb and the OJ Simpson verdict as examples. We enjoy his hopefulness and root for him to succeed in love and life. That feeling we get to cheer for him is thanks to the charisma of Mr Samayoa with his energy and expressive face. 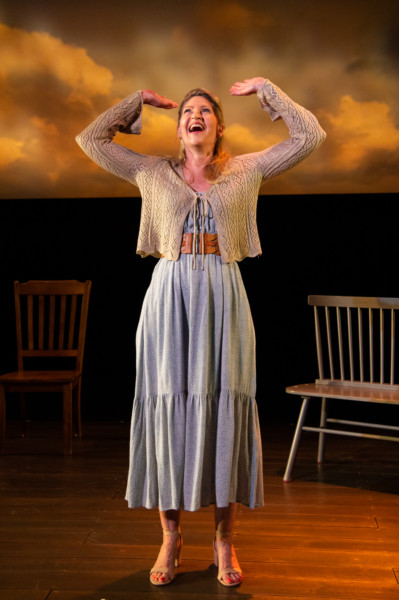 Lilian, however, starts life in California in a better position. While not living a privileged life, she witnesses a Mexican family of three jump from a moving train to come to America and immediately has an affinity for the Mexican people. As she moves through life with less auspicious outcomes than Carlos, Lilian’s life takes less joyous turns as she marries and subsequently divorces twice; struggles to raise her two daughters and falls into alcoholism and loneliness. Concurrently, she sees the blissful wedding of her Mexican maid; and has a sexual encounter with a young Mexican man. Throughout her tribulations we don’t feel Lilian to be a victim and that is thanks to Ms. Mason’s ability to give her Lilian the strength to struggle on. 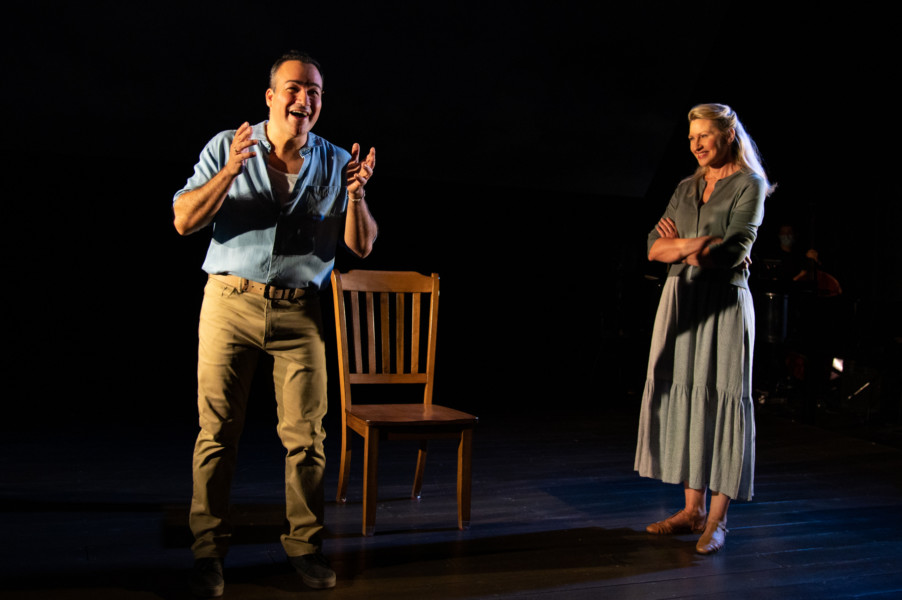 The evening is of course brought to life with these actor’s voices that give true feeling to Mr. LaChiusa’s music. This is not so much a musical but a tale of two people told through song. The structure of the evening reminds me of The Last Five Years, where two people tell their unrelated stories in alternating scenes but the payoff here is the surprising finale, when we see how their lives do cross and make each more whole than they would be apart. 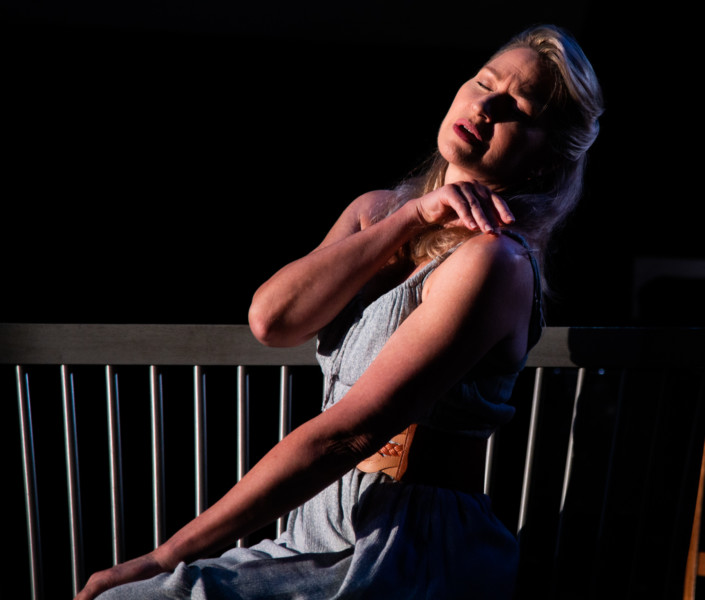 Both Ms. Mason and Mr. Samayoa have been on Broadway in the past, in large ensemble casts, and it is a joy to see them each spotlighted in this two person show where they can truly demonstrate their vocal talents. Mr. LaChiusa’s melodic score is a superb way for these two to shine. This evening with Lilian and Carlos and the music of Mr. LaChiusa is a wonderful treat for the ear and the heart. 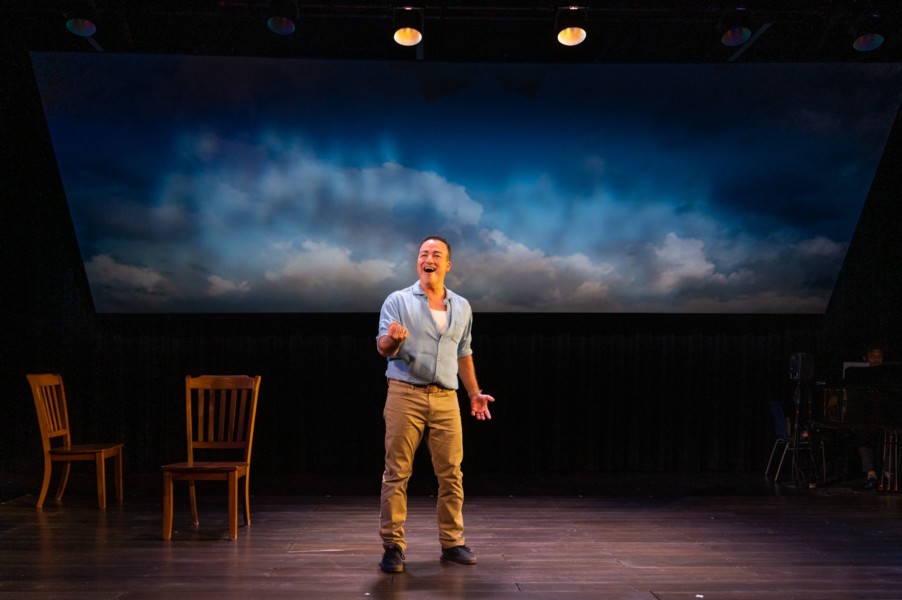