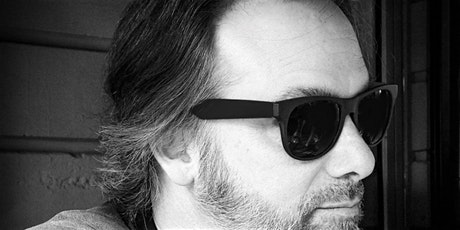 Birdland Theater hosted the award-winning composer/arranger Louis Rosen to celebrate the release of his ninth album, “I Don’t Know Anything”. This new album is sixteen-song cycle, in Three Acts,” with the title of each “act” offering a clue to the arc of the work: Act One – “I Don’t Know Anything”; Act Two – “My Third Act”; and Act Three: “A First Farewell”.

Louis’s music on this album blends folk, strands of country, jazz, rock and blues with sounds of another world. The lyrics cut to the soul of a man searching for himself. His lyrics remind me of Joni Mitchell and the album a little like Pink Floyd’s “Dark Side of The Moon”.

The opening track, Before the Window Closes, is life in all its innocence, before doubt slinks in.

Kathleen O’Toole is an affair that is begun, when infatuated by an older woman. Musically, it is a haunting Celtic sounding folk song. Marialena DiFabbio’s harmonies, along with the violin motifs and the horns create the shadows of the past.

The meditative I Don’t Know Anything, is a conversation between guitar, violin, cello, electric guitar, vibraphone and drums, but it also about how we start again and again reinventing ourselves. “The canvas is white – that’s where I start. I look at the sky, I open my heart. I don’t know anything”.

Guru, Please Tell Me, questions life and pounders the answers with a pounding rockabilly kick.

Limitless World has a hard-driving and groove and a statement that anybody can be whoever they want to be.

The instrumental Acquainted With Night, stunningly played by Andrew Stermanis, is a moment of reflections and contemplation.

“Act Two” begins with My Third Act, which has a Pete Seeger, Bob Dylan kind of feel.

The History of Friendship has got that jive feel, that adds hints of Hideaki Aomori’s flute that drives the mix.

Unknown Name, Unknown Number is a blues guitar song, while meeting the girl of your dreams.

On You Came, Too, Hideaki Aomori’s flute and a bass clarinet add a funky rhythm.

Slow Goes the Night, has a classical feel, as well as an oriental feel that drives the sleeplessness of the lyric.

The second instrumental interlude Later Than Never, sounds Mid-Eastern with a feeling of longing. This is the kind of song, I wish there were lyrics to.

“Act Three”: A First Farewell” begins with I Song This Song for You, with a latin cha-cha feel. Another start to life or is it a last hurrah’s?

What Are the Odds?, co-written with Art Perlman. Asks “Is there a life after life on earth?” and In the Hour of His Leaving a death of sorts. Has Rosen written his own eulogy

Morning Soul, feels pure and hopeful. A wonderful way to end an album.

I recommend this album to every music lover out there. You will feel as if you have been on a journey of the soul and are renewed and ready for more.