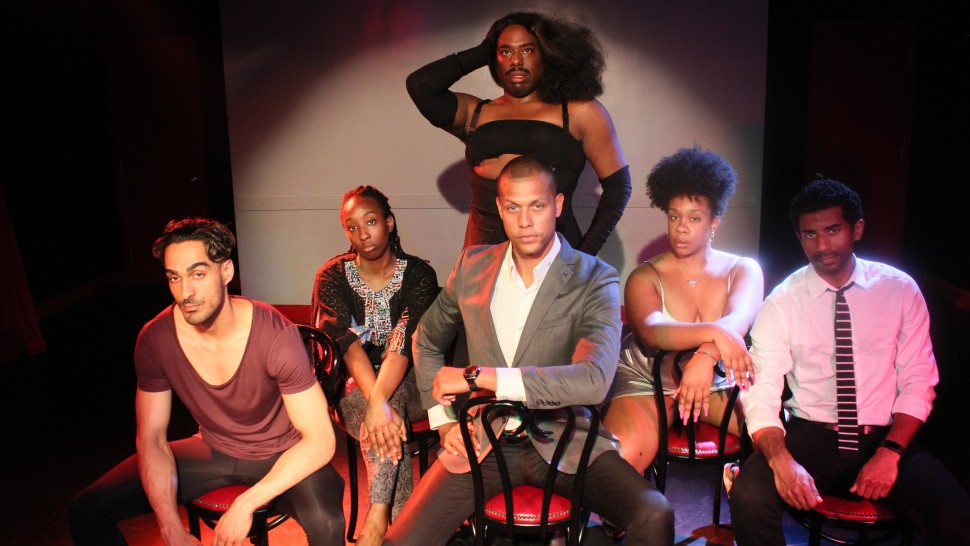 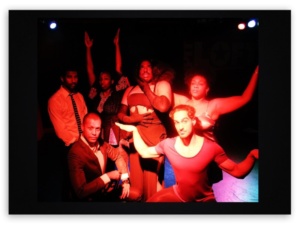 Among the art students, interns and future Broadway stars that represent New York’s young hustlers to the outside world, there are unsung heroes who, despite having heavily influenced the city, remain underground and marginalized. These are the stories told by “Le Blanc,” a theatrical saga about a black, queer man named Wellington, whose tales of love, tragedy and salvation through dance are an ode to those who don’t just live on these streets, but whose struggle and art has helped build them.

The tale of Wellington (Qwalee Summers, who also wrote and directed the play) jumps from the streets of San Francisco, where he escapes the foster care system, to New York City, where he becomes a successful vogue dancer – but not without becoming mired in a world that seems determined to see him fail.

Wellington tells his story while speaking to an interviewer (we don’t learn why he’s being interviewed until a shocking twist during Act 2), and he does so by telling the tales of his New York lovers. The play then hops back and  forth through time in a distinctly chaotic trip through the city’s cocktail parties, ball rooms, neighborhood groceries and gay bars.

“Le Blanc” touches upon a New York that is both romanticized and sidelined by mainstream media. While high rises, chain stores and wealthy gentrifiers take over the city, it can be easy to forget that the broke artists, club kids and dreamers haven’t gone anywhere. “Le Blanc” is at times a love letter to the incredible scope and uniqueness of a city where fortune can be found in a gender bending strip club and love between two men can happen in a Middle Eastern bodega. 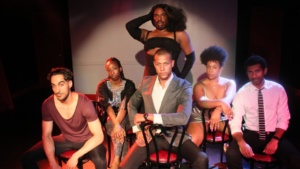 And then of course, there is dancing. The play’s dance scenes are inserted throughout the story, and their placement is a testament to art – and ball culture  –  as both a means of survival and a source of salvation. The dancing really takes off during the second act, when Wellington’s career is more highlighted; expect to see some great group routines and standout performances from dancers Ian Coulter Buford, Lucile “Frak” Graciano and of course, Summers himself.

While the play’s non-linear structure parallels the chaos and drama of Wellington’s life, the interludes of dance and social commentary within the interview create a sense of looking behind the scenes of a former diva’s grand, operatic life. Background music is a big part of telling the story, and it is expertly used to create atmosphere and setting, so that there isn’t much need for elaborate sets and costumes. The background ensemble cast also provides a sense of fun  as they switch from location to location. The New York City characters Wellington runs into include a pretentious vagina monologuer (Samantha Randolph), a crazy bartender (Breezy Leigh), hungry entertainment reporters and drunk club kids.

Through it all, Summers gives a performance that is at once raw and triumphant while also being organic enough to emphasize the reality of his character’s life.  In between tales of his lovers, we  learn about Wellington’s past as an abandoned child and his inability to find solace in organizations that supposedly serve marginalized children and adults. Summers’ script intimates why the streets can feel safer than a foster home, how police brutality can shatter young dreams and lives, and how the healthcare system can leave those who need it the most worse off.

In one of the most heart rendering scenes, Wellington and his orphan friends (LisaRoxanne Walters and Nick Dorvil) detail the abuse they experienced as foster children, after Wellington explains how darker children are abandoned by the adoption system. Summers’ script also goes in on elite feminism mainstream gay culture, both of which, according to Wellington, leave black and gender queer/trans voices behind. Wellington also reveals an alternative view of HIV clinics and the AIDS crisis in general. As a result of being misled or ignored by these societal forces, our main character continues to pave his own rocky path.

The play’s second act is at once shocking and affecting. The dancing among the downfall conveys the miles some must run to move an inch forward in the world, and how fragile that progress can be.

In the end, we learn that Wellington’s biggest blind spot is an inability to see that love is not something that he had to search for. It is quite cathartic when his childhood friend, Stefano (Nick Dorvil), tells him that he was always lovable and magical – and not despite of, but because of, who and what he is.

Wellington doesn’t deserve the outcome he faces, and the sad realities his story reveals, and with so much detail, leave a deeply moving and infuriating impression. However, his interviewer lets us know there is hope: if enough people hear Wellington’s story, then he, and others like him, could get the justice, equality and love that is their right.

“Le Blanc” is running a limited engagement through August 31 at The PIT Loft, 154 West 29thStreet in Manhattan.