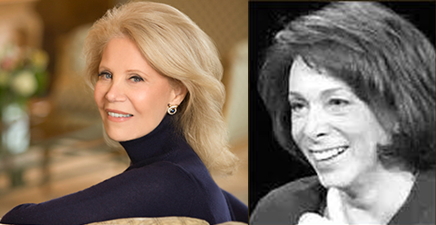 Daryl Roth holds the singular distinction of producing seven Pulitzer Prize-Winning plays and currently serves as the Co-Chair of the LPTW’s Advisory Council. Daryl will be interveiwed by Linda Winer, a many prize-winning theatre critic, who was most recently a drama critic at Newsday from
1987 to 2017. Join The League of Professional Theatre Women as she discusses her extensive life and work in the theatre. On Monday, November 6th at 6PM at The Bruno Walter Auditorium New York Public Library for the Performing Arts at Lincoln Center at the corner of 65th Street and Amsterdam Avenue you can be a part of this program produced by Betty Corwin, with Pat Addiss and Sophia Romma.

This program is made possible, in part, with public funds from the NYC Department of Cultural Affairs, in partnership with the City Council, and with funds from the NYS Council on the Arts, a state agency, with support of Governor Andrew M. Cuomo. The Oral History Project also enjoys continued support from the Edith Meiser Foundation.

She Says: Empty Chairs Will Have A New Meaning After Lonely Planet
Get Your Hair Blown Out For Great Cancer Awareness