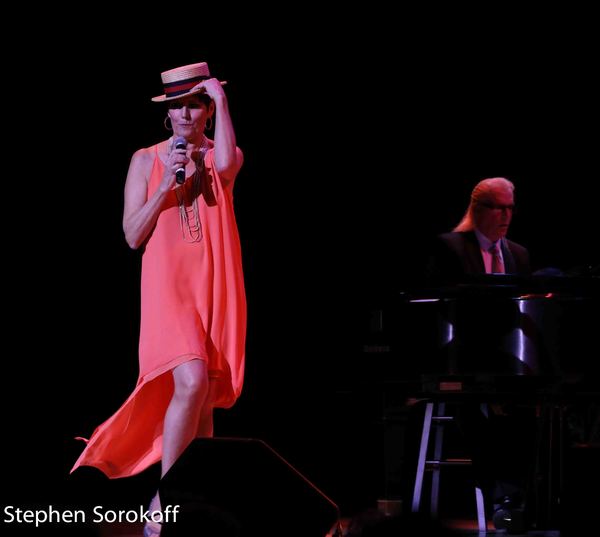 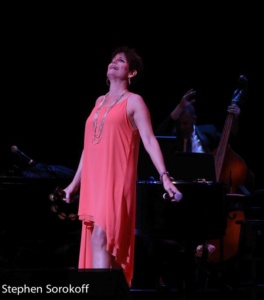 Lucie Arnez brought the music and story of her parents, Lucille Ball and Desi Arnez to Jan McArt’s Live at Lynn series at Lynn University in Boca Raton. 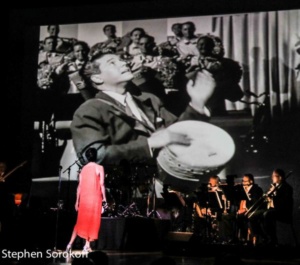 Latin Roots is an explosive and heartfelt show and a love note to the man who introduced La Conga to the United States, Desi Arnez. Ron Abel the renowned Broadway compose/arranger (HAZEL) and musical director conducted the exciting Latin orchestra staged by Tommy Tune who previously performed at Lynn. 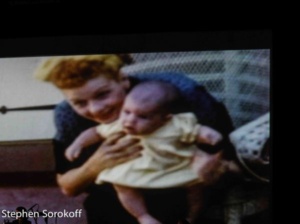 For nearly three decades, Arnaz has toured her critically acclaimed night club acts throughout the United States and Europe. She has performed the opening number at the Academy Awards and at the White House. Her CDs include Just in Time and Latin Roots. The celebrity filled audience that turned included music director and conductor of The New York Pops, Steven Reineke, media giant Ralph Guild, Broadway producer Jamie deRoy, Barrington Stage’s Eda Sorokoff, lyricist Chuck Steffan, The Muse Sunny Sessa, and singers Sandy Stewart and Deborah Silver all loving Lucie! 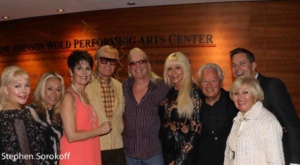