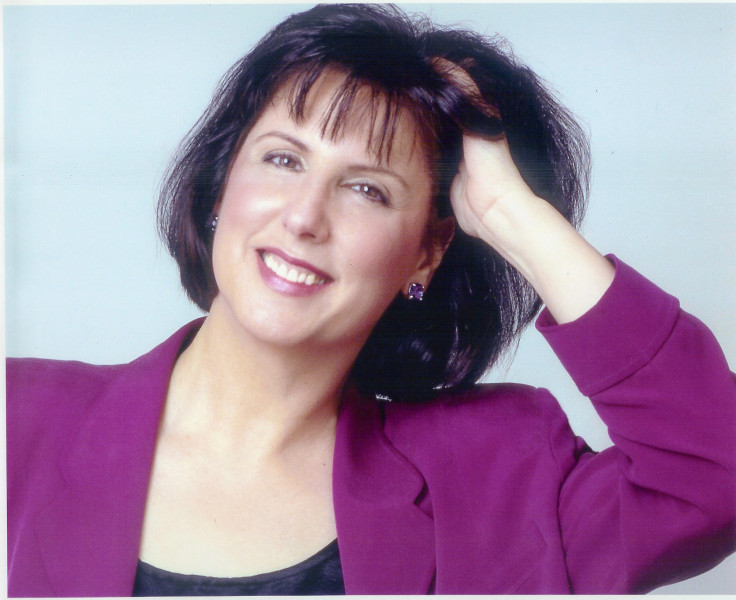 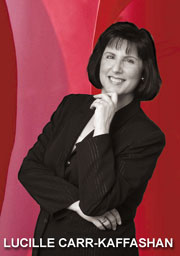 Lucille Carr Kaffashan is an interesting cabaret performer who understand lyric. She is also smart in her singing choices. Her material is from currant female singer/songwriters of the day and I have to admit, I did not know most of this material, which is rich in context and melodic in tone. She is backed by an incredible band consisting of Musical Director and Pianist, Jeff Cubeta, Sean Harkness on Guitar and Matt Scharfglass on Bass, the audience was transported into the emotionality of the material without worrying about vocal techniques or arrangements. Ms. Kaffashan has a wonderful range and a voice that sooths.

Starting off with the Natasha Bedingfield/Sara Bareilles “Unwritten” (2004) and “Chasing The Sun” (2013) which is also the title of her show was not the smartest of choices as they both have great lyrics but boring melodies. Ms. Kaffashan managed to add layers of texture with her voice. A better starting song would have been Susan Werner’s “Kicking the Beehive” (2010), which was sassy, fun and an audience pleaser. This country sound is really a good fit for Ms. Kaffashan who excels in this style. Taylor Swift’s “Shake It Off” (2014) added a bluesy undertone and with the added incidental lyrics a comedic touch that was hysterically funny. With Colbie Caillat’s “Try” (2014), Ms. Kaffashan took the lyrics, creating a world of her own which she brought the audience into. Susan Werner’s “Movie of My Life” (2008), was very Jacques Brel and I was reminded of a better Karen Akers with a range. Meghan Trainor’s “Dear Future Husband” (2015) and Ingrid Michaelson’s “The Way I Am” (2006) had a 50’s vibe while Adele‘s  “Turning Tables” (2011) had a rolling melodic look at life.

Sara Bareilles’s “I Choose You” (2013) needed more of a pop sound. One of the thing cabaret artists never remember is that with pop music you need to let go of your legit sound. With Kacey Musgraves “Biscuits” (2015) and Maddie & Tae’s “Girl in a Country Song” (2015) we were back to that fabulous country flavor Ms. Kaffashan really nails. In the later song a sexy heat lit up the room and Lucille really excelled in showing sexy is not an age but an attitude. Jewel’s “My Father’s Daughter” (2015) was very Judy Collins and the perfect Father’s Day song. “She Used To Be Mine” (2015) is for the Broadway musical “Waitress” and though sung well, was a bad choice considering Jessica Mueller is nailing the Sara Bareilles score and is Tony nominated. You never wanted to be so easily compared. But in the Tracy Chapman/Annie Lennox’s mash-up of “Change” (2005)/ “A Thousand Beautiful Things” (2003), Ms. Kaffashan showed what a performer she is, as she took charge and made these songs her own. Now the title song “Unwritten” made an impact and was perfectly placed.

Lucille Carr-Kaffashan has a lot going for her and I look forward to seeing where she goes. Coming to the cabaret world later in life, she has proved that she has the chops, has the talent and has the charisma that audiences will fall in love with. I don’t think her director David Hilder understands cabaret or this type of music. I found myself while watching this show wanting to direct her as there is so much potential. Small movements, the layout of the material all make a different. The best part about this show, was it was not overindulgent and I never got the feeling I was in somebody’s therapy session. Ms. Kaffashan has great interpretation that brings the music alive in so many ways, this is defiantly a singer to catch and to follow to see where she goes next.

Suzanna BowlingJanuary 12, 2022
Read More
Scroll for more
Tap
Barbra Streisand Is Coming Back in Concert
Melissa Benoist and Jeremy Jordan And A Line-Up Of Stars Celebrate Supergirl Alum, She Loves Me Laura Benanti