Lucille Lortel Awards: The Winners Heroes of the Fourth Turning and Octet 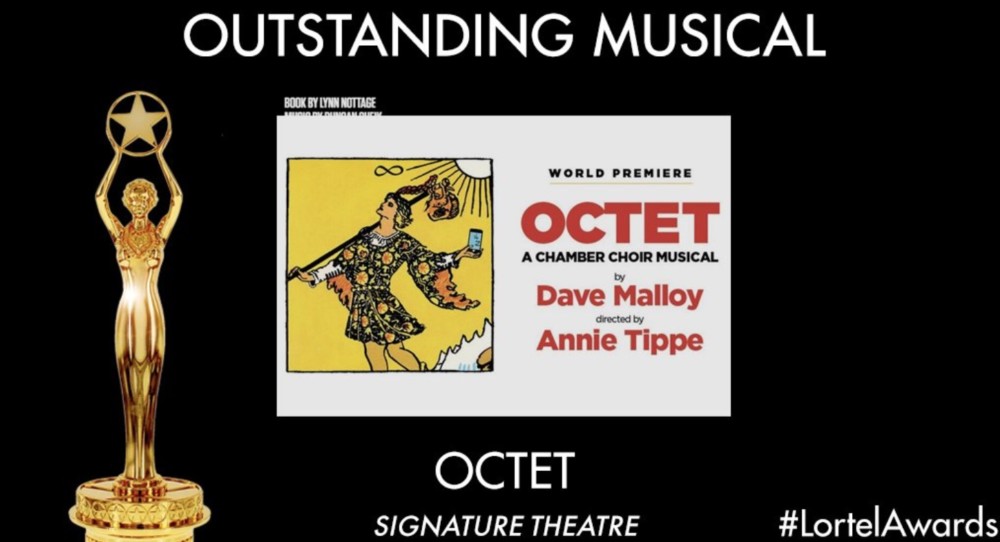 Lucille Lortel Awards: The Winners Heroes of the Fourth Turning and Octet

The 2020 Lucille Lortel Award nominations were announced by Jeremy Jordan and his wife Ashley Spencer. Tony-nominated actor and comedian Mario Cantone hosted the evening, with benefits from the event going to The Actors Fund and its efforts to help those impacted by the COVID-19 crisis.

Outstanding Revival: for colored girls who have considered suicide/when the rainbow is enuf

Outstanding Lead Actress in a Play: Emily Davis, Is This A Room

Outstanding Featured Actress in a Play: Michele Pawk, Heroes of the Fourth Turning

Outstanding Lead Actress in a Musical: Grace McLean, In The Green

Outstanding Costume Design: Toni-Leslie James, for colored girls who have considered suicide/when the rainbow is enuf