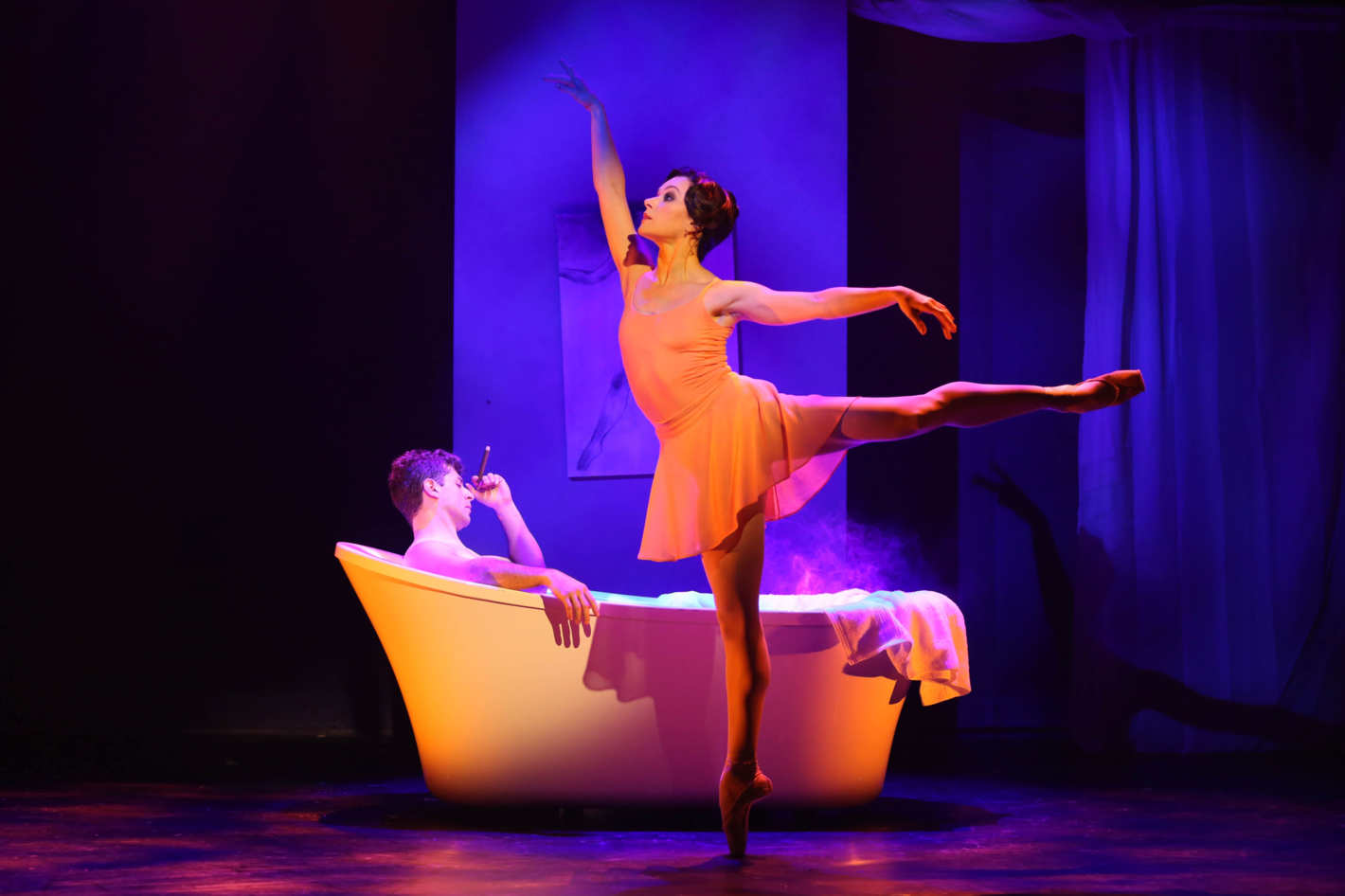 Lush, Poignant, and Utterly Sad John Kander and Susan Stroman The Beast in the Jungle Mesmerizes

Lush, Poignant, and Utterly Sad John Kander and Susan Stroman The Beast in the Jungle Mesmerizes 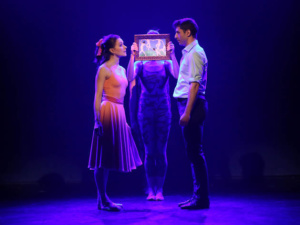 “I made sure I never had to face what I feared most: I was incapable of love.” 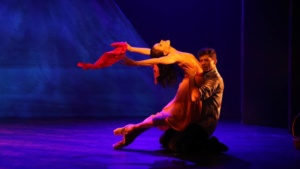 Unable to connect for fear of death is what the romantic John Kander’s (music), David Thompson’s (Script) and Susan Stroman’s new dance play, The Beast in the Jungle, conquers. With music that sinks into your soul, dance that twirls and jumps to attention, and a story that is heartbreakingly more common than we know, this piece – loosely based on Henry James’ novel – captivates. 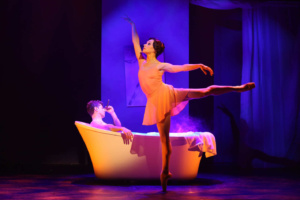 The show tells the story of John Marcher (the wonderfully cynical, Peter Friedman) who is on a quest of “the great mystical f**k”. But in reality, it is the story of a man who is so haunted by his past that he cannot connect, and because of this, his life is meaningless. He tells his story to his nephew (Tony Yazbeck), who then turns into his younger self.  We first meet him at a funeral where his beast lurks in the foreground, a constant reminder of what he can’t have. When he first falls in love with the lovely May (Irina Dvorovenko), it is Italy 1960 and the beast makes sure this true love is always put at bay. Various lovers come and go, but May is John’s heart – if he had one that was still intact. May is obsessed with Matisse’s study “The Dance,” which brings John back into her life. This time married, the chemistry between the two lovers is strong. It is not only John’s beast but her husband (a terrific performance by Teagle F. Bougere) who keeps them apart. When we finally discover how John and the beast became connected, our hearts hurt for this man who is so damaged that he punishes himself into loneliness.

Stroman’s direction and choreography are truly lovely and elegant. She keeps our attention and we feel for this man who is so lost within himself. Kander’s music is hypnotic and haunting. Thompson’s script has humor and pathos.

Michael Curry’s puppetry, scenic, and costume design are inventive with a simplistic approach that captures our imagination.

How many people’s pasts have created monsters or beasts that do not allow them to reach their true happiness? The Beast in the Jungle highlights this destructive behavior in a way that is a theatrical joy to watch.

Suzanna BowlingOctober 21, 2020
Read More
Scroll for more
Tap
A New Attitude: In Tribute to Patti Labelle – Dawn “Blesses” This Dynamite Showcase
Desperate Measures and This Ones For The Girls Set for Performances on the Intrepid Sunday