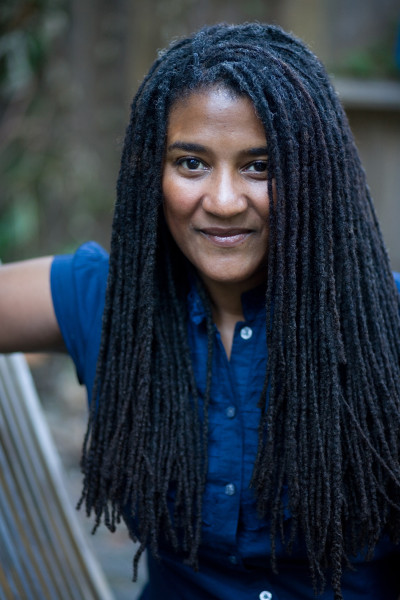 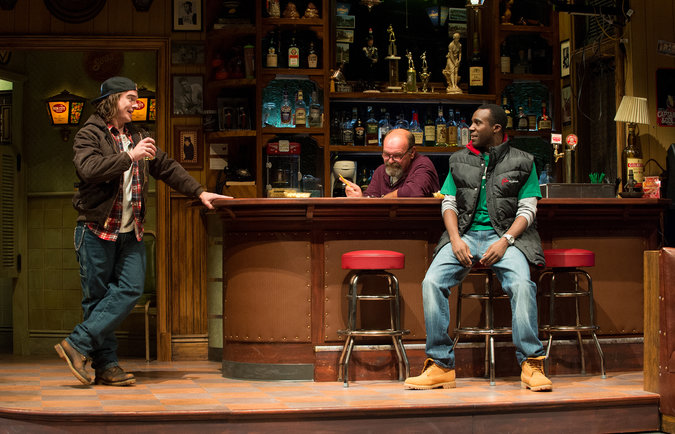 The 2016 Susan Smith Blackburn Prize has been awarded to U.S. playwright Lynn Nottage for her play Sweat, a searing drama about the ravages of America’s industrial decline. The announcement was made at the National Theatre in London on February 22, as the transatlantic theatre community gathered to honor Ms. Nottage and nine finalists for the annually awarded prize which celebrates women playwrights.

Tanya Moodie, award-winning theatre and film actor and one of this year’s Blackburn Prize Judges, presented Winner Lynn Nottage with an award of $25,000 and a signed and numbered print by artist Willem de Kooning.

Founded in 1978, the prestigious Susan Smith Blackburn Prize is awarded annually to recognize women from around the world who have written works of outstanding quality for the English-speaking theatre. Many of the Winners have gone on to receive other honors, including Olivier, Lilly, and Tony Awards for Best Play.  Eight Blackburn Finalist plays have subsequently won the Pulitzer Prize in Drama. These plays also benefit from the interest the Prize generates, often leading to productions at theatre companies throughout the U.S., Canada and the U.K.

Each Finalist for the Susan Smith Blackburn Prize received an award of $5000.

Bea Roberts (U.K)- And Then Come The Nightjars

Each year artistic directors and prominent professionals in the theatre throughout the English-speaking world are invited to submit plays. In addition to the U.S., the U.K. and Ireland, new plays have been submitted from Canada, Australia, New Zealand, South Africa and India. Over 150 plays were submitted for consideration this year.

Sweat is a searing personal and political drama, Sweat explores America’s industrial decline at the turn of the millennium by examining a group of close friends rocked by rumors of impending layoffs at the local steel mill. Sweat is the result of extensive interviews conducted by Nottage and long-time collaborator/director Kate Whoriskey, who spent two years visiting and interviewing residents of Reading, Pennsylvania, which was named America’s poorest city in 2011.  Writing about the play, Terry Teachout of the Wall Street Journal marveled, “It is Ms. Nottage’s special gift—I’m tempted to call it, in the old-fashioned sense of the word, her genius—to bring politically charged themes to dramatic life by embodying them in characters whom she portrays not as spokesmen for a cause but as ordinary people living ordinary lives.”

Lynn Nottage is a Pulitzer Prize winning playwright and a screenwriter. Her plays have been produced widely in the United States and throughout the world. They include By The Way, Meet Vera Stark (Lily Award, Drama Desk Nomination), Ruined (Pulitzer Prize, OBIE, Lucille Lortel, New York Drama Critics’ Circle, Drama Desk, Outer Critics Circle Award and Audelco), Intimate Apparel (American Theatre Critics and New York Drama Critics’ CircleAwards for Best Play), Fabulation, or The Re-Education of Undine (OBIE Award), Crumbs from the Table of Joy, Las Meninas, Mud, River, Stone, Por’knockers and Poof!. Her new play, Sweat, premiered at Oregon Shakespeare Festival and is currently playing at Arena Stage. In addition, she is working with composer Ricky Ian Gordon on adapting her play Intimate Apparel into an opera (commissioned by The Met/LCT).

She is the co-founder of the production company, Market Road Films, whose most recent projects include The Notorious Mr. Bout directed by Tony Gerber and Maxim Pozdorovkin (Premiere/Sundance 2014), First to Fall directed by Rachel Beth Anderson (Premiere/ IDFA, 2013) and Remote Control (Premiere/Busan 2013- New Currents Award) Over the years, she has developed original projects for HBO, Sidney Kimmel Entertainment, Showtime, This is That and Harpo.

Nottage is the recipient of a MacArthur “Genius Grant” Fellowship, Steinberg “Mimi” Distinguished Playwright Award, the Dramatists Guild Hull-Warriner Award, the inaugural Horton Foote Prize, Helen Hayes Award, the Lee Reynolds Award, and the Jewish World Watch iWitness Award. Her other honors include the National Black Theatre Fest’s August Wilson Playwriting Award, a Guggenheim Grant, PEN/Laura Pels Award, Lucille Lortel Fellowship and Visiting Research Fellowship at Princeton University. She is a graduate of Brown University and the Yale School of Drama, where she has been a faculty member since 2001. She is also teaching graduate playwriting at Columbia School of the Arts.

Greta Gerwig, most notably known for her Golden Globe-nominated performance in Frances Ha, made her stage debut as “Becky” in Penelope Skinner’s The Village Bike at the Lucille Lortel Theater in 2014 and will make her solo directorial debut this year withLady Bird, which she also wrote.

Sam Gold one of American theatre’s most notable directors, having directed countless Broadway and off-Broadway shows.  He won the 2015 Tony Award for Best Direction of a Musical for his work on Fun Home and the 2011  Best Direction Obie Award for  Circle Mirror Transformation.  He is Resident Director at Roundabout Theatre Company.

Jeremy Herrin is Artistic Director of Headlong Theatre.  Recent productions include the current Broadway production of Noises Off, Wolf Hall (Stratford, London and New York) and People, Places and Things which will transfer from the National Theatre to London’s West End in March.

Branden Jacobs-Jenkins is an American Playwright with Obie Awards for Best New American Play for his works Appropriate and An Octoroon.  Other plays include Neighbors and War. He is currently a Residency Five playwright at Signature Theatre and a Lila Acheson Wallace Fellow at The Juilliard School. Honors include a Paula Vogel Award, a Helen Merrill Award, and the inaugural Tennessee Williams Award.

Kate Bassett is an author and arts journalist. Currently a theatre critic for The Times, she has also reviewed for the Daily Telegraph, Independent on Sunday and TLS.  She is an associate professor of Creative Writing at the University of Reading and her biography of Jonathan Miller, In Two Minds, was shortlisted for the Sheridan Morley Prize, the Theatre Book Prize, and the 2013 HW Fisher Best First Biography Prize.