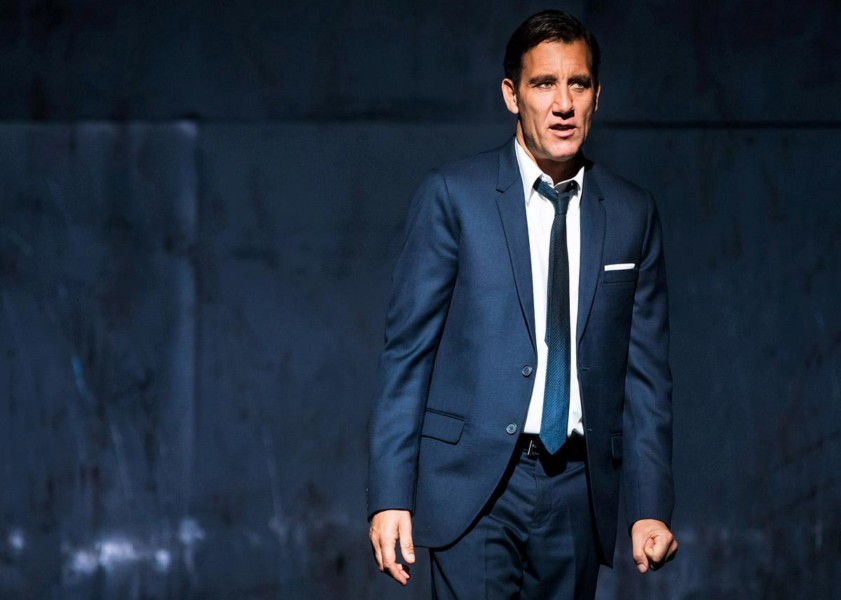 M Butterfly Where Relationships Are The Fantasy

M Butterfly Where Relationships Are The Fantasy 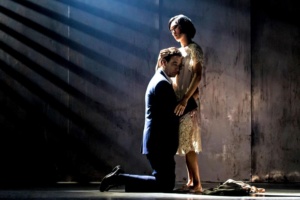 The revival of David Henry Hwang’s M. Butterfly at the Cort Theatre lacks chemistry and plausibility. Having never seen the 1988 Tony Award-winning best play, I was excited to finally experience this true-life story. Loosely based on real-life events, with this cast, it is hard to believe any of this ever happened. For those who do not know the story, opera lover and Frenchman Rene Gallimard (Clive Owen with a British accent) has long been infatuated with Puccini’s Madame Butterfly and the title character Cho-Cho-San. We first meet Gallimard in prison, as he tells his story. It began when Gallimard becomes a diplomat in China. Gallimard, a sexually repressed male is uncomfortable around women, so he marries a woman older than him for political reasons, but there is no love there. When he hears Song, a male Peking opera singer (Jin Ha), he begins an on-off 20-year affair. The problem is Gallimard believes that Song is female and an innocent, when in reality, he is male and a spy for the Chinese government. 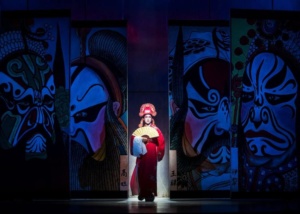 In order for this relationship to work, there must be chemistry between Gallimard and Song. In this production, there is not. I never believed that either was infatuated enough or in lust enough to make this story real. You also must believe that Song can pass as female and sadly I never believed that. Mr. Ha always seemed masculine to me, even when he was dressed to the nines. Gallimard must be conflicted, passionate, a delusional romantic, who is tortured enough to believe so strongly that Song can actually become pregnant. Clive Owens performance is lacking in any kind of substance. At times, it felt like he was reading the phone book. When the pregnancy is announced, I was actually shocked that Gallimard was stupid enough to believe this statement, especially in the scene where it happens. In the end, Gallimard’s response seems almost laughable, despite the tragedy, again due to a disbelief of the amount of grief that had to have resided within him. 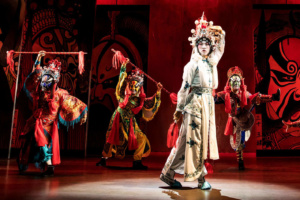 Even the East/West conflict is glossed over here, except for Julie Taymor and set designer Paul Steinberg’s clunky sliding panels.

The script has been revised, but I actually would have liked to have read the original, as I found myself feeling nothing for Gallimard and the deception played on him. I don’t even know if you can call it deception because it seemed more of an inability to not want to see the blatant truth. Gallimard comes off as a closet homosexual, who is forever stuck. In reading the true story, this definitely was not the case.

Taymor’s direction is heavy on the spectacle of the opera with lots of dancing, choreographed by Ma Cong, but if you have seen Chinese Opera even that wasn’t represented well.

This revival of M. Butterfly just lacks humanity and all those things that make us feel and are human.

Genevieve Rafter KeddyMay 21, 2022
Read More
Scroll for more
Tap
The Portuguese Kid: Low on Substance, High on Performance
Matthew Bourne’s The Red Shoes: To Dance or To Love, The Choice is in the Shoes