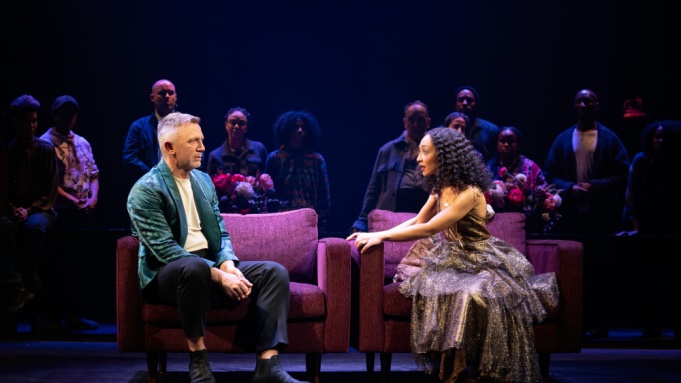 Was director Sam Gold high on some kind of substance when he revived Macbeth on Broadway? Despite the starry cast Daniel Craig (Macbeth), Ruth Negga (Lady Macbeth), Paul Lazar (Duncan), Asia Kate Dillon (Malcom) the non-binary actor from Orange Is the New Black and Billions, the theater babies Maria Dizzia (Lady Macduff) and Amber Gray (Banquo), no one is in the same play. Not only that, but only a few of these actors understand the cadence of Shakespeare. 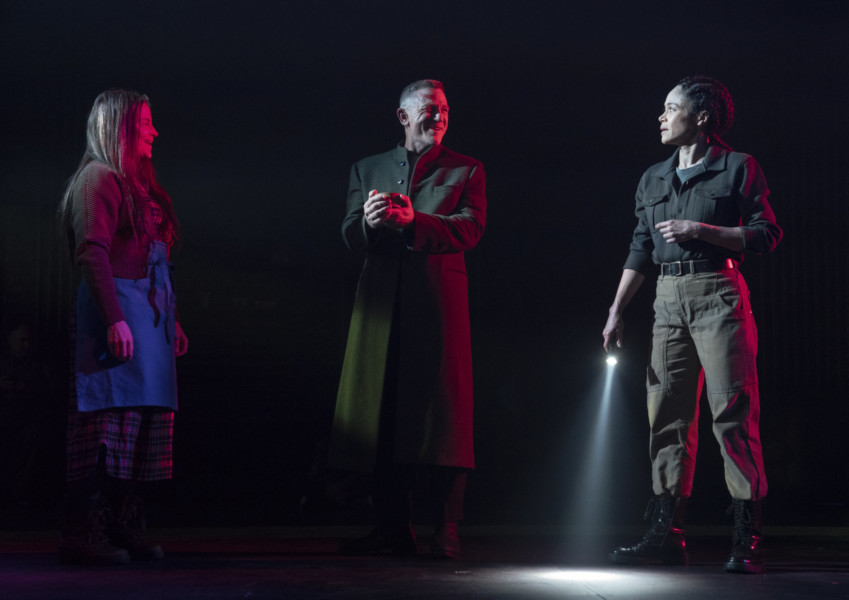 The set by Christine Jones is stripped down to bare basics. The costumes by Suttirat Larlarb are fabulous for Negga and not much for Craig, but the rest of the cast looks like they were clothed with thrift shop bargains or off the sales rack of H&M. Jane Cox’s lighting is for the hand held fog machines, green colored flashlights, blood that pours out of humans and walls, but not necessarily for humans. The dinner scene, however, was beautifully lit. The fight sequences by David Leong are done so poorly, you can see the actors miss each other by a mile. It seems most of the the budget for the show has gone to special effects designer Jeremy Chernick. 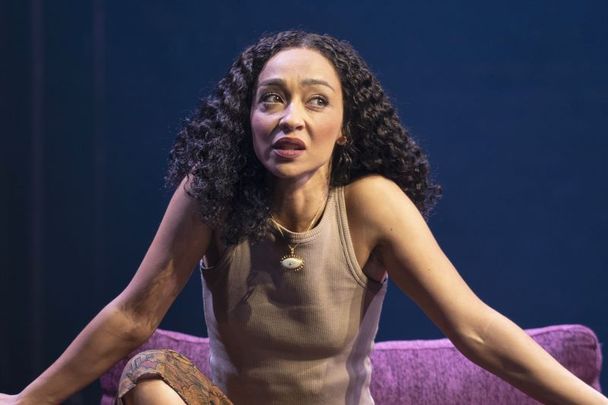 The one who shines here is Negga, who brings a radiance to the part. She is thrilling to watch. 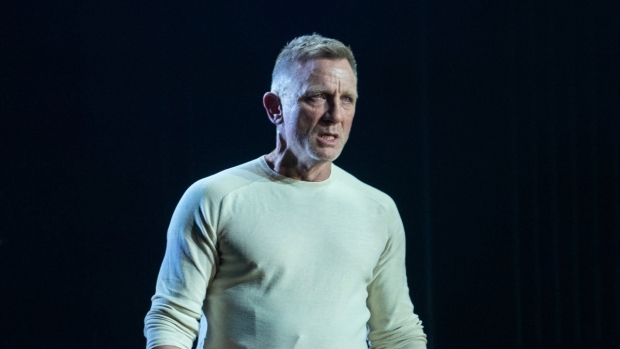 Craig is watchable and has the language that comes trippingly off his tongue, but both he and Negga are given a great disservice by Gold, who keeps them distant so they always are at odds. Craig does not get the chance to grow into a madman and Negga’s suicide is washed over. She is at the back of the stage for her death. The marriage of the Macbeths is at the core of “Macbeth,” yet Gold ignores it.

Macbeth now begins with Michael Patrick Thornton (Lennox) doing a comedic history lesson and telling us to help the witches with a spell. Instead of the witches beginning the play, we get stand-up comedy. Towards the end of the play Satan is mentioned, more than once, but that’s not in the text. Truly creepy.

The opening scene after intermission has Grantham Coleman (Macduff), Asia Kate Dillon (Malcom) and Phillip James Brannon (Ross) falling like a sledge hammer. Those audience members who didn’t walk out at intermission (at least a 1/3 of the them) walked out during this scene.

Gray as Banquo, is now a women, confusing considering the time frame. Then there is double and triple casting, which is so confusing when the whole cast becomes the witches and then one of the witches become Lady Macduff, her child and the doctor with no costume change or any other warning. Many audience members voiced their confusion out loud.

Some actors rise above the lack of direction, including Dizzia and Lazar.

The actor playing Duncan who looked like Old King Cole in the 1950’s cartoons.

The play ends with a kumbaya moment that was so out of place, that one has to wonder what Gold was thinking if he was thinking at all.

Gone is the poetry, the cadence, the spark of what makes Shakespeare great. Instead it is covered in fog so we don’t notice what is missing or what was been added.

Suzanna BowlingJune 22, 2022
Read More
Scroll for more
Tap
The Drama League Awards and You Are There
Fraver by Design