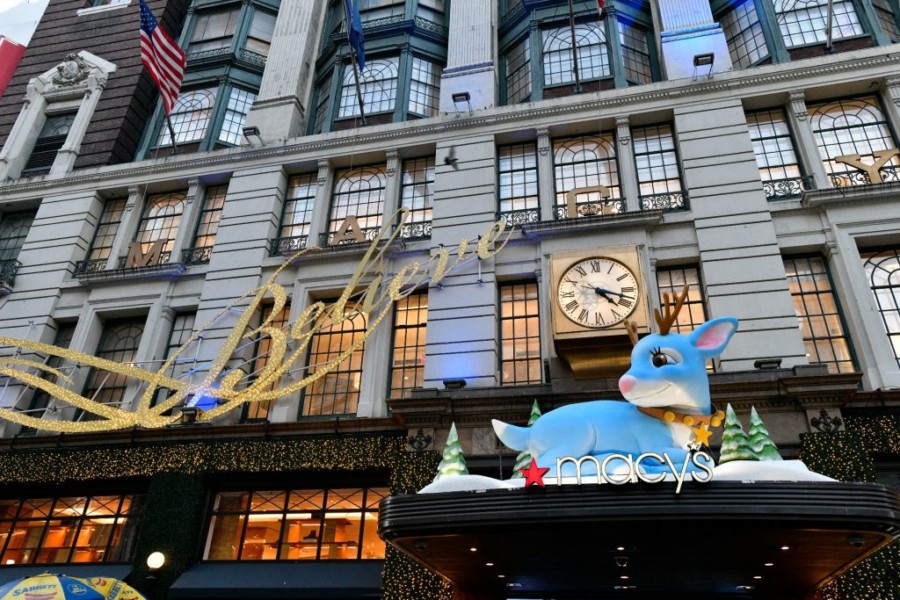 Macy’s Herald Square (34th Street) holiday window display this year is based on “Tiptoe, a bright-eyed reindeer on the verge of realizing her ultimate dream, to join Santa’s sleigh team and deliver magic around the world on Christmas Eve.”

The windows follow Tiptoe’s journey from daydreaming about being part of Santa’s crew, to going to “flight school,”to her friends ultimately encouraging her to chase her dreams (literally!). A much-needed reminder to BELIEVE.

“Macy’s Herald Square is the home for holiday magic and our iconic Broadway windows have for more than 100 years showcased animated wonders that inspire and delight,” said Manuel Urquizo, National Director of Visual Campaigns and Windows for Macy’s. “With Tiptoe, we have created a whimsical story highlighting the important power of belief and the joy and wonder of the season.”

You can see Tiptoe and her friends until January 1st.