Make Sure You Catch Storm Large 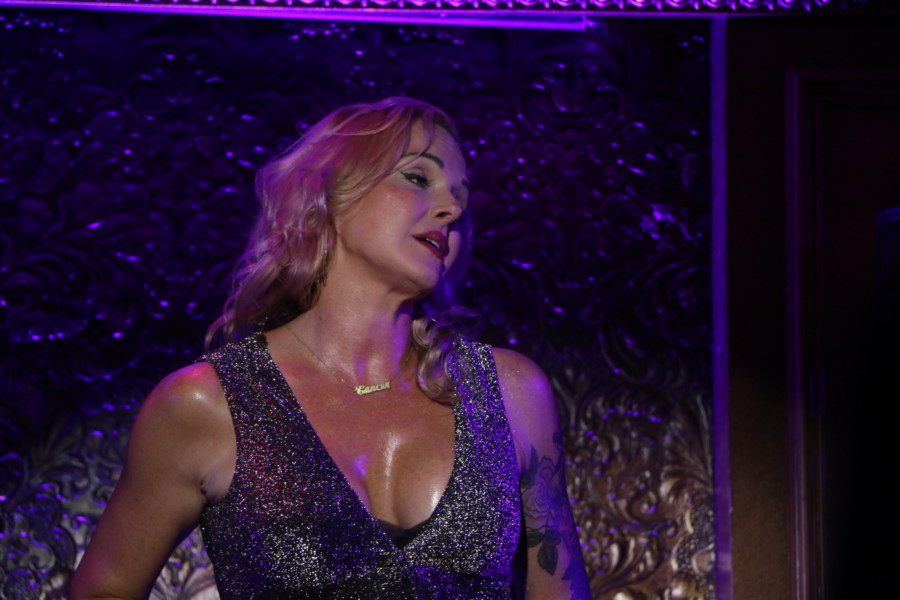 Make Sure You Catch Storm Large

Starting off with her signature song “I’ve Got You Under My Skin” at Feinstein’s/ 54 Below, Storm Large shows why she is part of the new America’s Got Talent showcase. This powerfully changed anthem sounds like it is brilliantly mashed with Alanis Morrisette’s “Uninvited”, which she sang later on in the set. This is such a genius move in so many ways. It is dark, it is haunting and it made me a fan instantaneously, the first time I heard it. Ms. Large has a singers, singers voice. She can sing anything flawlessly and it is mind boggling why she is not a huge star.

This Oregon based singer-songwriter, first came to national attention in 2006 as a finalist on the CBS show Rock Star: Supernova. From there she toured the world, singing in 17 different languages with Pink Martini. Storm is not for the faint of heart with banter that is risqué and in your face. For her next song a rocking Ozzy Osborn “Crazy Train,” which she nails and makes the broken heartbreaking theme for today.

Her band, The Balls, toured the US, Canada, New Zealand, Spain, Iceland and Singapore. Her musical memoir, Crazy Enough ran for five sold-out months at Portland Center Stage. Storm is also an activist, and performs with The Oregon Symphony in operatic. She released her first book in 2012, by Simon & Schuster. In Roger Waters’ “Brain Damage” Storm brings her rock sensibility and remembrances of David Bowie.

With model looks Storm is tatted and shining like a sequined rock Godess with expansive vocals, texture and range. She takes on Cyndi Lauper’s “She Bop” and makes it sexual, sensual and jazz infused. Her range and control is apparent in every song Ms. Large sings. In “Total Eclipse of the Heart” her nuances capture the era and lyrics. You can see this song here.

In “Where Is My Mind”, you see the under lying pain that allows Storm to give her all. With a four octave vocal range at her disposal, she peels the layers for an exposure that seems almost voyeuristic.

“8 Miles Wide” is from her one women  autobiographable show called Crazy Enough. Better known as, “The Vagina Song” this song is not for children, but you can hear the song here. https://www.youtube.com/watch?v=w5U-YT-mRmI

“Angel In Gas Station” is an original compositions of plaintive longing and ultimate desire, Large’s voice, here and throughout, provides endless textures of color and tone.

“The Story” shows off Storms a story-telling ability and the underneath pain that no one truly sees. You can also see her bond with piano player and musical director James Beaton. With a voice like Storm’s, who also plays the ukulele, tambourine and egg shaker combined with the masterful playing of Beaton you don’t need any other instruments. Their collaboration is soulful.

One of the best songs of the night was Storm’s original “Stand Up For Me”. Wearing her message on her sleeve. She is wild, messy, bruised with a voice that allows her heart to show. She believes in love and that is her message here.

Ending the night with “Somebody To Love,” she leads the audience to nirvana with self participation and vocal chops that are really something to see. Storm Large is unforgettable and a true super nova.