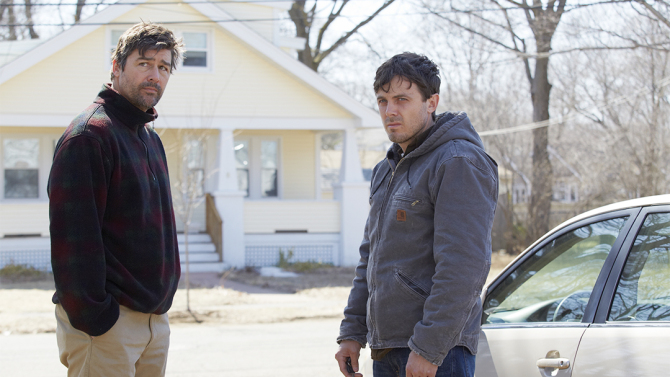 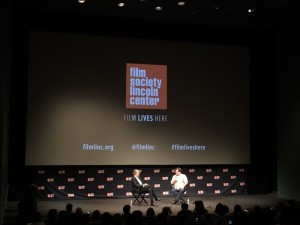 In the heartbreaking drama, Lee (Casey Affleck) is a man who may at first seem nothing more than a punk on the edge of self-loathing and hatred for a world that perhaps bores him and his path of laziness. But, at deeper evaluation this tragically flawed man pulls strings of sympathy at every corner.

After the sudden death of his brother Joe (Kyle Chandler), the younger brother Lee is made legal guardian of his son Patrick (Lucas Hedges). Lee returns unwillingly to his hometown and has to deal with both his separated wife Randi (Michelle Williams) and the North Shore community. Going back to his roots proves to be more than just a turmoil with his new life, it is also a flashback into painful memories that cut like a knife in the heart of a very vulnerable man.

A horrible personal tragedy in the past of Lee leaves repercussions felt across the family and the town. Like the sea, it washes away some of the images in the sands of time, but it never fully takes away the full place – the full broken heart.

Direction and performances are unforgettable. Kenneth Lonergan has truly created one of the best films of the year with a stellar script full of as much humor as painful agony. Affleck himself as lead is mind-blowing. The subtle nature of speech patterns mixed with shattering tears will leave you crying and questioning why life can be so cruel to one man.

Family ties run deep, but the sea can cut them. What this particular human unit has to endure is a tale that the waves carry to hit rocks over and over again. And, still the ship continues to sail.

The film is due for greatness in the film festival and beyond.