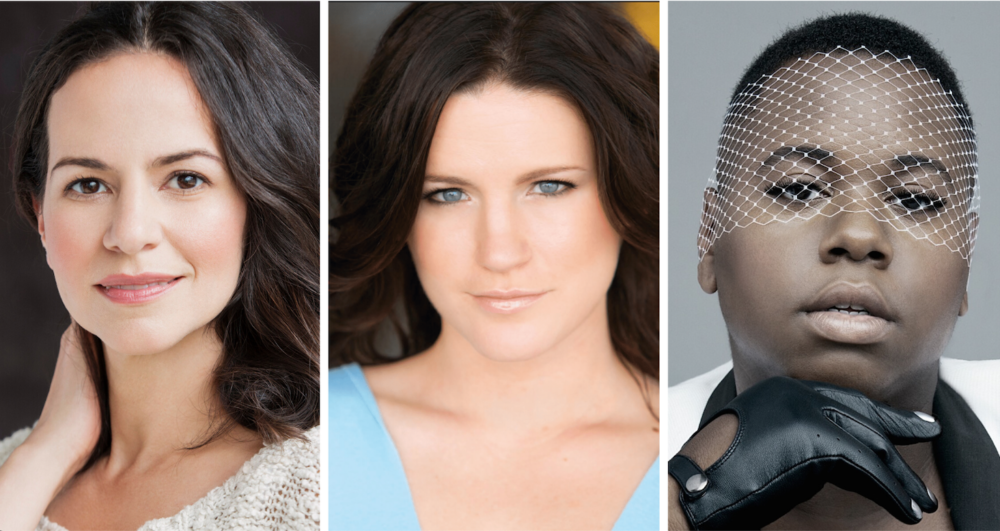 On Friday, February 14, 2020 at 8:00 p.m., The New York Pops will be joined by guest artists Mandy Gonzalez, Carrie Manolakos, and Alex Newell for I’m Every Woman: Divas On Stage. The concert salutes the power of the female voice, and pays tribute to Aretha Franklin, Whitney Houston, Barbra Streisand, Adele, and fellow icons who have transformed the world through song.

Called by Lin-Manuel Miranda, “one of the greatest singers on earth,” Mandy Gonzalez has thrilled audiences on Broadway, lit up the screen on television, and started a social movement. Mandy currently stars as Angelica Schuyler in Hamilton and as Lucy Knox on the CBS hit Madam Secretary.

Carrie Manolakos’ Broadway credits include Sophie in Mamma Mia! Carrie can be heard on the film The Greatest Showman and has been a guest artist with Hugh Jackman at the Metropolitan Opera House and around the country. She performed at the 2018 Oscars singing “This Is Me” and has sung with Phish at Madison Square Garden and with symphony orchestras across the globe.

Best known for his hit role in Fox’s Glee as transgender student Unique Adams, Alex Newell can be seen on the new NBC series Zoey’s Extraordinary Playlist opposite Lauren Graham and Jane Levy. Alex made his Broadway debut in the Tony Award-winning revival of Once On This Island.

Additional concerts in The New York Pops’ 2019-20 season at Carnegie Hall include: Find Your Dream: The Songs of Rodgers and Hammerstein on January 24 with Laura Michelle Kelly and Max von Essen; Movie Night: The Scores of John Williams onMarch 27; in addition to the orchestra’s 37th Birthday Gala honoring Kristen and Bobby Lopez on April 27.

Tickets are available for purchase at the Carnegie Hall Box Office or at carnegiehall.org.