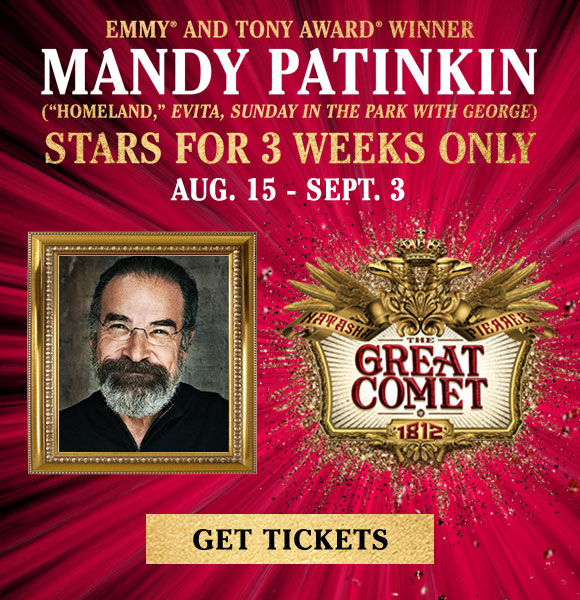 Mandy Patinkin Takes Over in Natasha, Pierre & The Great Comet of 1812

Mandy Patinkin Takes Over in Natasha, Pierre & The Great Comet of 1812 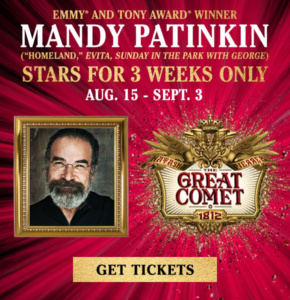 How do you replace Josh Groban? Mandy Patinkin of course. Patinkin beginning August 15th at the Imperial Theatre for 3 weeks. Patinkin will star opposite Tony nominated Denée Benton as Natasha. Okieriete “Oak” Onaodowan will play his final performance as Pierre on August 13th.

Patinkin won a Tony Award for his performances as Che in Evita and was George Sunday in the Park With George before Jake Gyllenhall. Broadway and stage appearances include An Evening With Patti LuPone and Mandy Patinkin and in The Last Two People On Earth: An Apocalyptic Vaudeville, also starring  Taylor Mac, directed and choreographed by Susan Stroman; The Wild Party and The Secret Garden.

He is best known to television audiences as Saul Berenson on Homeland.